We’re now on the third day of our 2018 Christmas Countdown and we’re getting more and more excited to see the man in the big red suit! What will he bring us? Will it be nice? Will it contain whisky? Let’s hope so!

Today, we’re looking at an award-winning bottle that would surely be gift of the year if you were tear away wrapping paper on the 25th to find this inside. Whoever got it for you would definitely be owed one (unless, of course, it was Santa). Without further ado, let’s get into today’s whisky – Ichiro’s Malt & Grain ‘Japanese Blended Whisky’ Limited Edition.

Ichiro’s Malt & Grain whisky is produced at the Chichibu Distillery, owned by Ichiro Akuto, a passionate Japanese whisky enthusiast (and now expert) who opened his own distillery out of love for the water of life.

The distillery sits in the idyllic hills of Chichibu, a small town 100km from Tokyo, and was founded in September 2004. Despite its short lifespan thus far, Akuto and his employees have already managed to create an incredible range of whiskies that experts and fans alike have immediately taken a shine to.

These range from the hugely popular White Label Malt & Grain whisky to a whole selection of rare and intriguing single cask offerings.

Chichibu produces both peated and unpeated spirit and their whiskies are generally very fruity, sweet and smooth, but not necessarily orthodox. They’re matured in ex-bourbon casks, ex-sherry wood, manzanilla wood or port pipes, but Akuto goes out of his way to make something that is a little bit different from the rest and this has already paid dividends, with the distillery picking up a whole host of awards for their expressions. 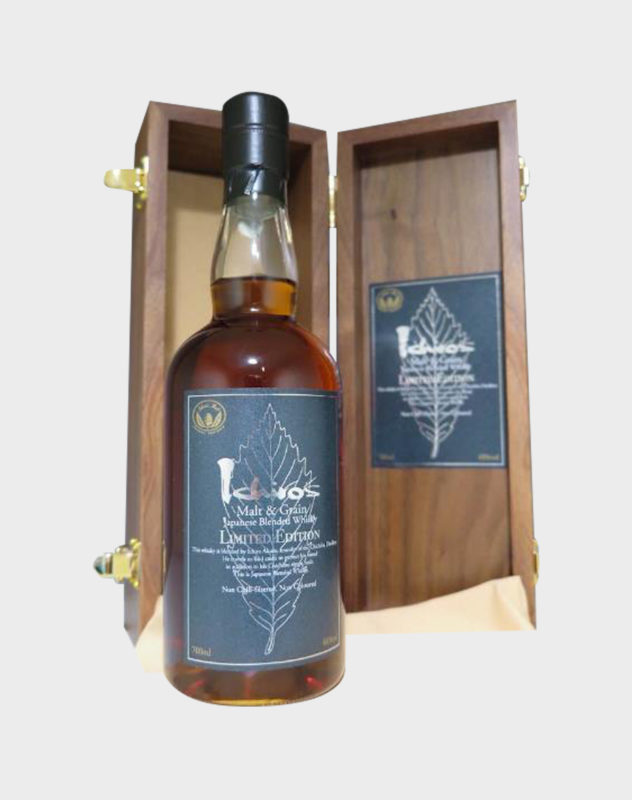 The previously mentioned Malt & Grain White Label is an enormously popular whisky in Japan and around the world. It is made from a mixture of single malt whisky from the Chichibu Distillery and top-quality grain whisky brought in from overseas.

In the simplest of terms, this Limited Edition version is like a super-premium version of that initial creation, but even that doesn’t quite do it justice.

The whisky brings all of the amazing characteristics of the White Label – peaches, apricots, butterscotch, honey, black pepper, a tickle of ginger, but it backs them up with a certain depth of flavour, roundness and complexity that is difficult to find in the original.

Released earlier in 2018, it was quick to make an impression – drawing the attention of reviewers and Japanese whisky enthusiasts around the world. It then went one step further when it picked up the highly prestigious award of “World’s Best Blended Limited Release” at the World Whisky Awards.

This may sound like a fairly niche category, and it is, but there are some superb expressions that fall into it and this Ichiro’s Limited Edition blend pipped them all to the title.

As a Limited Edition release and award-winner, it’s fair to say that this one is highly collectible and sure to increase in value as the years go by.

With 2019 around the corner, we’re all excited to see what Akuto and Chichibu have in store for us in the year to come, but for now we should take a moment to appreciate their incredible creations in the year gone by.

Whether that means adding this delightful limited edition to your collection, or getting  taste of the Malt & Grain range with the cheaper but also delicious White Label, is up to you, but one things for sure – Akuto knows how to make a quality whisky and for that we should show some appreciation.

If the Malt & Grain bottlings aren’t your thing, Ichiro’s and Chichibu have plenty of other delightful expressions to delight your palate.

They’re both interesting and limited whiskies that offer something slightly different from the norm, with the incredible distillery spirit and masterful blending and maturation, they’re also whiskies that won’t disappoint.