It’s Day 9 of our 10 day dekanta anniversary countdown, and today we’re honouring Japan’s most famous silent distillery. Yesterday, we looked at Ichiro’s Malt & Chichibu (if you missed that you can catch up right here), and we hope you all grabbed yourself a nice bottle at a discounted price.

Today, we’re looking at the most popular of Japan’s long lost distilleries, who’s whiskies are highly sought after by collectors around the world today. Of course, it’s the Karuizawa distillery.

A Little Bit Of History

The Sanraku Ocean distillery, also known as the Shiojiri factory, was a small whisky producer based in the Nagano prefecture. It was founded by Kotaro Miyazaki, owner of the Daikoku Budoshu Co.

Initially, in the years before WW2, it was used for producing wine, but they moved into whisky production post war. This change came when the company fell into the hands of Miyazaki’s grandson, who went by the same name – Kotaro Miyazaki.

They imported their grain from Nikka’s Yoichi distillery, among a number of others, to be used in the creation of blends, but in 1952 they began trying to produce their own malt whisky.

This move was meant to make them stand apart from the crowd; only big names in the industry were producing their own malt whisky at the time. But, as a small distillery, supply chains were short and limited and thus they never managed to get a consistent cycle of whisky production off the ground.

In 1956, production moved to Karuizawa where a new distillery was built. In 1962, Ocean/Daikoku Bodusho were bought out by the Mercian Corporation, who went on to become the most famous owners of the Karuizawa distillery.

Today, it is impossible to find whisky from the original Shiojiri distillery, though Ocean releases produced at Karuizawa are still around and highly collectible. 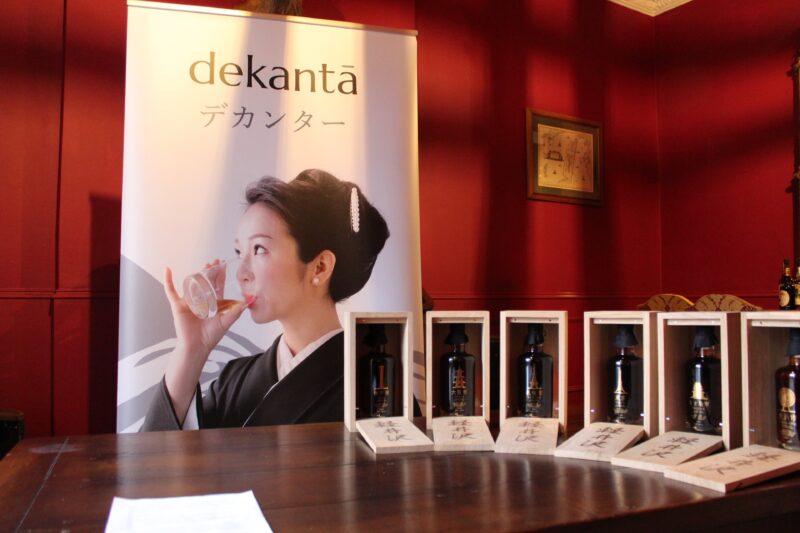 So, onto Karuizawa then, the most popular of Japan’s lost distilleries and also one of the most expensive. The liquid is some of the most sought after in the world today and fetches astronomical prices at auctions and whisky stores around the world.

Built by the Daikoku Budoshu Co. in 1956, at the foothill of Mount Asama, Karuizawa was a tiny distillery in an idyllic location. It operated for around 7 years before being purchased by the Mercian Corporation in 1962, but in this time consistent production never really got off the ground.

After 1962, things started to take shape and the distillery produced a rich, powerful single malt whisky that was to be used in blends, mainly sold under the Ocean brand. The distillery used Golden Promise barley imported from Scotland and this was likely one of the reasons behind the spirit being likened to sherried Scotch by many.

It wasn’t until 1972 that they managed to release their first single malt whisky, but sadly, the time taken to create such products, combined with a serious lack in demand for them, meant the business wasn’t sustainable.

Even though Japanese single malt whisky was growing in popularity towards the end of the 20th century, Kirin Holdings, who had recently purchased the Mercian Corporation, did not see it as worthwhile to keep Karuizawa, or Kawasaki (another of Japan’s now silent distilleries), operational.

Karuizawa was shut down in 2012, with all of their stock and equipment being sold off, most of which went to private investors.

The extremely limited amount of whisky remaining from the distillery, along with its rich, sherried Scotch-like character are what make it so popular today and if you’re lucky enough to get one hand on a bottle, never let go!

For the next 24 hours, you can save big on some of the finest Karuizawa expressions available, simply choose your bottles and enter promo code “KARUIZAWA15” to get 15% off your entire order.

15% OFF ALL Karuizawa BOTTLES