We’ve made it! It’s Day 10 of our 10 day dekanta anniversary countdown, and today we’re topping off celebrations by honouring one of the finest whisky brands in the world today. Yesterday, we looked at the silent Karuizawa distillery (if you missed that you can catch up right here), and we hope you all grabbed yourself a nice bottle at a discounted price.

Today, it’s all about Hibiki. So without further ado, let’s get into it.

Hibiki is a Suntory brand of blended whisky that was first introduced in 1989 to commemorate the drinks giant’s 90th anniversary. An impressive milestone that demanded an impressive whisky in celebration, and they hit the nail on the head with Hibiki.

The brand started with just two age-statement blended expressions, a 17 Year Old and a 21 Year Old. They hit the ground running as Japanese whisky drinkers set out to explore this new range from Suntory, and what they discovered was two incredible creations.

Since then, the range has only expanded further, in line with the popularity of the brand itself, with a 30 Year Old being introduced in 1997 followed by their famous 12 Year Old in 2009.

As Japanese whisky exploded onto the world market in the early 2000s, a time that is now affectionately known by those in the industry as “The Japanese Whisky Boom”, Hibiki rapidly grew in popularity and today it is seen as one of the most exceptional blended whiskies available worldwide.

One of the main catalysts in Hibiki’s rapid rise to prominence was the international recognition that it started to gain in the aforementioned period. This began with the Hibiki 30 picking up a trophy at the International Spirits Challenge in 2004 and 2006, but the whisky really hit the headlines in 2007 when it was named “World’s Best Blended Whisky” at the World Whiskies Awards.

The top awards at this prestigious event always significantly increase the popularity of the winner, and this, combined with the growing popularity of Japanese whisky in general, propelled Hibiki to the forefront of the industry.

Since then, the brand has only continued to grow, as whisky-lovers in all corners of the globe discover the harmonious flavour profile and characteristics of the masterful creations.

“Harmony” is a word that is often associated with Hibiki whisky. This started as a buzzword used in the brand’s marketing, but people soon realised that it wasn’t a marketing tool alone, it was in fact very true.

Those at Suntory have always seen blending as an art form, and indeed it is, arguably even more so than in the production of single malt whisky

Blending requires an incredible nose, palate and a deep understanding of the whiskies that you are working with, and what the results will be when two, three, four or more are mixed together.

This is never better explained than by legendary Suntory founder Sinjiro Torii who stated, “To become a blender at Suntory, one needs to be able to communicate with whiskies that cannot speak.”

This fantastic quote highlights the attention to detail needed by any blender, but also the skyscraping standards that those making Hibiki whisky are held to, so it’s no wonder the expressions turn out incredible. 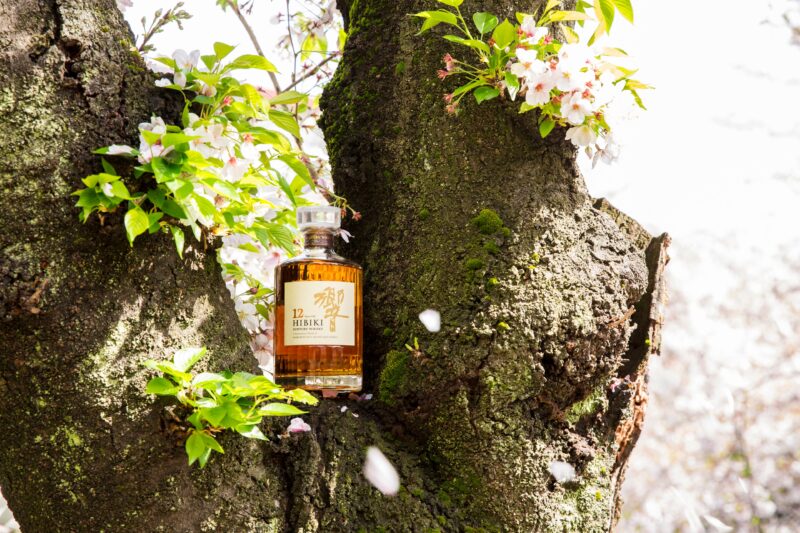 In terms of international recognition, Hibiki has built on its initial successes year on year, picking up an almost incomprehensible number of awards for their expressions.

The famous 21 Year Old has won the coveted “World’s Best Blended Whisky” award in six of the last nine years, an achievement that really can’t be overstated, particularly given how crowded today’s whisky world is.

The 12, 17 and NAS (non-age-statement) Japanese Harmony Master’s Select have also picked up Gold and Double Gold awards at highly regarded spirits competitions around the world.

To have such high levels of quality across a full range of whiskies is unparalleled in the industry. Making a world class blend is no mean feat, but to make upwards of five and have them all as part of your core range is absolutely extraordinary.

Hibiki Whisky has taken the world by storm, opened many people’s eyes to the possibilities within the blended whisky category, and enticed millions of fans and aficionados around the globe with their delicate yet complex characteristics.

A truly magnificent branch of Suntory that deserves more praise than we can possibly give.

For the next 24 hours, you can save big on some of the finest Hibiki expressions available, simply choose your bottles and enter promo code “HIBIKI15” to get 15% off your entire order.

15% OFF ALL Hibiki BOTTLES