Jim Murray, world-renowned author of the Whisky Bible and famed whisky reviewer, has sampled over 4,000 whiskies from around the world. In recent years, Japanese whiskies have made history-making appearances in Murray’s comprehensive whisky review books. He memorably named Suntory’s Yamazaki 2013 Sherry Cask the best whisky in the world in the 2015 version of the Whisky Bible. We’d like to share with you the results of the 2016 and 2017 Japanese whisky awards:

Multiple environmental factors, including the casks used to mature whiskies, affect the flavor of the spirit. Location and equipment choices are essential to producing the best and most unique whiskies possible. Suntory ensures the mizunara, or Japanese oak, takes centre stage in this exclusive Yamazaki Mizunara 2014. This commemorative bottle was released to celebrate the 30th anniversary of the Yamazaki brand being one of Japan’s first single malt whiskies available in the market. The Japanese oak gives the Japanese whisky an edge since it’s not available anywhere else in the world. The distinct flavors from the oak that infuse with the whisky contained inside the cask include coconut, sandalwood, honey, and vanilla. 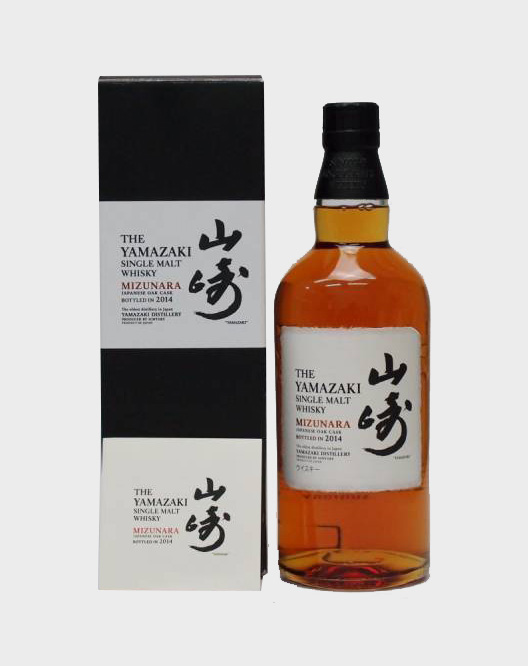 SMWS stands for the Scotch Malt Whisky Society, an online store that shares the love and knowledge of single cask malt whiskies,  so this Yamazaki 2003 release was made just for single-cask spirit lovers. The SMWS 119.14 reveals the cask number of the dram bottled. This Yamazaki was from a Spanish Bota Corta oak barrel and distilled in 2003. Rich with profound sherry sweetness and deep notes of dark chocolate, raspberry, and black coffee, this intense and warming whisky is bursting with luscious and exquisite flavors.

In 2015, Jim Murray named Yamazaki Sherry Cask 2013 the ultimate whisky. Now, this famous sherry cask whisky from Suntory appears again as the Japanese Whisky of the Year for 2017. Suntory is meeting customer demands since its Sherry Cask 2013 received a lot of attention after earning the title of best whisky in the world, and the 2016 release of this cask is even more impressive. Blended with selected whiskies from Yamazaki’s sherry casks, this no age statement single malt was composed by Suntory’s Chief Blender, Shinji Fukuyo. Only 5,000 bottles were released, making this another rare delight from Suntory. 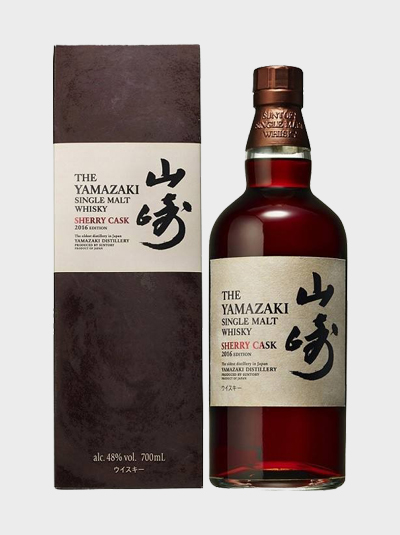 For more information about other award-winning whiskies, be sure to read our other blog post on 2016 Japanese whisky awards!