You know it, we know it, and more people are coming to realize it – Japanese whisky rocks.

Unique, harmonious, and innovative, the Japanese whisky industry is growing at a rapid speed. Some expressions by the largest producers are available all around the world, and smaller producers are working hard with their eye towards the horizon of exports.

Yet, even with the fast-paced growth and endless innovation, many of the wonderful expressions created in Japanese distilleries never make it overseas. Why? Well, despite what many may think, Japanese whisky is just as popular domestically as it is worldwide.

Decades before, the Japanese population started turning their back on domestic whisky, as a younger generation chose more modern drinks; whisky was left in the past. In the early 2000s, that all changed, and Japanese whisky started to rise once more.

Not making the same mistake twice, the Japanese population is now drinking up all the whisky large and small producers can make.

New bottles go up for sale and sell out in hours, even minutes. Enthusiastic fans, collectors, experts, and malt lovers alike are responsible, and as jealous as we are, we completely understand their passion.

With Christmas just around the corner, it’s time to start shopping. Why not give that special someone a gift they couldn’t get on their own, unless they boarded a fifteen-hour flight to the land of the rising sun?

You’ll only find these bottles in Japan.. and on dekantā.

This one you’d be hard pressed to find even in Japan, as it sold out approximately 60 seconds after release. The product page went live on the website of Japan’s liquor store chain, Shinanoya, and was gone in an instant.

The popularity of this bottling was expected, as it is a true piece of Japanese whisky history. The now popular Mars Shinshu distillery has had a rather difficult past. Established in 1985, the distillery couldn’t have opened at a worse time. The early 1990s were especially hard, as the domestic population was moving towards other drinks, like shochu, beer, and the “sexier” Scotch whiskies.

Mars shut down in 1992, presumably for good. Then, to everyone’s surprise it reopened in 2011, passionate and ready to never shut its doors again. It has been creating some amazing whiskies since.

This single cask that Shinanoya managed to acquire, due to their long, prosperous relationship with the distillery, was distilled in 1988 when the distillery was still young. Such releases are very rare, as the distillery blends much of the older casks with young stock, to create balanced blended expressions.

Featuring the famous “Dragon” from Shinshu’s Hokusai Museum on the label, this is one of the rarest whiskies in the world.

These exciting bottlings were released in Japan on September 26th, 2017. Only 1,500 bottles of each expression rolled out, of which only 500 made it to retail. The rest were distributed to Nikka partner bars and establishments across the country.

At 46% ABV, both releases deliver the Moscatel influence differently.

The Yoichi character brings forth intensity and power, which is balanced out with the sweetness and juiciness of the Moscatel. The Miyagikyo base is only intensified by the Portuguese wine, and an orchestra of sweet, fruity, juicy notes come forth. 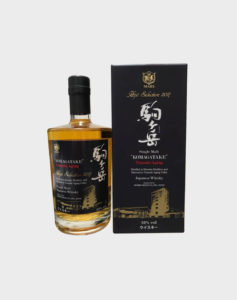 Another exciting release by Mars. Starting out, the spirit rolled off the stills at the Mars Shinshu site. The cask was then moved to the Hombo Shuzo Group’s second distillery, Tsunuki.

Located in Kagoshima, the huge climate difference of the two sites greatly alters maturation. Available only from the Tsunuki distillery, this single malt showcases the warm, humid climate of Kagoshima with a fruit-forward, delicate palate. 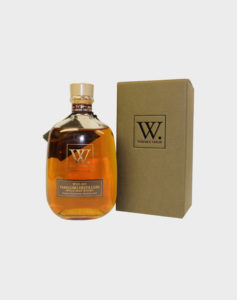 The W. Whisky Shop used to live in Osaka, and catered to whisky lovers from all over the world. The shop, sadly, shut-down several years ago.

The WSO-009 was the last in the series, wonderfully aged in sherry, bringing a great establishment to a majestic close.

This expression by the great Chichibu distillery was released exclusively in Japan’s Mitsukoshi Isetan department stores, with only 300 bottles available. 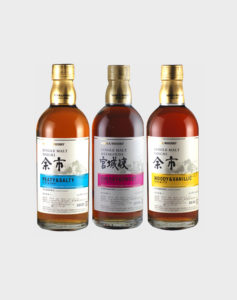 Showcasing their flavour profile right on the label, these expressions give drinkers exactly what they seek. Sadly, all the expressions are only available at Nikka’s two distilleries, Miyagikyo and Yoichi.

Each whisky brings forth a unique palate of flavours, from peat and salt, to sherry and sweet vanilla. Like most Japanese distilleries, the sites create many different flavours under one roof, and Nikka wants you to know that.

Check out the tastings notes of the Yoichi distillery exclusives.

Shop with us, or commence the bottle hunt in Japan. There are many, many more bottles exclusive to Japan, that many that listing them all would make this list endless. Information is available on each, individual product page.

Either way, we highly recommend you try some of the expressions above, for a first-hand look into the wonders of Japanese whisky.