The taxi drives around bends of dark green, up small streets, and past wide fields before I finally arrive at my destination. Outside some decorative cacti stand between rocks and other plants, a handful of casks are racked by the parking, and the sleek, modern Kanosuke distillery blends in with its natural surroundings. Kanosuke is one of the newest and most exciting craft whisky distilleries in Japan. The light wood and beige brick become one with the massive, 50-kilometre strip of beach just metres away, Fukiagehama. Inside the reception area, I peer out across a large strip of grass, to the sea beyond. Joined by president and master distiller, Yoshitsugu Komasa, he tells me that the space is used for events and barbeques. After all, the warm summers in Kagoshima mean spending a lot of time outdoors.

Kanosuke – From Shochu To Whisky

I’m taken through to the visitor’s centre where an in-depth history of the company behind the distillery, Komasa Jyozo Co., is displayed on the walls. It all started with shochu back in the 1800s, but the story of Kanosuke starts with a man of the same name, Kanosuke Komasa. Kanosuke’s father started the company and, after returning from the war, Kanosuke was inspired to transform shochu as a category, which was considered a cheap and flavorless drink at the time. After studying Western liquor-making techniques, Kanosuke created Japan’s first barrel-aged shochu, the 6-year-old Mellowed Kozuru. The expression is well-known in Japan’s shochu industry to this day and has won the company several awards. Back in his day, Kanosuke also drew up plans for a new visitor’s centre to be built next to the company’s shochu warehouses. While his vision didn’t include whisky-making, his plans were used as a blueprint to build the Kanosuke distillery. 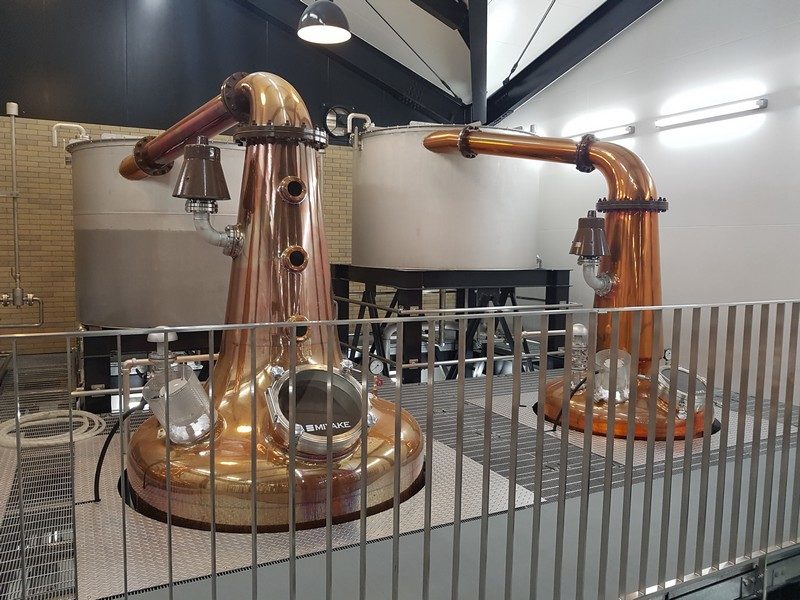 Yoshitsugu Komasa represents the 4th generation of the Komasa family and is leading the company into the booming whisky world. Yoshitsugu spent time working in Scottish and American distilleries, to learn the ins and outs of whisky-making.

Kanosuke has three different pot stills, an unusual thing for a small distiller in Japan. The goal is to create different styles of new make, in order to diversify the whisky and offer a variety of character across the distillery’s future expressions. The still shapes are different, with both ascending and descending lyne arms. This means that one type of new make is heavier while the other is lighter and fruitier. After sampling the different types in the distillery’s bar one can quickly taste the difference. The distillery is currently using ex-bourbon, sherry, and shochu casks, with most stored up in the shochu warehouses.

The sampling room is breathtaking. Seated at the large bar made out of a single tree trunk, large glass windows give way to the neighbouring stretch of sand and sea. Following the new make, I taste some spirit aged in shochu casks for around 5 months. Surprisingly, the wood has already imparted vanilla, fruit, and some floral notes. I’m excited to see what a few years in the wood will bring. 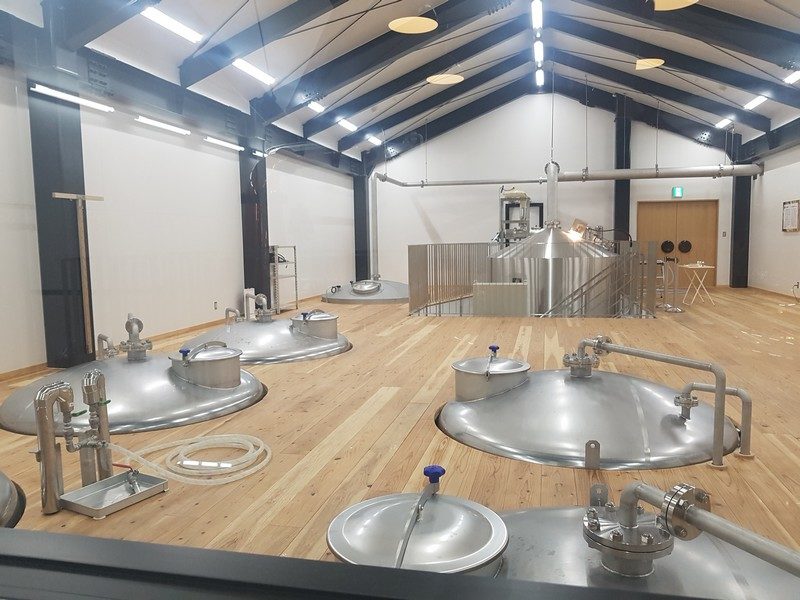 So far the distillery has released a new make expression, available for purchase online or at the distillery. Building on the spirit of collaboration, which is quite unusual for Japanese distillers, Kanosuke has worked with the nearby Tsunuki distillery on a flyer for tourists on Kagoshima’s growing whisky scene. The distillery has started attending domestic whisky festivals and is hoping to play a role in creating Kagoshima’s first whisky fair. According to locals and shochu enthusiasts, it’s clear that Komasa Jyozo Co. creates some of the most diverse and exciting shochu expressions in the industry. Here’s hoping they bring the same level of experimentation and innovation to Japan’s booming whisky scene.