Located on a small street near Ginza station in Tokyo, bar Marugin is usually packed. Smoke and steam rise up from the central kitchen and bar, as the chefs grill up an assortment of skewers and small Japanese dishes. Servers hold large Suntory tumblers under the highball dispensing machines, as the floor staff moves around efficiently. The atmosphere is raw and loud, the customers are jolly, and the bar’s charm is abundant.

To the unsuspecting, Marugin is just one of many local bars in Tokyo’s Ginza district. Once, however, you take a closer look, you’ll find the bar’s true significance in Japan’s booming whisky scene.

The Japanese whisky highball has gone global. Once a simple mixed drink of whisky and soda, the cocktail was redefined in Japan, as skilled bartenders turned the drink into art. Each step became instrumental; the addition of ice, stirring it, pouring the liquid, stirring it a certain number of times, adding the soda, stirring again. Watching a skilled bartender create a highball in one of Tokyo’s many high-end bars is a real treat. Honed and perfected in Japan, the cocktail is now spreading in the West. Mixologists in the US have adopted the Japanese way and tweaked it. Looking at the commercial angle, Beam Suntory is pushing Suntory Toki whisky highball machines from coast to coast.

The highball may be booming but back in 2008 it was simply another attempt at reviving a dying spirits category in Japan – Japanese whisky. Consumption of the now hugely popular spirit was at an all-time low and looking to revive it, Suntory launched the famed Kaku-highball campaign.

The use of soda, and not questionable water, made sure that the quality of the final drink would be of higher quality no matter which bar it was consumed at. The campaign was simple as its core, but by utilizing smart marketing strategies, it became a huge success. Over the years, by making different famous Japanese actresses the faces of the campaign, the drink grew more and more popular. 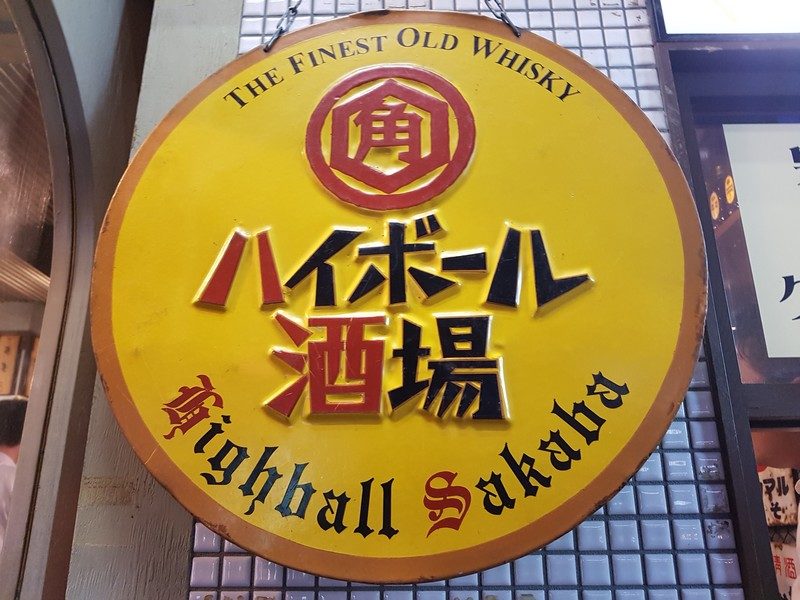 While the Suntory highball billboards featured actresses like Koyuki Kato from the hit movie, The Last Samurai, bars on the ground became instrumental in delivering the highball to excited drinkers. Marugin was the first place in Japan to introduce the Japanese whisky cocktail and was the leading bar across the country to popularize it. To this day, even though the bar serves other beverages, the Kaku-highball is the bar’s bread and butter. As I enjoy a cold highball with Hasumi Ozawa, of Suntory’s PR team in Japan, she mentions that she always runs into a few colleagues when she visits the bar. No matter how global and huge Suntory gets, they seem to stay close to what helped make them great.

While awards at international spirits competitions helped make Japanese whisky popular abroad, consumption only started to rise substantially after Suntory launched the highball campaign, a movement that the company, influencers, establishments, and bartenders worked together to push across the country. The drink is now everywhere, consumed widely in every corner of Japan, in bars, restaurants, and at home.

If ever in Tokyo’s Ginza district be sure to drop by the birthplace of the highball, but expect it to be busy.