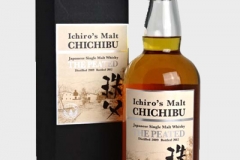 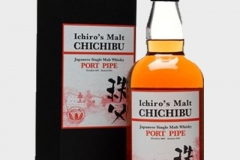 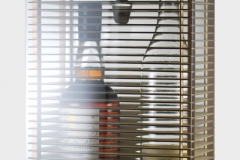 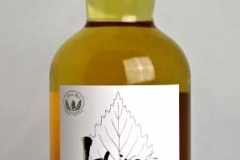 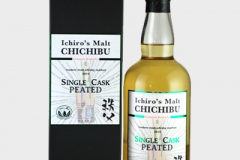 You’ve heard about Ichiro Akuto, right? If you haven’t, it’s about time you did! He is a rock star of the Japanese whisky world, and his family have been in the alcoholic brewage making industry since the 1600s. Ichiro’s father ran the Hanyu distillery and began experimenting with whisky making, until his unfortunate bankruptcy.

Ichiro founded his own distillery, named Chichibu, located in Saitama, just outside of Tokyo. He bought the stock from the >Hanyu distillery and marketed it under the name of The Hanyu Card Series – a series of 54 bottles now selling for over 100.000 USD at auctions.

He is also a dedicated man; travelling widely inside and outside of Japan, with the goal of finding the perfect formula for his whiskies. It goes without saying that as the Chichibu distillery is young, so are its whiskies. However, they improve greatly as each year passes. Our bartender at dekantā informs us that, although Ichiro makes progress each year, he has not yet reached his goal of perfection.

This, however, does not deter from the fact that Ichiro‘s whiskies are indeed exquisite, and best enjoyed straight or on the rocks. They enjoy a certain cult following, have an interesting story behind them, and are a must try for any whisky fans. The most inexpensive of Ichiro‘s whiskies can be bought for only a dime, while his best costs as much as you would expect a top quality whisky to sell for. Below are several examples:

Ichiro´s Malt and Grain Chichibu Blended Whisky is perhaps the most common entry point into the world of Ichiro. As the name suggests, it is made from both malts and grains. The bottle is 70 cl, with an alcohol strength of 46%. With a somewhat sweet taste, it is a great bottle for beginners.

Ichiro´s Malt Chichibu The Peated is heavily peated (or smoky to the amateur whisky drinker). It is a whisky of somewhat higher grade than the aforementioned malt and grain. Originally distilled in 2009, and bottled in 2012, this particular whisky is often described as ‘staggering’ and exceptionally better than most of the much older whiskies available. Its color is surprisingly dark for its age, and its taste is sweet. This whisky is reminds one of Port Charlotte, or perhaps Laphroaig, and is highly recommended.

And for those whisky drinkers who settle for nothing but the absolute best, Ichiro´s Malt Quarter Cask Strength is a state of the art drink. Distilled at the Hanyu distillery in 1991, and bottled in 2011 at quarter cask strength, this is as good as it gets. Ichiro’s Malt Quarter Cask Strength is also rare – so rare that keeping it on your shelf will do you no harm later in life!

Finally We also present a whisky so valuable, that it’s locked up in a cage to prevent whisky lovers from drinking it: The Kiyosato Field Ballet 26th Anniversary! Coming from the now closed Hanyu distillery, and bottled by Venture Whisky, this is a rare collector’s edition that will only become more valuable as time passes. The set commemorates the 26th anniversary of the Kiyosato Field Ballet and is an absolutely gorgeous looking collector’s edition.