In the last few years, a lot of people in the West have belatedly started to wrap their heads around the idea that whisky made in Japan can stand head and shoulders with anything made in the rest of the world. But Japanese wine? Does that even exist? Well, until recently, it might as well have not existed outside Asia. 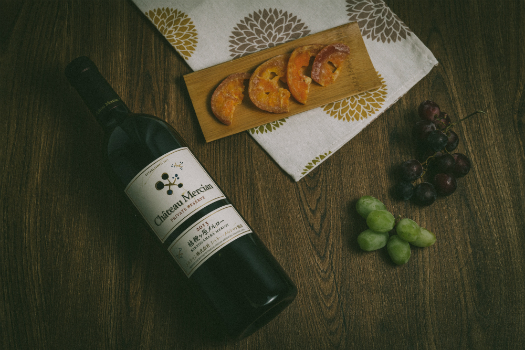 Japanese winemaking goes back to the 1870s, but production has always been small compared to other wine-producing countries, in part because Japanese consumers didn’t drink much wine (although that’s changing), and also thanks to the challenging terroir and climate, which made growing traditional vitis vinifera grapes like Chardonnay or Merlot difficult. Tatako Otaki, a Tokyo-based certified wine expert and board member of the Japan Sommelier Association (among many other titles and honors), explains it thus: “The [Japanese] soil is very rich and contains large amount of water, and there is limited sunshine – very different from the hot, dry regions that are well known for their wine production!”

The solution to the problem was, for a long time, to use non-traditional indigenous grapes, which had such an unusual and distinctive flavor that Western enthusiasts were hard-pressed to even consider them real wine. However, Otaki says, “Japanese wine producers are very adaptive and they have bred hybrid grape varieties to suit the Japanese climate. The uncommon growing conditions result in grapes that have a mild taste, and a light colour, and wines that are perfect for pairing with Japanese cuisine. And as time goes on, the quality is getting better and better.” Two of the best-known hybrid grapes are Koshu (for white wines) and Muscat Bailey A (for reds).

The Japanese Wine Industry Is Booming

Today, Japanese winemakers are upping their game and expanding their reach.  There are now more than 300 wineries throughout the country, a huge increase from even a decade ago, with the greatest concentration in the Yamanashi prefecture (which happens to be home to Mount Fuji). In addition to native grapes, Japanese winemakers are also using more traditional grapes; Tatano Otaki says, “Chardonnay and Merlot are becoming very popular in Japan. Pinot Noir and Cabernet Sauvignon are growing in popularity, and quality of the grapes.”

The result is wine that’s being appreciated throughout Asia.  In fact, a Japanese winery, Chateau Mercian, was just awarded Winery Of The Year in the 2019 Asian Wine Review, which judges wineries from a dozen countries throughout the continent. (While you’re here, check out dekanta’s selection of Chateau Mercian wines!)  It’s one of the older and larger wineries in Japan, along with big operations run by the likes of Kirin and Suntory, and one of the most highly acclaimed — in fact, this is its second Winery Of The Year award.

The growing demand for Japanese wine, both among natives who have formerly drunk imported wine exclusively and for the global market, means that vineyards across the country need to up their production — a great problem to have!  But there are a couple of issues standing in their way.  The primary problem is space. Simply put, in Japan there isn’t a lot of it.  And that can make planting new vineyards difficult, if not impossible.  The other major issue is the threat of climate change, which is emerging rapidly.  “In recent years,” Otaki says, “typhoon season has been getting longer and this has been challenging.”  She adds, “Yamanashi currently has the largest number of wineries, but the region is starting to get too hot, thanks to climate change.”

However, the industry is reacting to both problems. Small vineyards have been cropping up at an impressive rate over the last 10 years or so. “The small batch nature of Japanese wine is very interesting,” Otaki says, “and means there is huge diversity and uniqueness in the product range. Many wineries are family run companies, making wine in small batches of 15-20,000 bottles per year.”  Winemakers are also diversifying geographically, moving away from Yamanashi and opting to plant in other central prefectures like Hokkaido and Nagano.

Japanese Wine: The Next California?

Otaki sees a lot of room for growth in Japanese wine, but it’s based on increasing wine drinkers’ awareness, particularly outside Japan.  “Japanese wine is becoming more than just a novelty, developing from souvenir wines to great wines,” she says. “Introducing the category to a worldwide audience will take time and education.”  If you’d like to introduce yourself to some of the finest wines Japan has to offer, take a look at our “Wine Cellar” selection of Japanese wines. If you missed out on California wines before they exploded into global prominence, here’s another opportunity to be present at the beginning of a new chapter in the long history of wine.