Over the weekend, one of biggest, most popular whisky events of the year took place in London: The Whisky Show 2017. dekantā was, of course, in attendance, and we’re here to give all those who couldn’t make it an inside look at the event.

Now in its ninth year, the event took place in Old Billingsgate in the centre of London, and welcomed some of the world’s most famous and awarded producers and brands. Along with over 650 different whiskies to sample, the event was a huge success.

The annual event is a true wonderland for any whisky connoisseur. This year’s list of new and rare drams was cause enough to attend. Add the many master classes and free talks by some of the industry’s leading experts and you have yourself an unforgettable weekend.

New Diageo releases, a large range of American whiskies including the extremely rare Pappy Van Winkle range, a new release of Brenne from France, Canadian whiskies, and of course many amazing Japanese drams were all there, available for sampling.

Proceeds from the Whisky Speed Dating masterclass went to five different charities. During the class, five legends in the whisky industry, each with one rare dram, attempted to win over the attendees in 10 minutes. Suntory’s master blender, Shinji Fukuyo, won hearts with the amazing first release of the Yamazaki 25 year-old.

Other masterclasses delved into the wonders whisky maturation, distillation, world whisky, and American whiskey. Several Scottish distilleries and experts held their own masterclasses over the weekend, on topics as diverse as cask use and new products.

James J Fox, the oldest cigar store in the world, paired up with the Dalmore distillery to introduce guests to the wonderful world of cigar and whisky pairing. The pairings were sublime and several classes took place on both days, making this one of the main events.

A few book signings were held over the weekend for new, exciting whisky “tomes”, and fun whisky games and free talks were carried out on the main stage, for those who just wanted to stroll around and listen to something interesting as they sampled the many whiskies available.

An assortment of bites, which had been cooked or fused with whisky in one way or another, were going around for anyone feeling peckish.

A lot happened over the weekend, but we’re pretty sure that our fans are most interested in how Japanese whisky was represented at this huge whisky event.

Well, here’s all you need to know.

Apart from the mainstream samplings, there were some phenomenal Japanese whiskies available at the event, some of which, sadly, are not available to try anywhere else.

At Suntory’s stand, the line-up mainly included NAS expressions, including the Hibiki Harmony, the Yamazaki Distiller’s Reserve, the Chita, and the Hakushu Distiller’s reserve. The Hakushu 25 year-old was available on the event’s Dream Dram list, a range of extremely rare whiskies which can be purchased using special tokens.

At the Nikka stand, the big hitters were all available too, including the Coffey whisky range, the Taketsuru Pure Malt, and the Yoichi single malt.

At the Chichibu stand, Ichiro’s usual range of the Malt & Grain, Mizunara Reserve, and On The Way were available, but there were a few other exciting expressions for more seasoned Japanese whisky fans. 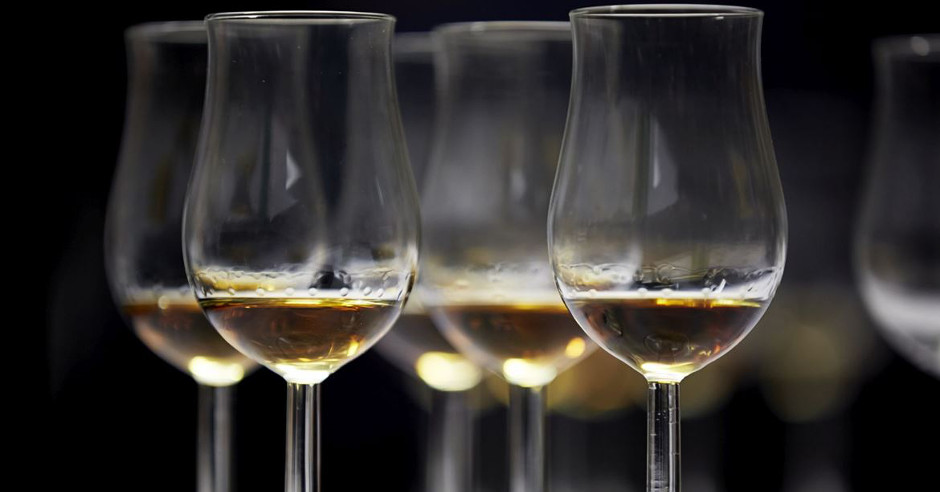 Samples of Chichibu’s recent IPA finished release, a Chichibu single malt exclusively bottled for London, and a 2017 peated release were being handed out to happy fans.

A special stand featured the brands of Akashi by White Oak distillery, Okayama by Miyashita, and Togouchi whisky by small producer Chugoku Jozo. Here attendees could enjoy several Akashi expressions, and almost the entire Togouchi range, from the 12 year-old to the 18.

Last but not least, the Whisky Auction team of experts brought us several very rare bottlings to sample, including the Hanyu Joker and the Karuizawa Golden Geisha set. Of course, all of these require Dream Dram tokens.

Some of the biggest names were in attendance this year, and we hope to see more and more Japanese whisky entering into the event’s Scotch-heavy line-up in the coming years.

Suntory Presents “The Art of Maturation”

This exciting masterclass was held by Suntory’s master blender, Shinji Fukuyo, who delved into the art of Japanese maturation.

The first, distilled in 2014, showed early signs of the Japanese oak but was still too young to truly capture its essence. Another sample, distilled in 1969, was used as an example of a Mizunara-aged whisky that had matured for too long, throwing the flavours of balance.

This will be used in Suntory blends in the future. As Fukuyo-san said, the flavour was overwhelming, bitter, and too acidic. The other Mizunara sample was aged for 15+ years and was the most balanced out of the three.

However, when masterclass attendees were given a sample of the new Mizunara 2017 Edition the winner was clear. It blew all the others out of the water. 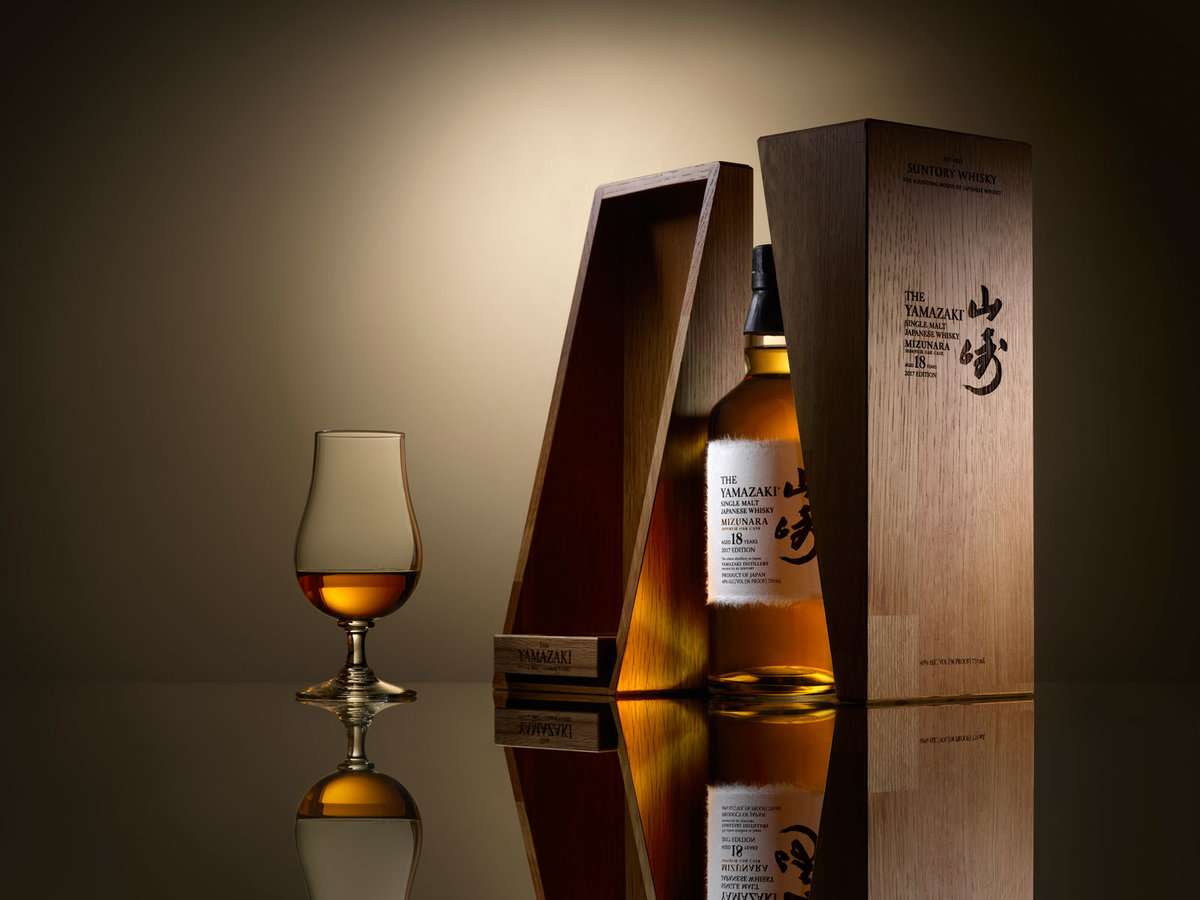 Fukuyo spoke on the impact different types of oak have on whisky across different maturation periods. Mizunara takes at least 20 years to truly influence the whisky it holds.He described the ever-popular Japanese oak in depth.It was a unique experience and an honour to listen to one of the greatest minds in today’s whisky industry speak on such interesting topics.

It was a unique experience and an honour to listen to one of the greatest minds in today’s whisky industry speak on such interesting topics.

Dave Broom on “The Way of Whisky: A Journey Around Japanese Whisky”

Several book signings took place over the Whisky Show weekend, but the most exciting one for us was Dave Broom’s singing of his new book “The Way of Whisky: A Journey Around Japanese Whisky.”

Dave Broom is a legend in the global whisky world and the spirits industry in general and has written numerous books on whisky, rum, gin, and wine. “The Way of Whisky” focuses on Dave’s personal journey across Japan and its distilleries, and his immersion in Japanese culture. 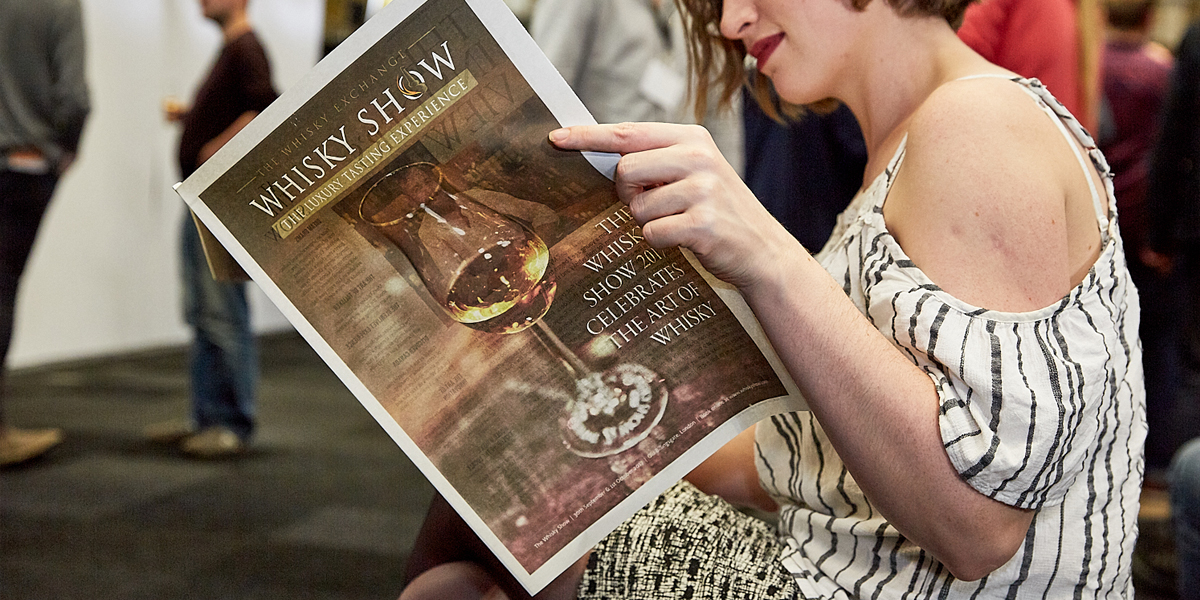 Dave documents his journey into the culture of Japanese whisky-making alongside photographer Kohei Take, and gives whisky lovers the world over some delightful food for thought.

The book will be released globally on October 5th, and we have an interview with Dave coming very soon, so stay tuned.

The Whisky Show was, once again, a huge success and we are delighted to see that Japanese whisky is becoming a stronger exhibitor each year.

Did you manage to attend the show this year? See anything we missed? Let us know!