From April 1st, the Japanese scotch malt whisky society will be passed over and run by a new company.

Whisky drinkers in Japan may wish to believe this is an April’s Fool joke.However, we assure you that after 16 wonderful years the previous owner, Whisk-e, will be passing the torch along, bringing great change not just for SMWS members, but for whisky lovers throughout Japan.

As a membership organization, the SMWS has branches and many members all over the world. In 2015, Glenmorangie, the previous owners of SMWS, sold the company to a group of investors which included Society members and avid whisky lovers. While everything has stayed relatively the same over the past year and a half, recent developments show the company is taking a slightly different approach and making some changes in the Society.

Several bottles by the Society can now be found in select Duty Free shops around Asia (to the dismay of some members), a move intended to show whisky enthusiasts what the Society has to offer. The entertaining Tasting Notes on the bottles remain, however, a new design approach featuring a color coding system has been introduced. This change is meant to help drinkers easily find the bottles closest to their taste preferences.

Most of the new moves show that the “new” SMWS is creating a more recognisable and marketable product, with the aim to spread globally and boost international sales. 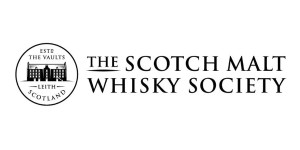 According to Kai Ivalo, the SMWS director, through the new ownership the company has been able to purchase more single casks than ever before. More tasting events have been promised, more partner bars will be established, and with a new website and more organized management, communication will be better than ever.

“Japanese scotch malt whisky society is an experience to be shared; we are not, and never have been, an elitist club. I’ve been part of the Society for more than 12 years and have seen it evolve and as a whisky enthusiast I believe there has never been a more exciting time to be a member.”

In the land of the rising sun, the reinvented branch will be known as SMWS Japan KK, but how well they will do, compared to their predecessor, Whisk-e, remains to be seen. Over the 16 years it was involved with the SMWS, apart from introducing many members and promoting the company through its many networks in Japan, Whisk-e also helped add many Japanese whiskies and distilleries to the Society’s roster.

Let’s hope the new SMWS has a bright and productive future, for the sake of whisky drinkers and members around the world and in Japan.