Wakatsuru Shuzo Co. Ltd., a Japanese sake brewery over a century old, obtained its license to distil whisky in 1952 and went on to build the only distillery in the Hokuriku region.  Unfortunately, the distillery struggled financially, and the distillery building itself fell apart. The company had to shut down its whisky production, but things are about to change. Approximately ¥38 million (about $334,000 USD) was raised through crowdfunding in just three months–significantly more than the initial ¥25 million (about $210,000 USD) goal, showing that many people wanted to support the rebirth of this once-closed-and-broken-down distillery. The whisky distillery is expected to finish construction by June 2017, with the total cost of repairs reported to be around ¥65 million.

Takahiko Inagaki, the board director of his family’s sake brewery and the leader of the whisky distillery revival project, decided to bring back the distillery after sampling a 1960 whisky from the remaining stocks, describing the dram as “extremely multilayered, revealing the taste of time.” Inagaki’s goal for the distillery is to produce “genuine whisky” from the region and provide tours of the only distillery in Hokuriku, which is a northwestern area of the Honshu mainland surrounded by the Sea of Japan. Hokuriku hasn’t been a particularly famous tourist attraction in Japan, but Lonely Planet named it one of the Top 10 Best in Travel 2014, raising the international profile of the area. In 2015, a bullet train, the Hokuriku shinkansen was built and has provided easier, faster transportation to this lesser known travel hot spot.

Much Japanese history is retained in the scenic and historical Hokuriku region; specifically, the Kanazawa city that is known for being “Little Kyoto” because of the present-day working geisha that roam the streets. The Fukui Prefectural Dinosaur Museum, the Kurobe Unazuki Onsen in Toyama Prefecture, and the Kenrokuen Garden in Kanazawa are some of the best places to visit when you’re Hokuriku.  Once the Wakatsuru Distillery has completed construction, we’re sure the tours of this distillery will make it one of the top places to see and experience in this seaside region. 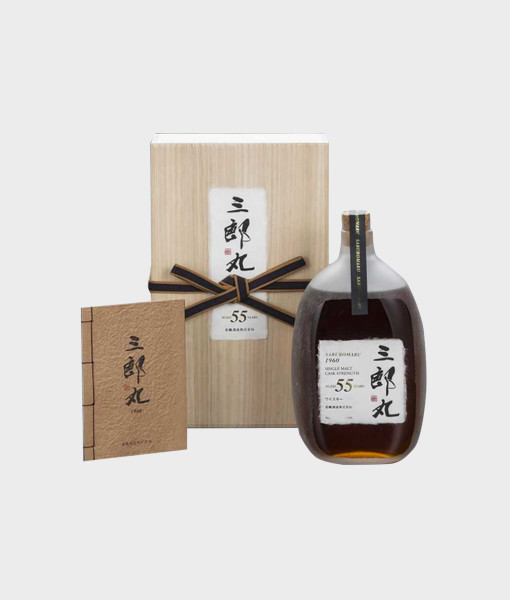 Compared to larger Japanese whisky companies, having a smaller distillery brought back to life and operating again (soon) is a major step toward expanding the Japanese whisky market. Even Hombo Shuzo Co., the parent company of Shinshu Mars Whisky, built a new distillery called Tsunuki and plans to release a special edition bottle for the 2020 Tokyo Summer Olympics. Similar to Venture Whisky’s Chichibu Distillery, Wakatsuru will start off small, but we hope to see them grow. With the new Wakatsuru Distillery coming back to life this summer, we’re expecting a unique line of whiskies from this distillery.

“Whisky takes several years from production to shipment,” said Inagaki. “I hope people will become fans [of our product] after seeing where it is made.”