The assumed inferiority of blended whisky originates from the mistaken belief that blended expressions comprise the bad-tasting whiskies the Scotch distilleries don’t want. And this belief has lingered throughout the years.

Sometimes change must come from the outside. Enter Japanese blended whisky. The word premium was attached to Japanese blended whisky, and pushed across the globe. Age statements were added to blends, 17 Year-Old, 21, 30, meaning that every whisky in the blend was at least as old as the age stated on the bottle.

On a global scale, the Hibiki whisky range by Suntory was and is, arguably, the most influential in changing the world’s perception of blended whisky, and in helping certain Japanese blends assume a similar premium image to the one the single malt category enjoys.

The Hibiki bottle design is known for having 24 facets, each one coming together to deliver a natural harmony that is, perfectly, Japanese. Over the years the Hibiki blend has grown, adapted, and changed leaving behind a wonderful array of bottle designs. Some were made in commemoration of certain events, others bottled to celebrate Japan, while some were replaced due to a shortage of aged stock, and to cater to the modern consumer. Here are some of the most well-known Hibiki bottlings, each representing a facet in the premium blend’s journey. 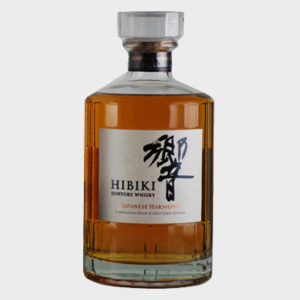 The most accessible and readily available of Hibiki whisky, the Harmony can be found far and wide and is the most affordable bottle in the range. As the shortage of aged Suntory stock grew, the renowned Hibiki 12 Year-Old was replaced with the Harmony. The distillers worked hard to combine malt from Yamazaki and Hakushu, and grain from Chita, to create this smooth, easy-drinking NAS blend, and maintain the quality Hibiki whisky is renowned for. 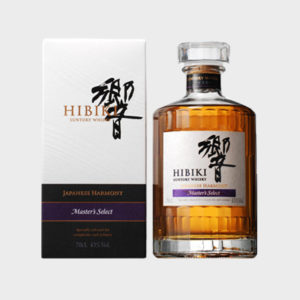 The Harmony Master’s Select take things up a notch, and many claim it rivals the younger aged Hibiki expressions. But that’s a matter of taste. Released in 2015, the Master’s Select is gorgeous, smooth blend, bursting with tropical fruit, creamy vanilla, and cinnamon. The blend comprises over 10 different malt and grain whiskies, hand-selected by Suntory’s master distiller from all three sites. 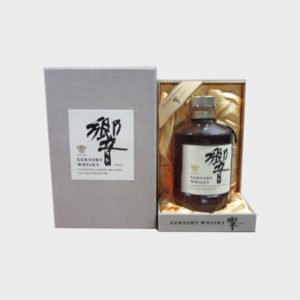 Things change over time. Suntory has approached the Hibiki brand in many different ways, changing both the design and liquid over time. Here we have one of the older Hibiki releases, featuring liquid that went on to make Hibiki what it is today. The bottle and label are a little larger, yet similar to what the current bottle designs look like. This a piece of history, tasting the past can tell one much about the present, and the strides taken to get here. 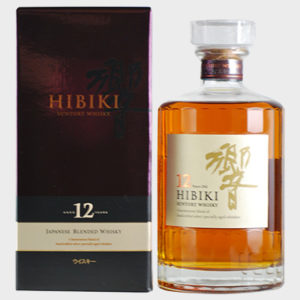 The discontinued 12 Year-Old. We see many whisky fans regret not buying more bottles of this, back when both the rarity and price of the expression were less than one-third of what it is today. This bottle is very hard to find, and not cheap, but there’s something romantic about owning a bottle that is no longer in production but still so loved across the globe. My bottle is almost empty. 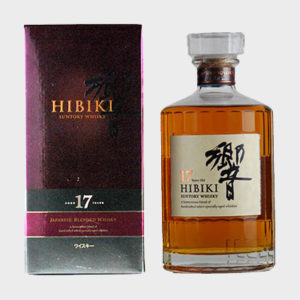 As the age increases so does global demand. The Hibiki 17 sells out immediately after it reaches Western stores. A similar situation is taking place in Japan and across Asia. Like the Yamazaki 18 and Hakushu 12, this is one of those bottles you just can’t seem to find, and when you do, the price tag hurts. Comprising whiskies no younger than 17 years old, the Hibiki is a smooth, elegant blend showcasing the passage of time in Japan. Spring freshness brings the spice and hotness of summer, leading to the warm, creamy onset of fall. 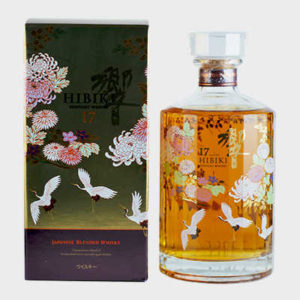 Taking the loved Hibiki design to the next level, the Hibiki 17 Kachofugetsu features a scene with scattered chrysanthemums and flying cranes. The phrase translates to Flower, Bird, Wind, and Moon. The 4 Kanji (Chinese characters) strung together are known as yoji-jukugo, of which there are hundreds, each phrase with its own meaning. This one means, “experience the beauties of nature, and in doing so learn about yourself.” Whisky and art, what more do you need? 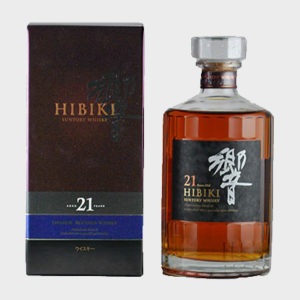 I often wonder if this one still needs an introduction. It’s been named the world’s best-blended whisky on numerous occasions and is one of the most sought-after Japanese whiskies in existence. The dark label is iconic, and the bottle holds a whisky praised far and wide, in every corner of the world. Many believe that blended whisky was redefined in Japan, as the Japanese attention to detail led blenders to seek out the subtlest of flavours, creating a palate of balance never seen before. If one bottle could define this timeless mission, it’s the Hibiki 21 Year-Old. 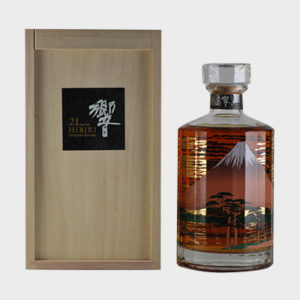 The Hibiki 17 sees it’s more artistic counterpart in the Kachofugetsu release, mentioned above. Well, the 21 has its own. When we all thought the Hibiki 21 couldn’t be topped, Suntory released an edition which showcases Japan’s famed Mt. Fuji. Released in 2013 to commemorate Japan’s highest mountain being added to the UNESCO World Cultural Heritage list, this bottle will go down in history as one of the most beautiful Japanese whisky bottlings to ever be released. 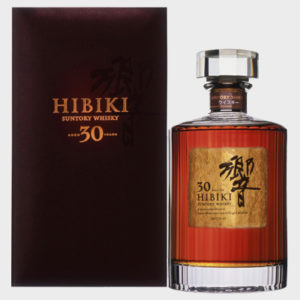 Up we go once more, with the Hibiki 30 Year-Old. If you’ve read this far then you can probably guess. This blend comprises of whisky aged for at least three decades. Words can’t describe this bottle’s rarity. The terms rare and limited simply won’t do. The whisky is phenomenal, and an expression every whisky drinker should try at least once, to understand how close a blend can come to perfection. Here are my tasting notes for Distiller.com:

“Orange marmalade, rich dark chocolate, and apricots come first. Then, aromas of coffee, pepper, and tangerines. The nose is complex, to say the least. Oak and spice lead the palate. Nutmeg, cinnamon, and pepper blend in with rich oak, thick caramel, roasted marshmallows, and sweet malt. The long finish brings a touch of spearmint through the dark oak.” 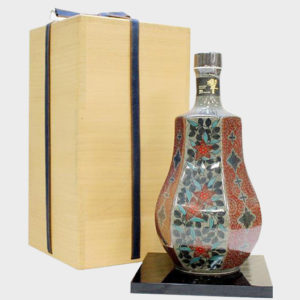 This expression contains some of the oldest Hibiki whisky in existence. Suntory has released a series of ceramic containers featuring the Hibiki but this one, in particular, is my favourite. The hexagon container was made by the 13th Imaemon Imaizumi, a ceramic artist of Iro–Nabeshima and a ‘Living National Treasure’ of Japan. With only 150 containers available, the release is almost extinct. Last year saw a bottle sell for over $17,000 on Bonham’s whisky auction in Hong Kong. An iconic piece of art born through a collaboration between one of Japan’s greatest artists and whisky makers.