It’s Day 6 of our 10 day dekanta anniversary countdown, and today we’re honouring one of Japan’s most famous whisky producers. Yesterday, we looked at Nikka Yoichi (if you missed that you can catch up right here), and we hope you all grabbed yourself a nice bottle at a discounted price.

Today, we’re looking at one of Japan’s most popular whisky companies that operates two distilleries, is responsible for a range of outstanding releases, and has a rich history dating back to the late 1800s – it’s Hombo Mars!

Founded in 1872, Hombo Mars, or Mars as they are more commonly known, started out producing Shochu, much like many other whisky producers around Japan.

It wasn’t until 1949 that they acquired a whisky license, but production didn’t actually begin until 1960, a whole 11 years later. At this time, the Mars distillery was based in Yamanashi and it was managed by Kiichiro Iwai, one of the lesser known legends of Japanese whisky.

Iwai was a close friend and colleague of “The Father of Japanese Whisky” and founder of Nikka, Masataka Taketsuru. He was responsible for the design of the Japanese pot stills used at the Mars distillery, basing his blueprints off of information that Taketsuru had brought back from his travels to Scotland, housed inside the now famous “Taketsuru Notebook”.

In the early days, uptake of Mars whisky was confined to the local area, with only a small number of those from further reaches having even heard of the company.

In 1978, Mars closed their Yamanashi distillery and moved all operations to a new location in Kagoshima. They were searching for a place with the perfect climate to produce outstanding liquid and at the time, they thought that this was the answer. Unfortunately, it wasn’t.

After just 6 years there, they closed their Kagoshima distillery and moved once again, this time into the Japanese Alps in Nagano. Here, they found a home with the perfect climate and the now world-famous Shinshu distillery was built.

Despite finally settling on an amazing location, it wasn’t all plain sailing from there. Due to a lack of demand for Japanese whisky, they were forced to close their doors in 1992.

As those around Japan and the world began to rediscover their love for the “water of life”, this time in much greater numbers than before, Shinshu was reopened in 2011 and started producing whisky once more.

At this stage, Mars started to experience some real success, with their expressions being lapped up by both locals and foreign visitors. It wasn’t long before they started exporting some of their finest expressions and receiving some fantastic feedback from experts in Scotland, the US and a number of other places around the globe. Anyone who tasted whisky made at Shinshu had something nice to say about it.

In order to build on their successes, and go back to their roots, Mars decided to revive their Kagoshima distillery in 2006. The area was previously known to be a Shochu powerhouse, making it hard for whisky from the region to stand out and be recognised, but now Japanese whisky had experienced such growth that Mars felt it right to start distilling in the region once more. The Tsunuki distillery was built.

Here, a richer and heavier variety of malt whisky is produced, allowing the company to add variance to their expressions, much like Nikka do with their Yoichi and Miyagikyo distilleries. 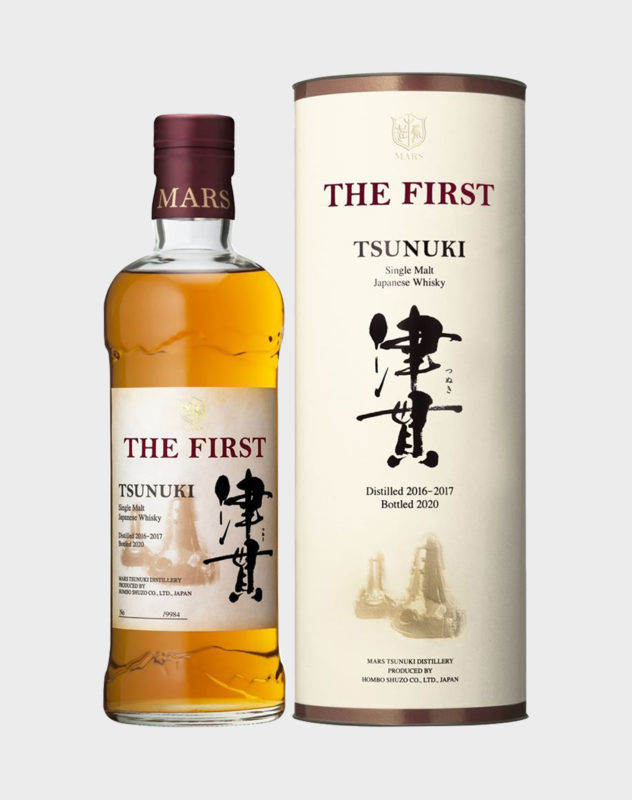 In recent years, Mars have released some truly outstanding expressions that we would highly recommend you try if given the opportunity. Their Komagatake single malts bring balance, poise and a wealth of interesting notes to the table, with some picking up prestigious awards. The most obvious example of this is the Mars Komagatake Single Cask 28 Year Old No.160, which won “Best Japanese Single Cask Single Malt” at this year’s World Whiskies awards.

Earlier in 2020, the Mars Tsunuki distillery launched their first single malt – Tsunuki The First – and it’s a joy to behold. Balanced, elegant and teaming with a range of outstanding notes to explore, it’s well worth getting your hands on and has us very excited for their future releases.

With two distilleries now in operation, there are plenty of exciting things to come from Hombo Mars. This is a company that has a long history of making quality spirits and we’d recommend keeping one eye on their progress and releases in the next year or so, there are sure to be some exciting expressions on the horizon.

For the next 24 hours, you can save big on some of the finest Hombo Mars expressions available, simply choose your bottles and enter promo code “MARS15” to get 15% off your entire order.

15% OFF ALL MARS BOTTLES