It’s Day 3 of our 10 day dekanta anniversary countdown, and today we’re honouring one of Nikka’s two distilleries. Yesterday, we looked at Nagahama (if you missed that you can catch up right here), and we hope you all grabbed yourself a nice bottle at a discounted price.

Today, we’re looking at Nikka Miyagikyo, the drinks giant’s second distillery, after Yoichi, that produces a light, floral and smooth spirit. Over the years they’ve created some truly fantastic expressions and have firmly cemented themselves as a favourite of Japanese whisky fans around the world.

The Miyagikyo Distillery, founded in 1969, was the second Nikka distillery to be built by Japanese whisky legend Masataka Taketsuru, coming just over 30 years after its sister distillery, Yoichi.

While Yoichi was built on the island of Hokkaido in the far north of Japan, due to the climate conditions there being similar to Scotland, Miyagikyo was built on the mainland, sitting right next to two rivers that provide crystal clear, pure water to the distillery.

The fact that both distilleries experience different climates allows Nikka to produce a range of whiskies with greatly differing styles, alongside some really intriguing blends. This has helped them to create an extensive and delicious range of expressions that cater to a number of different palates and tastes.

While Yoichi distillery makes a rich, peaty and often powerful whisky, Miyagikyo comes from the other end of the scale, with fruity, fresh and floral expressions.

Their whiskies are always smooth and refreshing and this is no doubt thanks to the masterful techniques and practices put in place by Taketsuru himself.

This giant of the Japanese whisky industry learned his trade in Scotland, touring a number of distilleries and picking up many of their secrets along the way. He brought these back to Japan and first implemented them at Yoichi, before bringing them to Miyagikyo too.

One of the most apparent things that he brought to his distilleries was a variety of still types. At Yoichi, he introduced a coal-fired pot still, similar to one he had learned with at Scotland’s Longmorn distillery.

At Miyagikyo he introduced the famous Coffey still, first created by Aeneas Coffey in 1830. Taketsuru loved these excellent whisky-making devices.

They help to retain the flavours of the malted barley and the fresh purity of the locally sourced water, meaning that each whisky they create has a unique sense of character that can be easily identified. While many originally felt that the spirit produced in these stills was ‘bland or tasteless’, opinions changed when trained noses highlighted the qualities in the delicate, subtle and light bodied expressions that the use of such equipment results in.

It is these stills that give Miyagikyo its distinct flavour profile and character, while also making it perfect for blending thanks to the consistency of the spirit they produce. As a result, Nikka has been able to create some truly exquisite blends with whisky from both of their distilleries.

The Best of Miyagikyo 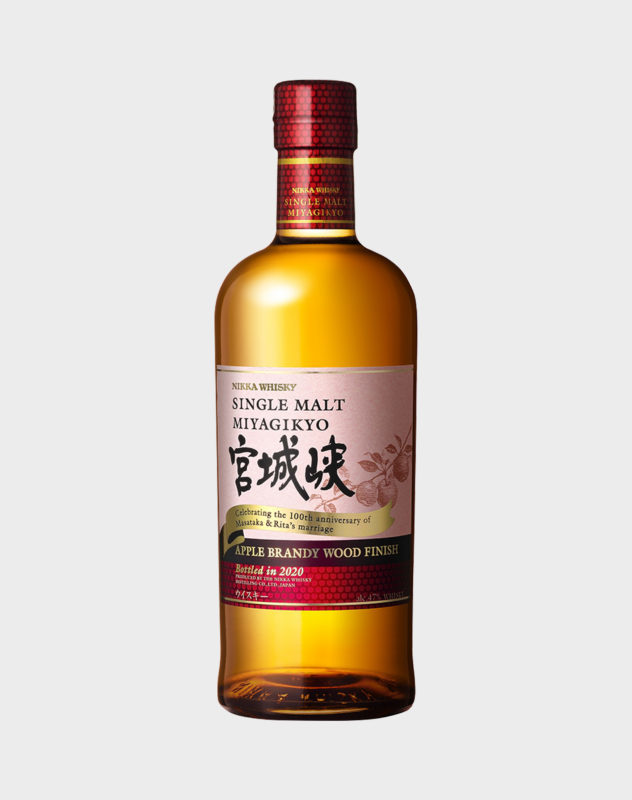 Some 51 years on from the founding of what has gone on to become one of Japan’s best distilleries, what bottles should you be looking to get your hands on?

The Nikka Coffey Malt expressions are huge achievements when it comes to flavour profile and they have become incredibly popular around Japan and beyond. The sad fact that they were discontinued in 2019 is something lots of us are struggling to deal with (I know I am). However, remaining stocks will still be around for a while yet, and we’ll hopefully see this expression return to production lines in years to come, once Japanese whisky stocks are replenished.

The three “Wood Finish” expressions of 2018 were also big hits and are well worth trying. Also limited in numbers, these were finished in manzanilla casks, sherry casks and bourbon casks respectively, allowing you to experience a varying range of flavours on top of that consistently delicious Miyagikyo spirit.

This year, the distillery released a rather unique expression finished in casks that previously held Nikka’s famous apple brandy. Not only is this whisky groundbreaking, but it also delivers quality. It’s fresh, fruity and unlike anything you’ve tried before.

For the next 24 hours, you can save big on some of the finest Miyagikyo expressions available, simply choose your bottles and enter promo code “MIYAGIKYO15” to get 15% off your entire order.

15% OFF ALL Miyagikyo BOTTLES