The Chichibu distillery is small, with only nine full-time employees. It is owned by Venture Whisky which was founded in 2004 in Chichibu, Saitama, just outside of Tokyo, hence its name. The distillery, which specializes in single malt whisky, was the first whisky distillery built in Japan since the 1970s and became operational in 2008. It stands on a small hill in the outskirts of Chichibu, a city of medium size with a population of about 70.000.

The climate of Chichibu is excellent for distilling whisky, with hot and humid summers but winters dropping below zero. The extremes in temperature greatly affect the whisky; the maturing period is relatively short while the taste is fruity and well balanced. The company uses water from the famous Arakawa River, an excellent water widely used for brewing. The distillery’s output is around 90.000 litres a year. The equipment used in the distillery was imported from Scotland, as is the peat, while the malt and barley are from England and Germany.

However, saying that the distillery was founded in 2004 isn’t entirely accurate. Ichiro Akuto, the owner, comes from a family that has been brewing in Chichibu since the 1700s. The distillery actually started producing whisky as early as 1946, but production was halted in the year 2000 due to worsening market conditions.

Ichiro had always planned to continue his family’s tradition; however he wanted to get some outside work experience first. Therefore, after graduating from the Tokyo University of Agriculture, he applied for a job at Suntory, hoping to get inside knowledge of their brewing techniques. What he got instead was a job in the marketing department, which proved to be more useful than he anticipated as he learned a trick or two about marketing himself and his company. His timing for opening up his own distillery also proved spot-on, as Japanese whiskies were starting to win international awards.

Ichiro is an ambitious man. He is not interested in being just another whisky maker; he wants to stand out. In order to do so the staff of the Chichibu distillery travels annually to the UK where they study the newest techniques for brewing. When they return they use this newly found knowledge to improve on the company’s whisky. They also constantly experiment, trying out new casks, materials and techniques in order to better their product. Many of the whiskies from the Chichibu distillery are fermented in Japanese oak (“Mizunara”) barrels, a rare and extremely delicate wood which imparts a peculiar taste and aroma.

Evidently this work has paid off: Ichiro’s Malt has won the Golden Award in the UK’s Whisky Magazine. Notable products from the distillery include the Double Distilleries, which is essentially a blend of malts from both the Hanyu and Chichibu distilleries. Then there is the Wine Wood Reserve which, as the name suggests, is fermented in wine wooden barrels and the Mizunara reserve. The distillery has also recently released limited edition single malts like Chichibu The First, Chichibu The Floor and Chichibu The Peated.

Ichiro’s whisky is popular among whisky lovers all around the world. Unlike whiskies from the larger distilleries, it has the look and feel of a small distiller who puts everything he has into each and every bottle.

What are our TOP 5 Chichibu bottles? 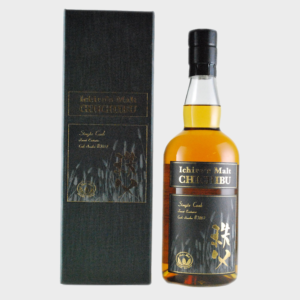 Only 262 bottles were produced of this special single malt.The whisky was distilled in 2010 and bottled in 2015.For someone looking to experience Chichibu in it’s most authentic form, this bottle will be a welcomed pleasure. 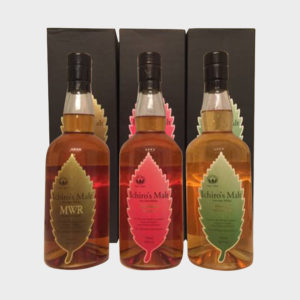 Your chance to experience three of Ichiro’s best Chichibu releases.The set serves as an excellent introduction to this rapidly growing Japanese Whisky line. As the whisky continues to grow in worldwide popularity, you can expect these bottles to become increasingly more difficult to obtain.Grab this set while you can. 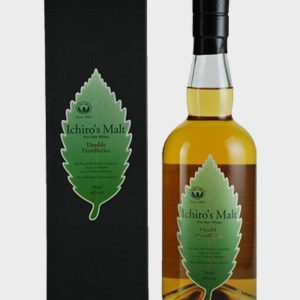 From the cracking Ichiro’s Malt range, this is a vatting of whisky from both the Hanyu and Chichibu distilleries. The whisky was matured in Japanese oak, and vatted and bottled at Chichibu in 2010. 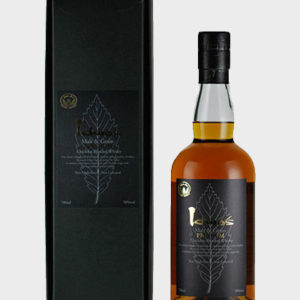 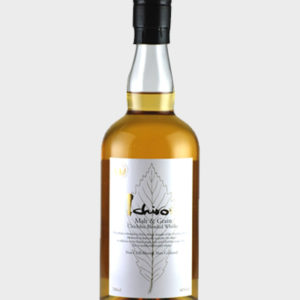 Perhaps the most common entry point into the world of Ichiro. As the name suggests, it is made from both malts and grains. The bottle is 70 cl, with an alcohol strength of 46%. With a somewhat sweet taste, it is a great bottle for those beginning to become acquainted with the whisky from Venture Whisky.

What are our TOP 5 Hanyu bottles?

Since Hanyu is Ichiro’s original distillery, we thought we’d profile some of these bottles as well… 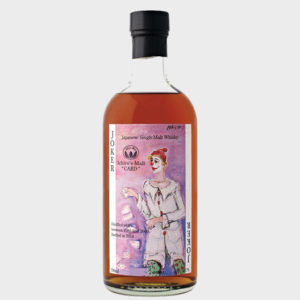 Ichiro’s Malt has a cult following, its card series is sought after as a collectors item all over the world. Of all the bottles the Joker cards are perhaps the most coveted of all. Matured in various casks (bourbon, cognac, madeira and sherry). and various sizes (Butt, Puncheon, Hogshead and Chibidaru). This is a bottle to own for the collector, the investor and those who want to impress people. 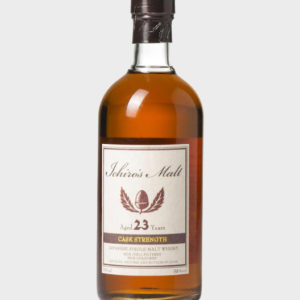 If you want to impress your friends then having a bottle of Ichiro’s Malt in your collection is an excellent way to do it. This Ichiro’s Malt Hanyu 23 Year Old is as rare as everything else bottled under the label Ichiro’s Malt. Distilled and bottled in 2008 after 23 years Cask Strength. This release won the ‘Best Japanese single malt whisky 21 years and over’ at World Whiskies Awards. A perfect bottle to every whisky lover! 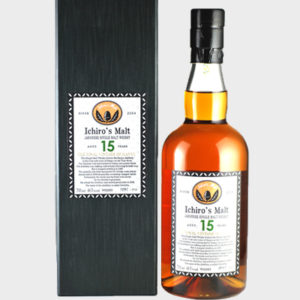 One of the remaining bottles from Ichiro’s Hanyu distillery, this 15 year old whisky is really good.If you’d like to experience the full history of Ichiros, this bottle will make an excellent introduction.

A special release from Ichiro Akuto – a single cask bottling of whisky from the final year of Hanyu Distiller’s operation. About 10 years old and bottled at cask strength, without colouring or chill-filtration. A little slice of distilling history. 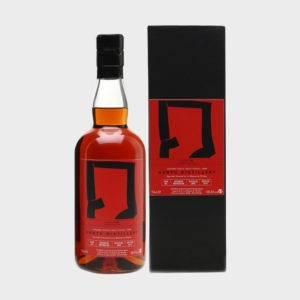 This special Hanyu 2000 Single Cask #63 whisky was matured in a hogshead cask and bottled in 2015 for the La Maison Du Whisky retailer. Only 300 bottles have ever been released for this Hanyu dram, making this a rare collectible for your own whisky bar! The label on the bottle features a work of art called “Double Lines” by the creator, Tay Bak Chang.