Since the Japanese whisky boom of the early 2000s, the trajectory of growth within the industry has been similar to that of a Space-X shuttle being shot towards the edge of the earth’s atmosphere.

While the shuttle has continued on its upward course, soaring into outer space and making it halfway to colonising Mars, the rockets that propelled it there recently detached and thumped back down to earth, giving everyone a terrific fright in the process.

It would be wrong to say that the Japanese whisky shortage has caused the wheels (or rockets in this case) to come off for good, but whisky engineers are now on an urgent mission to refit them, generally by significantly ramping up production.

The shortage has of course pushed up prices, just as it does with any commodity, or anything sought after for that matter. But rather than the combined factors of less choice and higher prices scaring consumers away, as one might expect, demand has only grown further, in turn leading to the rise of world blends and NAS expressions.

There was a simpler, if less profitable, time for the Japanese whisky industry. A time when whisky was produced purely for passion rather than passion and profit. Sadly, it was also the hardest time for many distilleries, with little interest and a lack of awareness in the product forcing the closure of many.

Today, whisky from these long-lost craftsman is like gold-dust, wanted by millions but afforded by few. One rather peculiar factor of this scramble for liquid from those that came before is that very little (very very little in some cases) information is actually known about them. Everyone wants Karuizawa, but could they tell you the first thing about the distillery itself?

Of course, this is not a problem of any great proportions (if it’s even a problem at all) – you don’t need to know the intricate details of the valley in which your gold was mined in order to invest in it. But, rather unfortunately, that doesn’t stop it from being a bugbear of mine.

So, armed with my limited experience, the modern-day fountain of knowledge that is Google and my increasingly crunchy, biscuit-laden keyboard, I’m going to  give a brief education on Japan’s lost distilleries, more for my own sake than anyone else’s. 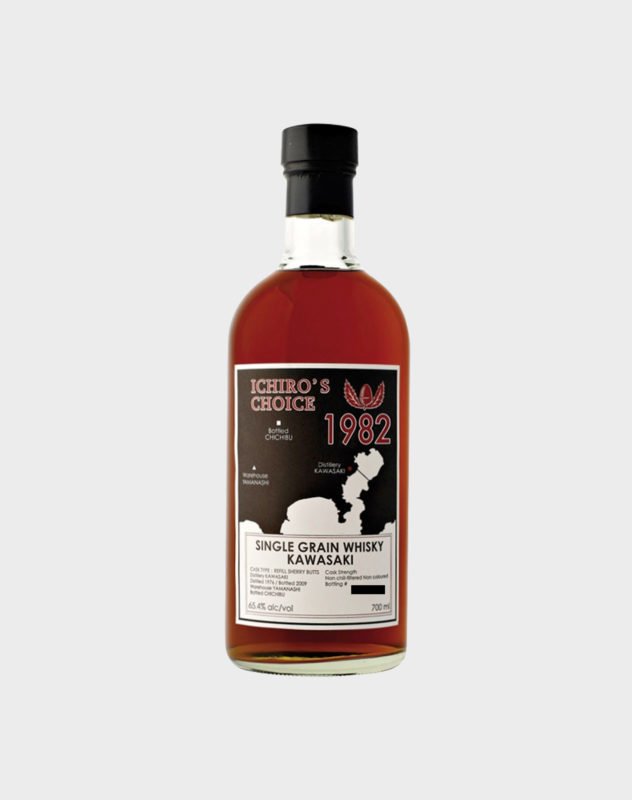 The Kawasaki distillery lies between Tokyo and Yokohama. It was founded in 1935 by the Mercian Corporation, a major player in the Japanese drinks industry at the time.

The company owned Karuizawa (which we’ll get on to a bit later), as well as Kawasaki, and the whisky they produced was originally used mainly in blends.

Kawasaki was one of the smallest distilleries in the entire country. Few people in Japan, outside of the whisky industry, were even aware of the distillery’s existence and it’s safe to say that almost no-one from overseas had heard of it.

Remember, this was at a time when Japanese whisky was really in its infancy. The barley was only being farmed, so to speak, and there was a long way ahead (around 60 odd years) before people began recognising both its existence and its qualities.

The Kawasaki distillery chiefly produced grain whisky, made from 90% corn and 10% malted barley. They distilled their spirit to a relatively high ABV, sometimes exceeding 60%, and then transferred their liquid to refill sherry butts and demerara rum casks for ageing.

As the years went by, the distillery did hold its own and some die-hard Japanese whisky drinkers noticed the quality of their spirit exceeded that of most other grain distilleries in the country.

Despite moderate success (heavy focus on ‘moderate’ here) through the 1980s and 90s, Kawasaki was shut down when the Mercian Corporation was bought over by Kirin Holdings in 2006. The maturing stock was locked in a basement and left there – lonely, ageing and forgotten by most – until Ichiro Akuto freed it a few years later and began releasing expressions under his Ichiro’s Malt label.

Today, there is very little Kawasaki whisky remaining and it fetches a lofty price. Granted not as much as bottles from its more popular sibling, but lofty nonetheless. It’s often regarded as some of the best grain whisky ever to be produced in Japan with its high ABV, delicate flavours and rich textures.

The Sanraku Ocean distillery, also known as the Shiojiri factory, was a small whisky producer based in the Nagano prefecture. It was founded by Kotaro Miyazaki, owner of the Daikoku Budoshu Co.

Initially, in the years before WW2, it was used for producing wine, but they moved into whisky production post war. This change came when the company fell into the hands of Miyazaki’s grandson, who went by the same name – Kotaro Miyazaki.

They imported their grain from Nikka’s Yoichi distillery, among a number of others, to be used in the creation of blends, but in 1952 they began trying to produce their own malt whisky.

This move was meant to make them stand apart from the crowd; only big names in the industry were producing their own malt whisky at the time.

But, as a small distillery, supply chains were short and limited and thus they never managed to get a consistent cycle of whisky production off the ground.

In 1956, production moved to Karuizawa where a new distillery was built. In 1962, Ocean/Daikoku Bodusho were bought out by the Mercian Corporation, who went on to become the most famous owners of the Karuizawa distillery.

Today, it is impossible to find whisky from the original Shiojiri distillery, though Ocean releases produced at Karuizawa are still around and highly collectible. 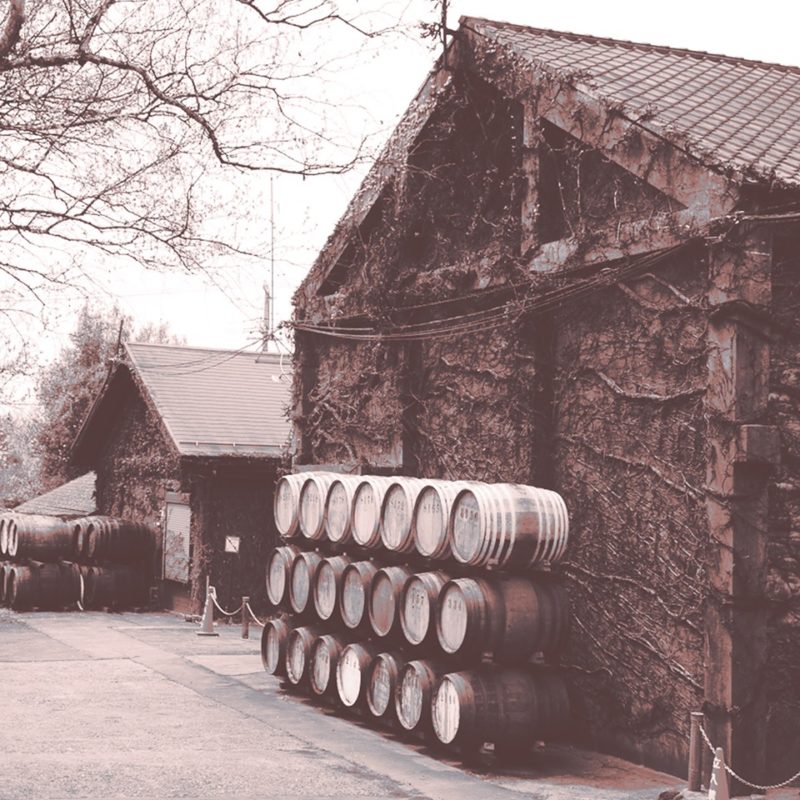 So, onto Karuizawa then, the most popular of Japan’s lost distilleries and also the most expensive. The liquid is some of the most sought after in the world today and fetches astronomical prices at auctions and whisky stores around the world.

Built by the Daikoku Budoshu Co. in 1956, at the foothill of Mount Asama, Karuizawa was a tiny distillery in an idyllic location. It operated for around 7 years before being purchased by the Mercian Corporation in 1962, but in this time consistent production never really got off the ground.

After 1962, things started to take shape and the distillery produced a rich, powerful single malt whisky that was to be used in blends, mainly sold under the Ocean brand. The distillery used Golden Promise barley imported from Scotland and this was likely one of the reasons behind the spirit being likened to sherried Scotch by many.

It wasn’t until 1972 that they managed to release their first single malt whisky, but sadly, the time taken to create such products, combined with a serious lack in demand for them, meant the business wasn’t sustainable.

Even though Japanese single malt whisky was growing in popularity towards the end of the 20th century, Kirin Holdings, who had recently purchased the Mercian Corporation, did not see it as worthwhile to keep Karuizawa or Kawasaki operational.

Karuizawa was shut down in 2012, with all of their stock and equipment being sold off, most of which went to private investors.

The extremely limited amount of whisky remaining from the distillery, along with its rich, sherried Scotch-like character are what make it so popular today and if you’re lucky enough to get one hand on a bottle, never let go!

The Shirakawa distillery was initially a shochu and wine producer that moved into whisky production when it was purchased by Takara Shuzo, a well known Japanese corporation, after the Second World War.

Shirakawa produced both whisky and beer, with the “King Blended Whisky” being the most popular, along with a small number of single malt bottlings.

Takara Shuzo officially closed Shirakawa in 2003, however whisky production had stopped there long before, with the buildings being used as a bottling plant for many years leading up to the eventual closure.

Much like the Shiojiri distillery, whisky from Shirakawa is very hard to come by today, though the aforementioned King Blend is still around in limited numbers and likely contains at least some spirit made at Shirakawa.

Despite closing their Japanese distillery, Takara Shuzo weren’t completely finished with whisky and today and they own the Tomatin Distillery in the Scottish Highlands. 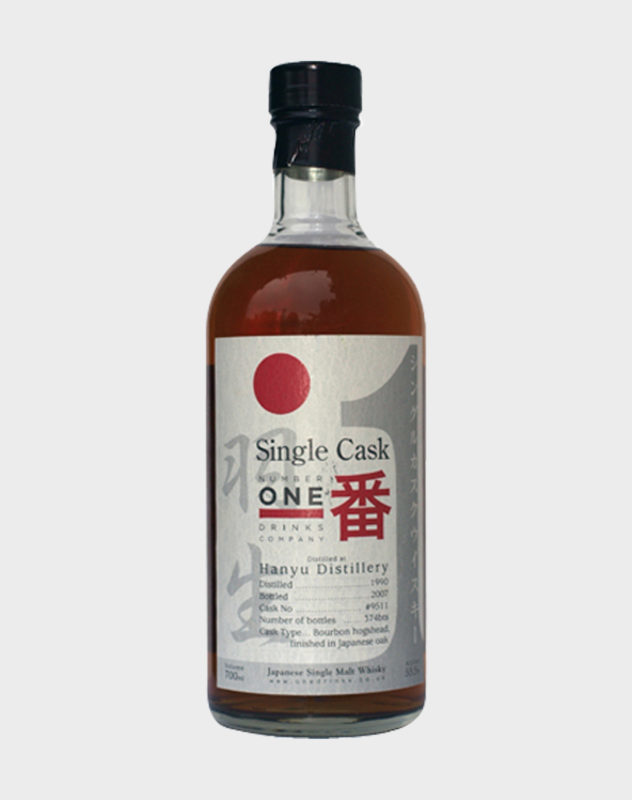 The history of the Hanyu distillery can be traced all the way back to the 16th century, when the Akuto family began their business as sake producers.

This was the way of it until 1941, when Isouji Akuto, the 19th generation of the Akuto family, built a factory to produce whisky. After obtaining a license to produce alcohol in 1946, they started by making blended expressions created using their own grain combined with imported grain from Scotland.

At the start of the 1980s, the Akuto family decided that they would try to produce a single malt whisky, reminiscent of those rapidly growing in popularity abroad. This was the birth of Hanyu whisky as we know it today.

For some 20 years they produced various expressions of single malt but, much like Karuizawa, the time needed to mature such a product meant that business was tough and the distillery struggled to stay afloat.

The Akuto’s were forced to sell, and the new buyers decided that all maturing malts, along with the distillery itself, were to be disposed of. Crazy, I know.

The Hanyu distillery was closed in 2000, but fortunately for the whisky-lovers of today, Sasanokawa Shuzo, a company from northern Japan, agreed to buy all of the stock and distilling equipment.

Four years later, enter Ichiro Akuto, the grandson of Isouji. Determined to continue his family’s legacy, he purchased back the maturing stock with the help of a number of enthusiastic investors and set about creating his own company to release them under.

In 2005, Ichiro’s Malt was born and incredible Hanyu single malt started to be released under his label. The rest, as they say, is history.

So it seems what was meant to be a ‘brief’ history on Japan’s lost distilleries quickly escalated into a rather long history, but I hope you enjoyed it nonetheless.

Now go and share your new-found knowledge with everyone you know while I give my cramping fingers the rest they deserve. ‘Til next time. Arigato.