Here at dekanta, we’re guilty of falling head over heels for anything to come out of Japan.

We love the cuisine, nature, hospitality, and culture. Focusing on drinks, Japanese whisky is the exotic, elegant entrant in the global industry, while Japanese gin’s global debut in 2017 has been the talk of the town throughout the year, up to present day.

Now, we’ll be delving into an entirely new beverage hailing from Japan, which has been enjoying its very own revolution in recent years. It’s Japanese wine, and we’re here to assure you that it’s amazing. But, don’t take our world for it.

Here’s all you need to know on Japanese wine.

A History Of Japanese Wine

While production of sake, Japan’s rice wine, stretches back in history, before the eighth century, Japanese wine is a much more recent concept.

Records show that wine was introduced to Japan in the 16th century when missionaries from Portugal brought gifts of wine for Japan’s feudal lords. However, it wasn’t until the 19th century, during the Meiji Restoration period that domestic production of wine began.

According to the Japan Wineries Association the very first winery in Japan was founded in the 1870s, in Japan’s Yamanashi Prefecture.

Wine is the drink of choice for the majority of the population’s young professionals. European wine bars are scattered throughout the metropolitan areas, while the Japanese cultural habit of always eating while consuming alcohol makes wine the perfect beverage to consume on a night out.

In recent years, wine consumption has increased greatly in Japan, however, only a small percentage of that is domestic. Wineries and producers expect a rise in consumption of domestic expressions in the coming years, as producers continue to cultivate existing and new varieties in the country.

Let’s start with the facts reported by the Asahi Shimbun, according to Kirin Holdings Co., one of Japan’s largest drinks companies: 380,000 kilolitres of wine were consumed in Japan during 2015. In 2014, the amount of wine consumed was approximately 370,000 kilolitres, a 54% rise in 10 years.

Wine consumption domestically may be at an all-time high, however, only 5% of that is Japanese wine. The majority of the wine consumed in Japan hails all the way from Europe and the US.

Like with Japanese whisky, a large percentage of the wine produced in Japan is made with imported ingredients. Japan’s limited landmass and fluctuating climate make it hard for grape varieties to survive and thrive. Today, Yamanashi is responsible for over 40% of Japan’s domestic wine production. Yamanashi is the top grape, peach, and plum producing region in Japan. Some of the most high-quality water in the country comes from Yamanashi, which is responsible for 40% of the mineral water bottled domestically.

Aside from Yamanashi, Hokkaido’s cooler, less humid climate is said to be ideal for grape cultivation, which has led several wineries to open or cultivate grapes in the area. Some wineries have even managed to breed and create grape varieties which can survive in the Japanese climate. More on those later.

Japan is home to over 300 wineries.

With a career largely focused on Japanese spirits, I hear the question all the time – What characteristics make a spirit Japanese?

Sake, shochu, umeshu, awamori, and many other drinks are known as Japanese through their origins and traditions, which stretch back centuries.

For drinks which hail from other countries (gin, vodka, whisky, wine), what makes the Japanese versions different isn’t always clear. However, l assure you, most things from Japan are unique in their own way.

That goes for wine, too. Here’s why.

For starters, the expertise and craft. Japanese producers tirelessly pursue perfection. With no firm traditions holding them back, they are willing to change and adapt in order to develop flavours customers want.

Suntory, Japan’s largest whisky maker, has done this since the company’s inception. As a result, the company’s Yamazaki, Hibiki, and Hakushu expressions continue to amass accolades and award year after year. Smaller whisky and gin producers are following suit. The presence of evolution is constant.

Wine is very much the same. In fact, Suntory’s wineries, Shiojiri and Tomi No Oka, have also been amassing awards in recent years. The craft and attention to detail involved in its production has enabled Japanese wine to enter the domestic wine industry dynamically. Many of the bottles we have on offer here at dekanta have shone in competitions, both globally and domestically. 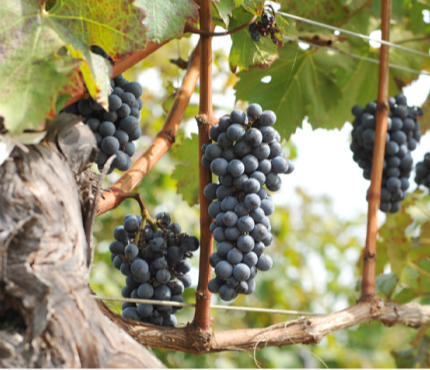 As in the Japanese whisky industry, Japan has no strict rules concerning production. Throughout the years, much of the domestic wine is made using imported grapes, however, most of the famous Japanese wineries now produce their own grapes, even varieties native to Europe.

This movement towards using only domestic ingredients is currently leading the wave of Japanese wine, which is spreading globally. Be it Merlot, Cabernet Sauvignon, Syrah, or unique Japanese varieties, Muscat Bailey A and Koshu, wineries go above and beyond to create expressions using only locally grown grapes. Apart from the two domestic varieties, other have been bred by wineries to survive in the surrounding area.

Many wineries choose to control fermentation by adding their own yeast strains. Others, however, choose to allow the microorganisms in the air to kick-start fermentation.
The humid climate, hot summers, and wineries at high altitudes are all said to impact the character of Japanese wine.

We’re thrilled to see Japanese wine break-out on a global scale in the coming years. As Japanese cuisine booms globally, as the focus of some of the world’s best restaurants, wine producers expect Japanese wine to rise alongside it.

Wouldn’t the best wine to pair Japanese food with come straight from Japan? Other producers, including Kirin, expect consumption to rise greatly leading up to the 2020 Olympics.

One thing is for sure, Japanese wine is rising, and we’re here to help it do so in any way we can.