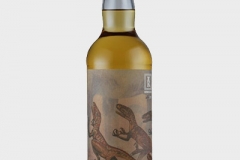 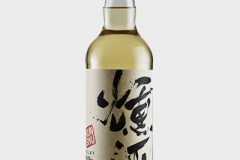 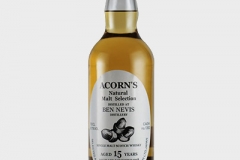 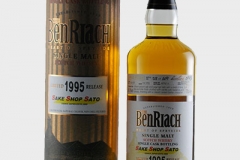 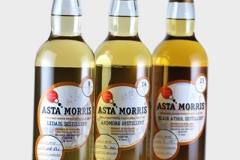 Being a company specializing in Japanese whisky you would be forgiven to have missed the fact that we at dekantā also stock more than quite a few bottles of Scotch. “Why?” you might ask. The answer is simple. There are certain bottles of Scotch bottled only for the Japanese market, labeled “Japan release only”, and there are many to be found.

Some of these bottles are actually no different in taste to that of the original Scotch available from almost anywhere; the only difference being that they have “For Japan release only” written on the label. These bottles are particularly interesting for the collector, as they are limited edition, and have the potential for fetching a high price in the future.

Other bottles contain Scotch bottled by independent bottlers, and having been bottled by people outside of the distilleries, they taste somewhat different to the original. Japan is home to several independent bottlers, with the likes of Gaiaflow (which is working on opening its own distillery), Whisk-E, and Three Rivers (celebrated for its beautifully designed labels) being perhaps the most notable.

Below, we introduce a few bottles that might be of interest to you:

Acorn Limited is an independent bottler, located in Sakado city, Saitama, just out of Tokyo. Being a fairly large establishment, it offers an excellent selection of Scotch, which Acorn bottles itself. This particular bottle is from Ben Nevis, founded in 1878, and has earned quite a reputation over time. In fact, it was acquired by Nikka in 1989, so you could say that it is now Japanese! This is an excellent bottle for the collector, as well as any fan of Ben Nevis. Why not try it out?

Sake Shop Sato is a charming little sake shop in Buzen, Fukuoka, which happens to bottle its own whisky. This bottle of single malt, bottled near cask strength is from BenRiach. If you’re yet to try BenRiach, you are truly missing out; they have won some seven international awards throughout the past decade, including Distillery of the Year. You can rest assured that this is quality stuff!

Founded in 2012, Gaiaflow is one of the younger whisky distribution and bottling companies in the Japanese market. Their selection is especially interesting, including exotic brands from locations including Sweden and India – countries not hugely recognized for producing whisky. Gaiaflow is an exceptionally ambitious distributer, working on no smaller a thing than building its own distillery, using equipment from the legendary Karuizawa distillery.

This particular bottle from Asta Morris depicts scenes from “The Fifty-Three Stations of the Tokaido” (ukiyo-e woodblock prints by Hiroshige) and was specially made for the Japanese market. Being a limited edition, only 120 bottles were made. This set contains 3 different blends, decorated with beautiful Japanese labels, and is just perfect for those who’d like to own something rare, whilst hanging on to that Scottish connection!

Should you be a fan of Scotch, you’re likely to be familiar with Bowmore – the Islay distillery, which is also one of Scotland’s most eminent. The name Bowmore is a guarantee of quality, and is also owned by Suntory, ensuring its quality control is rock tight. This particular bottling is typical of Three Rivers, with its colorful labeling, limited supply, and whisky of the highest quality!

There was never a chance we’d list our finest Scotch without mentioning this bottle, bottled by Scotch Malt Sales in Tokyo! This quality single malt from Islay has a Japanese handwritten label; it is beautiful, elegant, and bottled by masters, which means it tastes as good as Scotch gets!