Halloween is almost upon us. The time for shameless costume-wearing, pumpkin carving, and a huge consumption of candy and whisky, more than you’d typically allow yourself.

In the West, kids will be trick-or-treating, while here in Japan, masses of cosplay-wearing people will flood the streets, drinking, playing music, and going nuts.

Yep, Halloween is a little different here in Japan. Costumes are much more important, after all, it is the land of manga, cosplay, and anime. Halloween in Tokyo can get quite chaotic; the roads close, alcohol consumption rises, it’s all a big, fun mess.

Halloween is also a spooky time, with Jack-o-lanterns, witches, and vampires all out to get you! Or so it would seem in horror movies.

So, in keeping with the holiday, we’ve created a little list of the spookiest Japanese whiskies available on dekanta. Some are spooky in a cool way, and others are just too cute, making them a little creepy.

If you find yourself wondering what makes a bottle spooky, just picture walking into an old abandoned mansion. You walk up the creaky staircase, tiptoe towards the last room along the corridor and opening the door, there on the table, you see a bottle under the moonlight.

If it’s a bottle of Jim Beam, odds are you won’t be very spooked, but if it’s one of these you’ll need a drink from them before you can calm down. 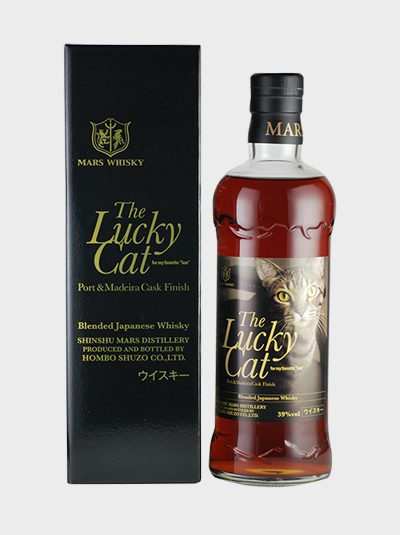 Cats aren’t necessarily scary, but the superstition revolving around black cats, and the fact that they are the pet of choice for witches, gives this wonderful Mars bottle a place on our list.

Featuring a port and Madeira cask finish, this whisky is probably luckier than you think. 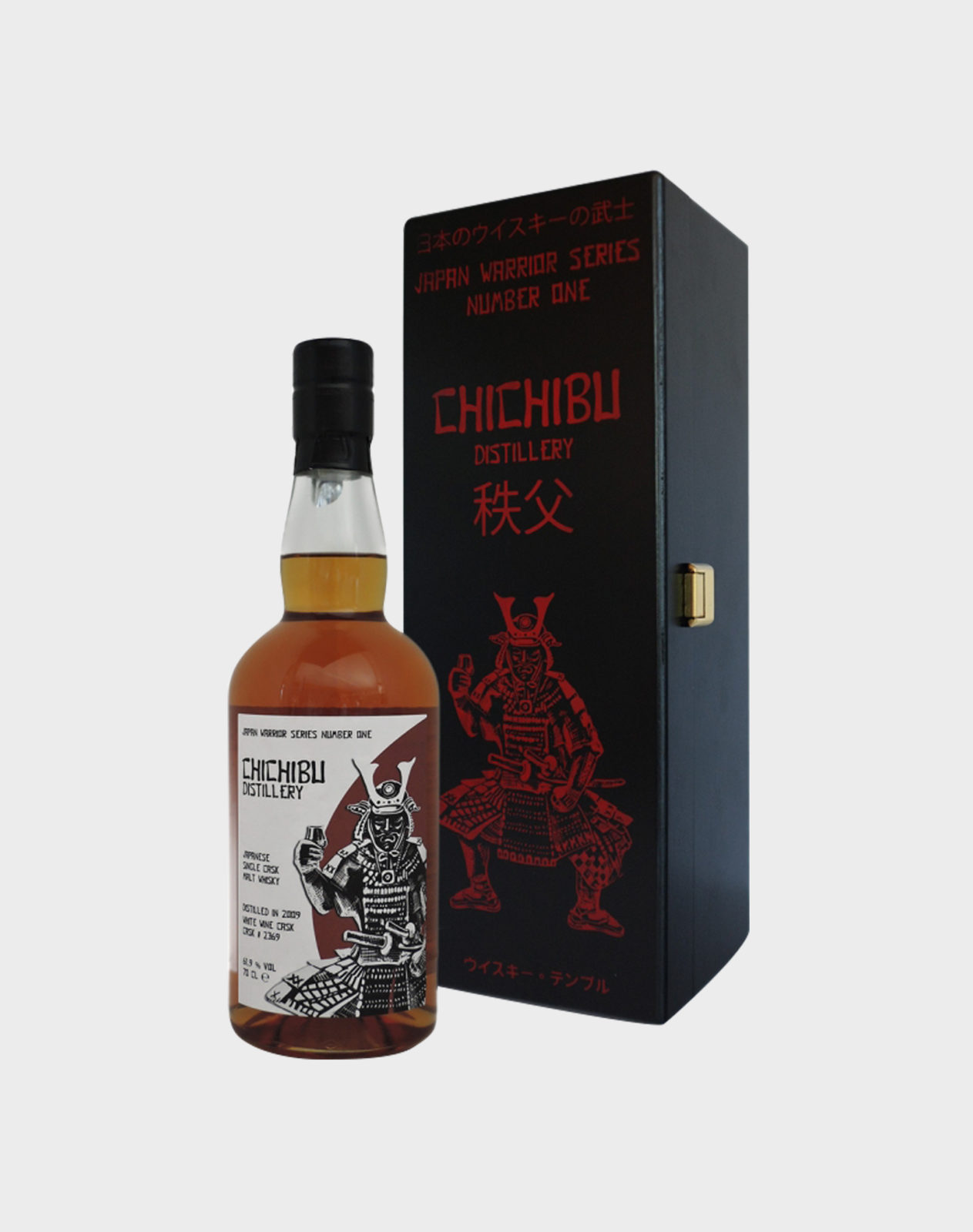 Part of what makes this whisky scary is how fast it sold out!

The first part of a single cask series by the great Chichibu distillery, this expression was released for the German market.

It’s an amazing whisky, full of lime, grapefruit, and peach on the palate. The label is also very cool, and a decent amount of spooky. You don’t want that samurai knocking on your door. 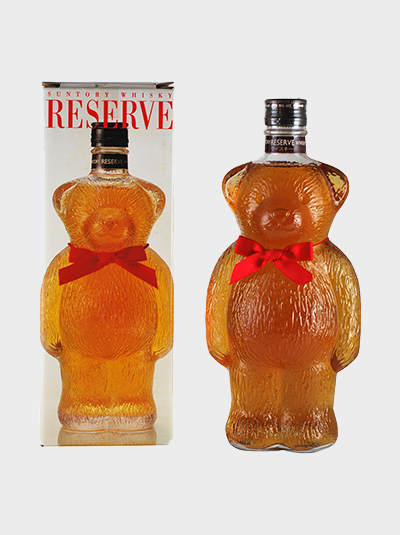 Bears are awesome, but this guy just doesn’t sit right with me. His stance is too unnatural, suggesting that he’s ready to attack. His eyes are empty, and his bow-tie is too well-kept. And why isn’t he wearing anything else?

The Suntory Reserve whisky is one of the most premium Suntory blends around, but this bear needs to change his attitude. 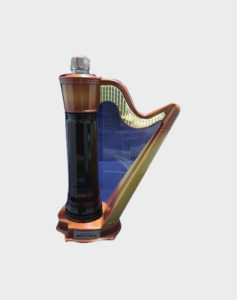 This one needs little explanation. Harps are a wonderful instrument, but the sounds they create can be enough to scare even the bravest of us on a dark night.

This harp is a wonderful brandy by Suntory, and you can rest assured that no music will suddenly come from it. Probably. 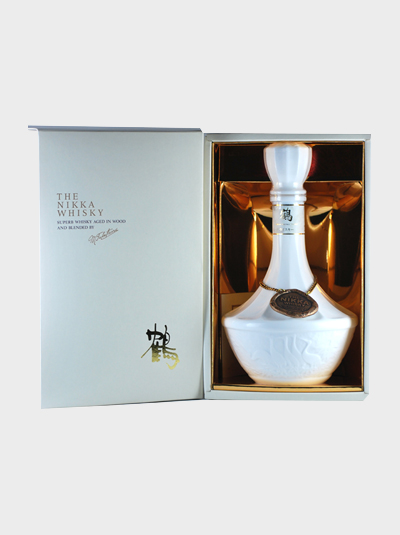 The Nikka Tsuru 17 is a gorgeous whisky, and the ceramic container it comes in is beautiful, able to decorate any home.

Yet, on closer inspection, one may be reminded of the containers often seen at Dracula’s mansion. Right? The shape, the timeless style. While this particular bottle contains a stellar 17 year-old whisky, it isn’t hard to imagine it once contained the drink of vampires. 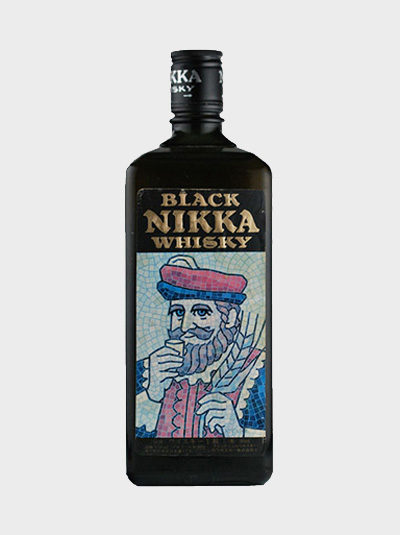 The Nikka Black is one of Nikka’s best-selling products in Japan, and can be found in most bars and establishments across the country.

Yet, in all honesty, the Scotsman on the label is a little unsettling. Who is he? Why is he smiling? Why are his eyes so piercing?

The whisky is good, but I advise turning the bottle to face the wall when drinking. 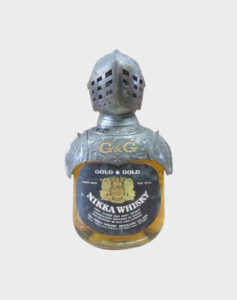 While the above Nikka Military Commander bottle looks more aggressive, this one has roots in many scary cartoons and movies.

Deriving from the infamous “walking suit of armor”, you won’t want to turn your back on this bottle for a second. On the plus side, there’s no suit of armor with it, to allow movement, so simply prepare for ominous stares. 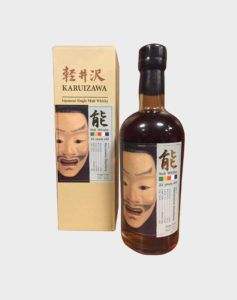 From the world-renowned Karuizawa distillery, this series depicts masks from the Noh Theatre, a traditional form of Japanese music drama.

While this whisky is some of the rarest in the world, the face on it is enough to make you turn and run.

There have been several Noh releases, but this one tops the creep-o-meter. 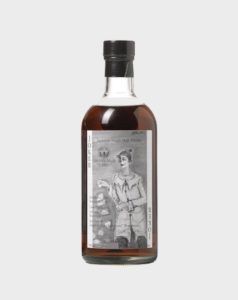 The clown on the Hanyu Joker bottle is creepy with colour, but the Monochrome takes it to a whole new level.

This past year has seen the clown attack trend rise, and clown-phobia has reached a new high with the remake of Stephen King’s IT movie, which has become the best-selling horror movie of all time.

So, it makes sense that this creepy bottle is number two on the list. On the bright side, a dram of this gem is worth all the fear it may induce. 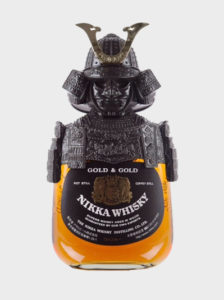 The Nikka G&G range is one of the coolest and most popular releases by the company.

Yet, it’s not a bottle you want following you on a cold winter’s night.

One of Nikka’s tastiest whiskies, and less scary once you remove the head, this takes the prize as the spookiest Japanese whisky.

There you have it, the Japanese whisky bottles that will give you the creeps this Halloween.

Do you have any other creepy bottles in mind that might give us a fright? Let us know.