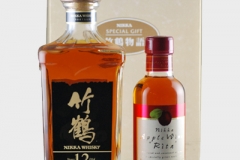 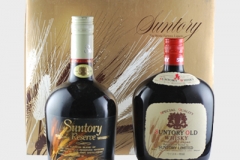 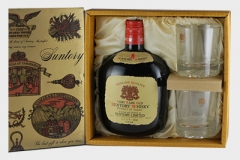 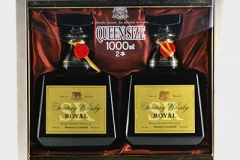 According to Holidayinsights.com, March is, in fact, so overloaded with special days (most of which we didn’t know existed!) that there are plenty of opportunities to exchange gifts. Besides well known days such as St. Patrick’s Day the month also includes National Pig Day, the Ides of March, and Extraterrestrial Abduction Day (If you happen to be abducted by extraterrestrials, getting them drunk on whisky might be one way to escape) but quite frankly, there’s no need for strange holidays to find a reason to give whisky; like we said, there’s always a good time to do so! So, allow us present to you a few ideal giftsets to give to your favorite whisky fan.

The cream of the crop of gifts we would say! Not only is Nikka’s Yoichi one of the best whiskies on the planet, but it is also in short supply! Due to increasing demand at home and abroad, Nikka was forced to restructure its entire lineup (https://dekanta.com/nikkas-new-whiskies/), which means that you’re unlikely to see any more of Yoichi 10 (let alone older Yoichi) for years to come. This makes the Yoichi 10 a rare collector’s item that you’d be extremely lucky to find. The set contains a Yoichi 10 Year Old bottle, two glasses, and a specially designed box. Grab it while it’s here!

We’re not quite done with Nikka yet. Its stock shortage in Japan was a result of the popularization of the life of Masataka Taketsuru and his Scottish born wife, Rita Taketsuru, in the NHK morning drama series, Massan. And with customers craving more show-related stuff, Nikka released this set to honour their story. The Taketsuru bottle is an obvious sentiment to Masataka, whilst the apple wine bottle is for Rita. If you are a fan of the show, then this is for you!

For relaxing times, make it Suntory time! This set contains a bottle of Suntory Old – the company’s oldest serious whisky, along with Suntory Reserve, which was marketed back in the 1980s, with celebrities such as Sean Connery and Mickey Rourke endorsing it. Whilst not quite the Hibiki or the Yamazaki, the Old and Reserve are both excellent whiskies in their own right. Presented in a beautiful and collectible box, this set is perfect for the collector, as well as those who’d like to try more from the Suntory lineup!

We have covered Suntory Old several times. This particular whisky was once Suntory’s state of the art whiskies, but nowadays, it is outclassed by both Yamazaki and the Hibiki. Nonetheless, it continues to hold its own and sells well in Japan. Suntory Old tends to receive positive reviews, and whisky drinkers are usually pleasantly surprised when they try it out. This charming, affordable gift set is perfect for those who’d like to give Suntory Old a go! And if you want more than just a single bottle, you can always opt for the double set.

It’s a shame that Suntory Royal is a whisky not widely found outside of Japan, as it’s an excellent whisky, like everything else that Suntory makes. And this set is quite a bargain: two 1000ml bottles of quality Suntory whisky in a beautiful gift box. This set should last a good while for whoever happens to acquire it!