We at dekantā like to get out of the office from time to time, and as we are supposed to be an authority on the Japanese whisky scene, we decided to visit one of the better bars in Tokyo, aptly named the Yamazaki Bar.

Actually, the name does not come from the Yamazaki whisky, but rather from the owner, Tatsuro Yamazaki, one of the veterans of the Tokyo bar scene. Mr. Yamazaki has been in the bar business since just after the war. At 94 years old, he has a long list of prizes from international cocktail competitions — in fact, he is so good that he was the first Japanese bartender to receive an Imperial Prize from the Emperor himself. We don’t know if the Emperor likes whisky, but a bartender with an Imperial Prize is someone you can trust to mix your whisky. Though you might not be lucky enough to meet Mr. Yamazaki in person, rest assured he has imparted his knowledge to his staff.

The bar is quite famous for its many original cocktails. The most popular, called a Sapporo, won a prize at the Amaretto Di Saronno Cocktail Competition in Italy.

Yamazaki is an authentic bar with tasteful decor, a soothing jazz backdrop and the sort of friendly and courteous staff you would expect from a Japanese bar of this calibre. Clients are of all sorts: professionals who come to relax after a hard day, managers who love whisky, young office ladies, older patrons who enjoy sipping quality whisky in a relaxing environment, as well as foreigners curious about Japanese whisky.

We at dekantā thoroughly enjoyed the Yamazaki Bar. It is surely one of Tokyo’s best bars (and that’s saying something!). Besides the whisky, the extras were excellent. The bar serves Yamazaki ice cream and raisins, among other things — take a look at the pics below and see for yourself!

We highly recommend a visit if you are in or near Tokyo. There is no official dress code, but dress reasonably nice and you’ll feel at home.

And stay tuned in for next week, when we are going to tell you everything about one of Nikka Whisky´s master blender! 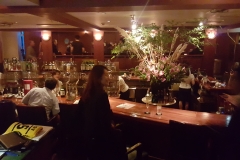 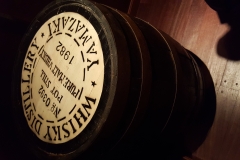 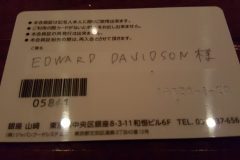 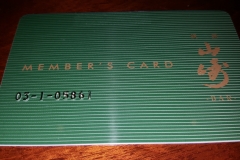 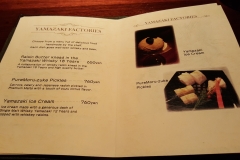 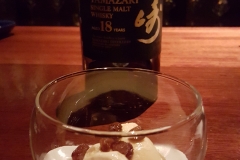 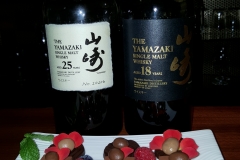 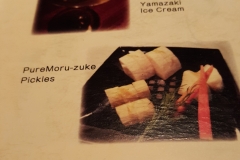 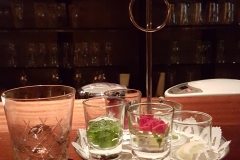 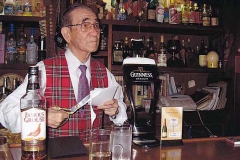