If your New Year’s resolution was to cut back on whisky, well, you’re out of luck.

Just 10 days into 2018, Suntory has officially announced the launch of a brand new range of whiskies. The 3 expressions are set to launch on February 27th, 2018. So far, there has been no mention of international distribution.

While bottles numbers haven’t been stated, we don’t expect them to be huge. Pre-orders for each expression are up, so place your order today to ensure you get a taste!

In both shape, colour, and labelling, the “Essence” bottles have moved away from the iconic Suntory branding, seen in their other single malt ranges, Yamazaki and Hakushu. The bottles are slim and the labels feature modern expressions of Japanese art.

However, despite the fresh, new bottle designs, the peak of excitement comes with the expressions themselves. Casks strength, limited releases, one from each of Suntory’s amazing distilleries. Let’s take a look. 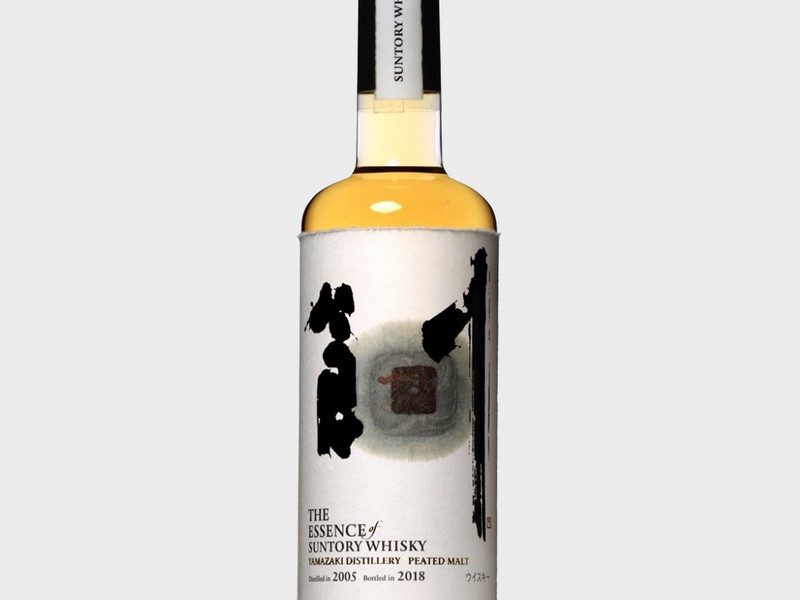 From the great Yamazaki distillery, this is a 12 year-old expression. The producer’s tasting notes describe notes of berry sweetness joined by a soft influence of smoke. The 500ml bottles, at 49% ABV, will be up for sale in Japan.

This one came as a surprise – a single grain, rye expression from Hakushu?

This 4 year-old  is expected to deliver a rich, deep spice, borne through the use of rye. Paired with the green, fruity Hakushu character, the balance will be immense. This beauty will be released at a staggering 57% ABV.

We don’t see much of Chita, so this is the one I’m most interested in. It’s actually a 16 year-old expression, which makes it even rarer. Spending the last 4 years in a wine cask has made this smooth, mellow, and pleasantly sweet.

At 49% ABV, you can’t expect some intensity to shine through the mellow palate.

Before wrapping things up, I have an observation.

Anyone who attended the Tokyo International BarShow in May 2017 may remember that at the Suntory bar, three expressions of the exact same specs were available.

As you can see in the main article image, there were three expressions, one peated, one rye, and one finished in wine from the same distilleries. Coincidence? I think not. I sampled all three at the event, and I can safely say, we’re in for a treat.

The Yamazaki was spectacular.