This week, we’ve been taking a look back at the year so far. We’ve already talked about our 10 favourite releases of Best Japanese Whisky 2019 to date, including some fantastic expressions from Chichibu, Akkeshi, Yamazaki and more and you can read all about them by following this link.

Today however, we’re taking a different angle and delving into your top Best Japanese Whisky 2019 ie. the year’s best-sellers. Some of these expressions have been around for years on end, while some are relatively new entries that have whipped up a storm, been recognised for their quality and as such, have been purchased by the barrel load (wink wink, nudge nudge) by whisky-lovers around the world.

One thing that is worth noting with this countdown is that while it gives a good indication of the most popular whiskies currently on the market, it doesn’t contain any ji-whisky or expressions from Japan’s growing distilleries, like Chichibu, Akashi White Oak and Akkeshi. This simply comes down to the scale of production at these facilities and the resultant number of bottles that they can actually sell. Of course, Yamazaki etc produce enormous quantities, so there’s much more to go around.

The whiskies that we will talk about today are without a doubt some of the best to ever come out of Japan, and ones that every whisky-lover should have in their cabinet, but it’s worth remembering that they are not the only ones out there and there is a whole world of new and intriguing expressions from different distilleries around the country.

Without further ado, here are our Top 10 Best-Selling Japanese Whiskies of 2019. 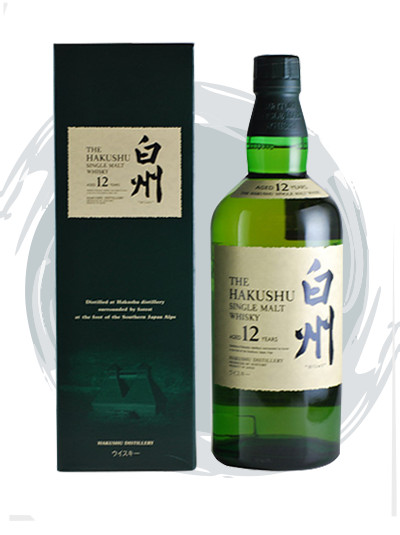 Hakushu is a Suntory owned distillery that sits high in the mountains, right next to a pristine and beautiful water source. They are generally known for producing a lighter, fresher spirit than the drinks giant’s other distilleries – Yamazaki and Chita – occasionally with subtle smoky tones.

The Hakushu 12 is an exemplary example of the crisp, clean and refreshing whisky produced there, bringing citrus fruits, floral tones such as jasmine and chamomile, and hints of smoke.

Sadly, this expression is one that has fallen victim to the on-going Japanese whisky shortage. Although it was discontinued in 2018, there are still some stocks remaining for any fans looking to get their hands on a bottle. 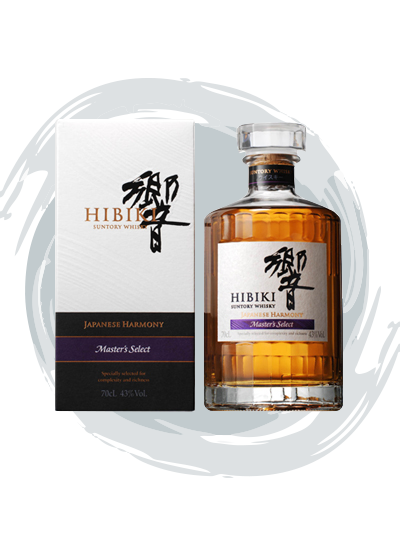 A stunning blended whisky from Hibiki that initially caused some concern due to the lack of an age-statement. As is often the case these days, the concerns were quickly thwarted once we all got a taste of this expression.

It’s a perfectly poised whisky that brings fruity sherry notes together with light citrus and the unparalleled smoothness that is so common in Hibiki whiskies.

Since picking up a Gold Medal at the World Whiskies Awards in 2016, this whisky has gone from strength to strength and delighted millions around the world. 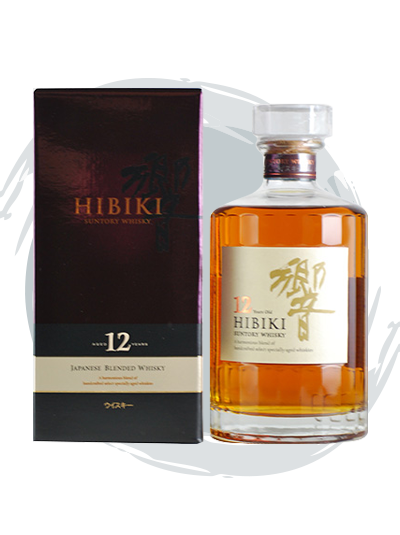 Unsurprisingly, you’ll be seeing a fair few bottles from Hibiki in here. The quality, smoothness and harmony that the master blenders at Suntory manage to get into these bottles is almost unbelievable and they have got as close to perfect the art of blending as possible.

The Hibiki 12 Year Old is the youngest age-statement expression in the brands range but that doesn’t mean it’s not brilliant. Light, fruity and packing with a range of intricately balanced notes, it’s one that is as drinkable as drinkable can be.

It comes in a typically elegant bottle with 24 faces, representing the 24 seasons of the traditional Japanese calendar. 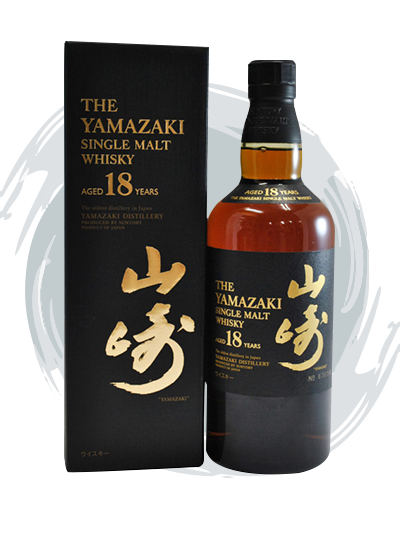 The Yamazaki 18 Year Old is sat in the middle of the famous distillery’s core range, between the 12 and 25 Year Olds. Launched in 1992, this whisky has already managed to gain legendary status among industry fans and critics and is amassing a number of medals that Michael Phelps would be proud of.

It’s an incredibly indulgent whisky that brings truffles, cigar leaves, honey, plum wine and spicy black pepper together with rich, fruity notes of Oloroso sherry. The complexity and balance in this one, provided in equal measure, are truly astounding and it’s a drinking experience that makes you want to savour every last drop.

If you want a luxurious whisky that has a list of awards far longer than my arm (and I’m 187cm tall), this is the one for you. 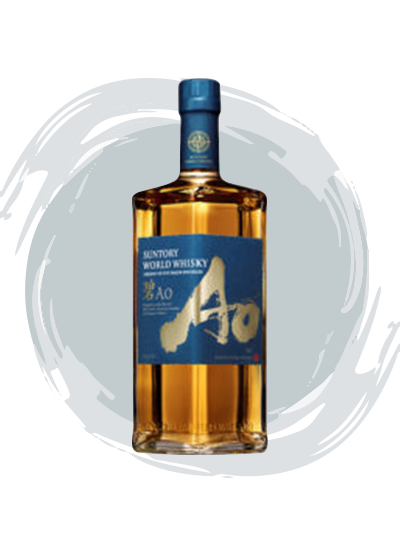 The Suntory Ao is not actually a Japanese whisky per se, but it is a best-seller so definitely warrants its place in this list.

This whisky is Suntory’s first major venture into the world blend category, likely spurred on by the aforementioned whisky shortage, and it’s a real delight.

Created by blending top quality malt and grain whisky from the world’s five largest whisky regions – Japan, Scotland, Canada, Ireland and the USA – it brings complexity, balance and a fantastic range of flavours.

It’s a truly delicious expression and we can’t help but think this is only the start of this potentially huge category of whisky. 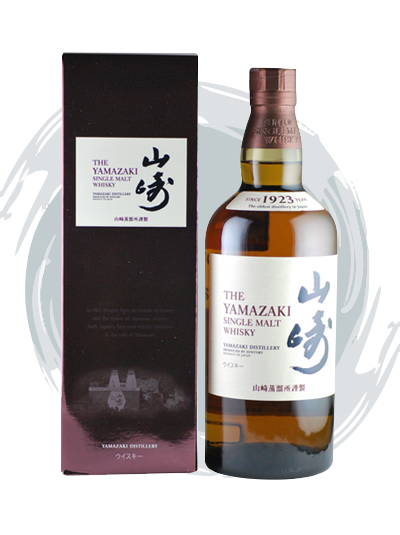 The Distiller’s Reserve is Yamazaki’s main NAS (non-age-statement) expression and it’s a really accomplished whisky. Released in 2014, it has since steadily risen to popularity and cemented its place as a fantastic expression of Japanese whisky.

Created from single malt matured in Bordeaux wine, sherry and Mizunara casks, it brings a range of fruity flavours, gentle spices and subtle fragrant aromas. It’s a very well crafted whisky and very moreish, so it might be worth buying two! 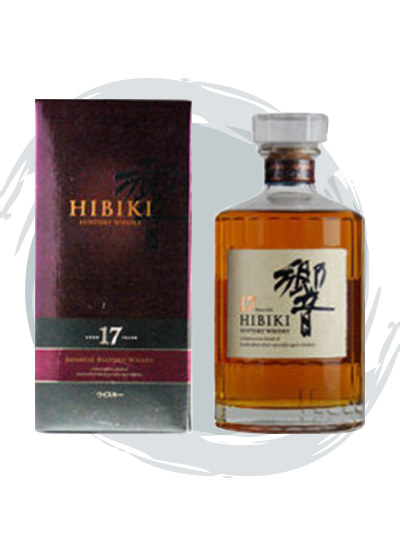 Yet another incredible whisky from Hibiki, the 17 Year Old sits in the middle of the brand’s age-statement range, between the 12 and 21 Year Olds. As with almost all Hibiki whiskies, it’s a premium blend that is expertly crafted from some of the finest malt and grain whisky in Japan.

Subtle fruits, a gentle smoothness and hints of spices are the most apparent and they come together in seamless fashion. This one made a name for itself when it picked up a Gold award at the International Spirits Competition 2013 and has since become one of the most popular blends to come out of the country.

Sadly, this delicious whisky is another victim of the Japanese whisky shortage and was discontinued in 2018, however some stocks do remain, so get your hands on it while you can. 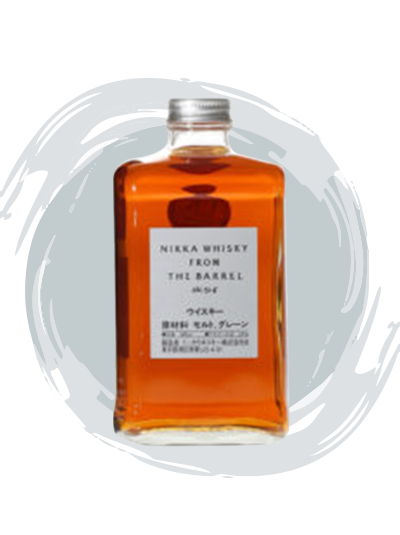 3. Nikka From The Barrel

If you got the hint in the second paragraph of this piece, you will have known that this whisky would pop up somewhere on the list.

The Nikka From The Barrel is an outstanding blended expression created from single malt and grain whisky produced at the drinks giant’s Yoichi and Miyagikyo distillery. It brings elegance and balance to your glass and a delightful array of smells and flavours that keep you coming back for more.

This whisky has actually been around for some time in Japan, but it was only made available overseas in 2018 and has quickly become a fan favourite. Given the relatively low price of this bottle, you’ll struggle to find an expression (Japanese or otherwise) that offers better value for money. It’s no wonder it’s a best-seller. 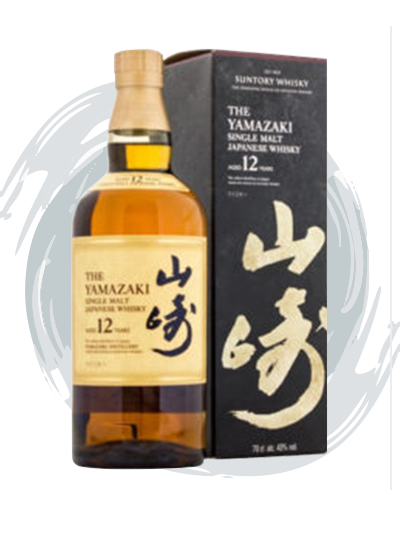 It has been said that it was the Yamazaki 12 Year Old that propelled Japanese whisky to international fame after it picked up a Gold award at the International Spirits Challenge 2003, and I’m not about to argue with that.

The whisky first came onto the market in 1984, but it wouldn’t be recognised for its quality, poise and sheer excellence until some years later. Today, it is without a doubt one of the best Japanese whiskies in the world (hence why it’s the second best-seller) and it has become a staple for millions of whisky fans around the globe.

Each year, the Yamazaki distillery releases a new edition of the 12 Year Old and while the label and box can change, the incredible liquid inside remains the same. This whisky has now picked up more awards than I would care to count and that only goes to highlight it’s supreme quality.

Rich sherried fruits, subtle spices and a plethora of other intriguing notes can be found in a glass of this exceptional whisky. If you haven’t already tried it, you’re missing out. 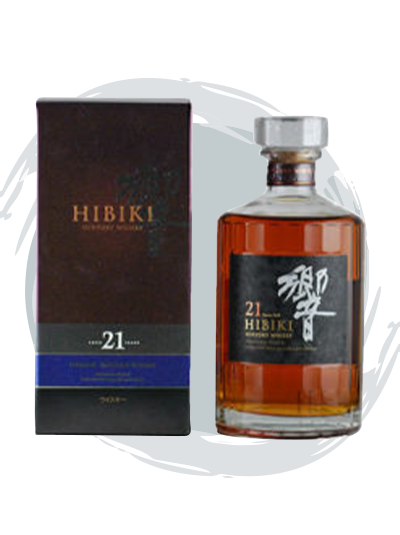 The best-selling Japanese whisky of 2019 so far goes to none other than the Hibiki 21 Year Old. There have been a fair few Hibiki whiskies included in this top 10 today and that goes to show just how precise and adept the brand’s master blenders are at creating whisky that you, me and everyone else adores.

This one brings dried fruit, baked apples, strawberry jam and orange peel together in the most harmonious of fashions and it’s a joy to behold.

The Hibiki 21 Year Old offers great value for money and is now one of the most awarded Japanese whiskies of all time, winning “World’s Best Blended Whisky” at the World Whiskies Awards on no fewer than six times! A real show-stopper.