We realize that Japanese whisky winning multiple awards in international spirit competitions is quite the norm nowadays, but, nonetheless, we simply love broadcasting the latest award for Japanese whisky to the world, in the hopes of reaching someone who doesn’t yet know how great the drams from Japan really are.

Now in its 22nd year, the ISC is one of the biggest competitions for quality spirits in the world and is supported by some of the largest global spirit producers. Over 1,300 spirits are received each year, from more than 70 countries.

Taking pride in its set-up, the ISC employs a strict, independent judging system, which sees panels of over 50 highly respected and experienced spirit experts blind tasting and reviewing spirits over 7 days.

Delivered in numbered tasting glasses, each sample is blind tasted and given a score for its aroma, appearance, taste and finish. Results are received by the chairman of each category, who then analyses them.

The highest category award a spirit can receive is the Trophy, followed by the Gold, Silver, and Bronze awards. The ISC structure is strict but fair and gives producers all over the world an equal chance of being awarded.

In this year’s ISC, Suntory reigned supreme, being awarded in some of the most prestigious categories of the competition. Nikka followed closely, winning numerous gold awards in its categories.

“Surprise,” said no one!

In this year’s ISC, held on July 13th in London, Suntory Spirits was named “World Whisky Producer of the Year,” an award given to a single whisky maker in the highly competitive “World Whisky” category for producing a large range of high-quality products.

This award is given based on a points system which breaks-down the brands entered by each company. Suntory, with its large portfolio of great whiskies, took home the award with ease.

But that’s not all. The multiple award-winning Hibiki 21 won a “Trophy” in the “World Whisky” category, marking its fifth year in a row winning the award. This year, however, the famous blended whisky went even further, as the Hibiki 21 went on to receive the “Supreme Champion Spirit” award.

The “Supreme Champion Spirit” award is given to the highest scoring trophy winner of the entire competition after all the trophy-winning spirits are re-tasted blind by all the category chairmen.

In total, 15 whiskies from the Beam Suntory portfolio were awarded gold medals, making this Suntory’s best year on the international spirits stage. 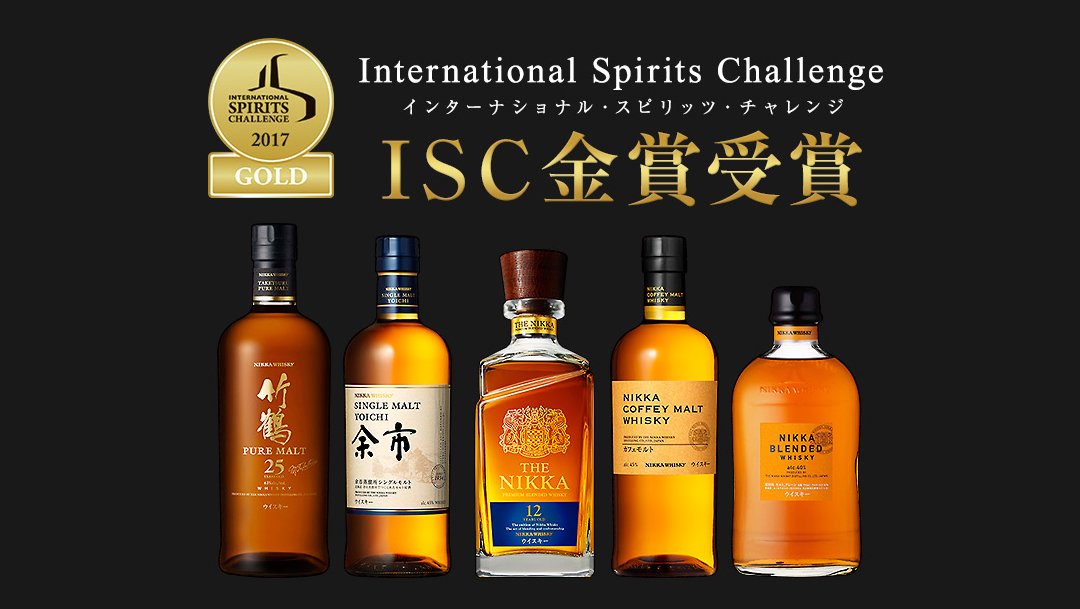 Nikka also did well at the 2017 ISC, with many whiskies from the company’s range receiving gold awards across several categories.

Among Nikka products, The Nikka Coffey Malt shone the brightest, taking home a “Trophy” in the “World Whisky” category.

First, the World Whiskies Awards 2017, and now this.

All these accolades truly leave us wondering just how far Japanese whisky will go. We’re pretty sure that it’s only going to get more exciting from here.