Inspired by Scotch and produced through a very similar procedure, Japanese whisky belongs in its own category due to a number of details specific to the local industry.
Until recently, few people outside of Japan even knew about the existence of a well-developed whisky manufacturing scene. Success of brands such as Nikka and Suntory in the foreign markets brought Japanese whisky into the spotlight, although the reasons why this drink Japanese Whisky Glass is so unique are still not commonly understood among the general population. Here is a short introduction:

Whisky has a special place in the modern culture of Japan – and it’s well deserved. First introduced in the 1920’s after Masataka Taketsuru visited Scotland and studied the production technology there, it became immensely popular during the mid 20th century, with a large number of distilleries established in the island country. Many of these factories are now out of business, but they set a high standard for the modern whisky producers and provided crucial experience that pushed Japan-made whisky into the top global rank. Over the past decade or so, several Japanese brands won big international awards, as well as legions of new customers in the West, challenging the notion that Scotch must be produced in its native Scotland in order to be regarded as elite.

Patience and attention to detail 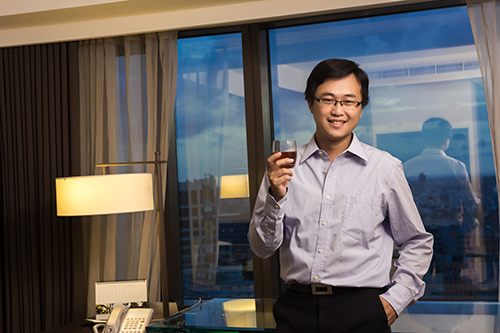 It comes as no surprise that pioneers of the whisky trade in Japan did everything in their power to ensure that their products can aspire to perfection. The distilleries are typically built in locations known for great water sources, with locally grown barley used to ensure a specific flavor. A typical Japanese whisky goes though a long aging process before it is bottled, with the barrel the drink is kept in adding the finish. Japanese mild climate also plays a crucial role, since temperature changes are not as sharp as in Scotland or Ireland. The finest whiskies are only offered for sale many years after they were distilled, sometimes in very small quantities. Most Japanese distilleries value quality over quantity, so even entry-level brands are characterized by highly consistent quality standards.

Every great whisky features an intense mixture of tastes, and flagship Japanese brands are not an exception. Often described as powerful and gentle at the same time, they were gradually developed to fit the preferences of the local palate. In the process, they assumed new nuances and altered the original Scottish varieties until they developed distinct identities with flavors ranging from smokey and wood-themed to sherried and floral. When non-Japanese drinkers try one of the more sophisticated whiskies from this group, they experience them as exotic and almost seductive. It isn’t an exaggeration to say that Japanese whisky is the expression of the land itself and its people, as it represents a product of generations of hard work and constant improvement.

In most of the world, blended whiskies are accounting for the majority of sales, and the manufacturers are responding accordingly. It is very common for distilleries to trade in whisky varieties to be used in blending, which allows different brands to have many of the same components of taste. In contrast, Japanese producers tend to keep their stock in-house, which limits the possibilities for blending and instead promotes manufacturing of numerous single malt whiskies in the same distillery. This allows for more experimentation, ultimately contributing to the uniqueness of the local whisky scene. Such a broad selection can be confusing for the uninitiated consumer, but true connoisseurs learn to appreciate the depth of the offering and find their own favorites.