We recently celebrated our 4th Anniversary, bringing back the popular #ToastDekanta competition, blog posts and a number of excellent flash sales to our cherished and loyal customers, all leading up to our exciting launch event on June 10th in Tokyo.

While the week of celebrations was enjoyed by many of you, and of course by us, the launch event was the pinnacle of it all, where we revealed our latest whisky in the Ki Series – the Kigai 2019.

The 352 bottles were offered out to our customer database before being made public and the uptake and interest has been somewhat humbling. So firstly, thank you all for your continued support, and secondly, if you want to get your hands on this brilliant new expression then you best act quick, as they are selling fast!

From Japan to Scotland and Back Again

The idea for the Kigai was born some time ago. The first installment in the Ki Series was launched at Sexy Fish in London on the same date last year – June 10th. After receiving some truly excellent feedback from that whisky, and the event, we set the wheels in motion for the second expression in the series and so The Kigai was born.

Much like the Kikou, this whisky was produced at Eigashima in 2011, one of Japan’s lesser known distilleries but one whose history, practices and flavour profile struck a chord with us.

Even though we had released an Eigashima just one year ago, 2019 is 100 years since the distillery became the first in Japan to be granted a whisky producing license, and as such 100 years since the birth of the Japanese whisky industry. We felt that an extra-special Eigashima expression was the only fitting way to celebrate this enormous milestone.

The whisky was put into none other than an ex-Port Ellen cask for maturation. Port Ellen is one of Scotland’s lost distilleries and their whiskies fetch huge prices at stores and auctions around the world, so when given the chance to mature Japanese whisky in casks from the distillery we naturally jumped at the chance.

After spending some six and a half years in the cask, picking up the smoky and citrusy characteristics that the distillery was famous for, we decided to make this one different, better and even more intriguing than the Kikou (if that is at all possible). 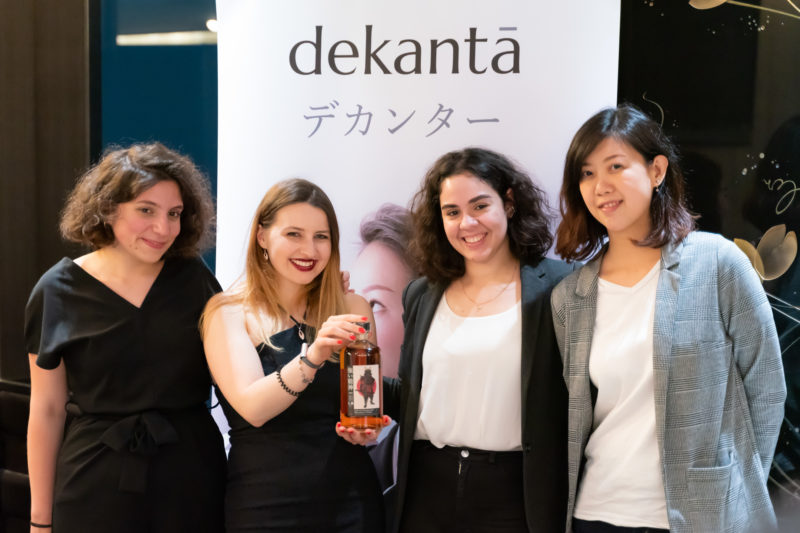 But how would be do this? One option in particular stood out to us – Mizunara wood.

Mizunara oak is famous in Japan for being difficult to work with, while the tree itself takes an incredibly long time before it is ready to be cut down and used (almost 100 years). The casks are prone to leakage and can easily overpower a whisky if they are not handled carefully, but we felt that these were risks worth taking.

Sandalwood, chilli spice and aromas of Japanese incense are a few of the notes that the finishing period has imparted on the already complex spirit. Much to our delight, they mingle perfectly with the notes from the Port Ellen cask and the floral and seaside notes of the Eigashima liquid itself.

An extra depth of complexity has been added, but it’s not abrupt or unpolished, rather it has created a smooth and meandering experience that saunters from note to note, giving you ample time to experience one, before carefully introducing you to the next.

The superb design once again calls on Japanese folklore, depicting an all-powerful Shogun, one who has ultimate authority and commands total honour and respect. The stand is modelled from the Shogun’s famous helmet and, side by side with the Kikou, they highlight two contrasting but intrinsically linked aspects of Japanese history and culture. 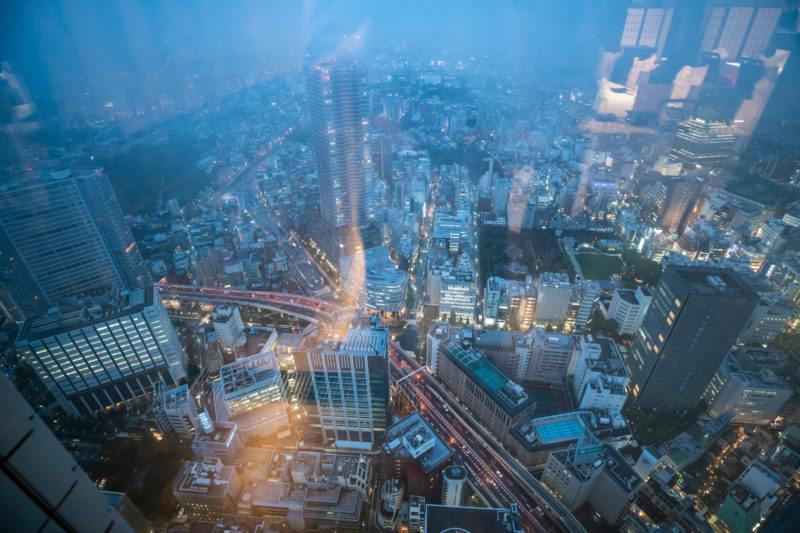 Garden In The Sky (Tokyo)

This year we thought that, as we were taking the expression back to Japan with the Mizunara finish, we should do the same for our launch event and so, we sought out an incredible venue in the nation’s bustling capital, Tokyo.

The Garden In The Sky was perfect. 59 floors above the city, with views of the incredible skyline, fantastic food and a passion for whisky – it really was the only choice.

After mingling with journalists, photographers and some that simply had an interest in whisky, we kicked the night off with a little bit of history about the Eigashima distillery and our reasoning and choices behind the bottle.

Then, to an online audience as well as those in attendance, we revealed the Kigai and a scramble for photos and a closer look ensued.

I followed this with a brief tasting (I kept it brief as I could hear bellies rumbling), followed by seven courses of some of the best Japanese cuisine to ever pass my lips. Wagyu, mackerel and Japanese creme brulee were a few of my personal favourites.

The night was topped off with yet more whisky, highballs and some great chat, before everyone went home with a happy belly and a very happy palate.

Once again we are overjoyed and humbled by the feedback that we’ve received about the bottle, its design and the whisky inside. It makes us truly happy to bring collectible, unique, and most importantly, delicious whisky to our fans and customers and make Japanese whisky history together.

We’re looking forward to bringing you more and more exciting expressions in the months and years to come, it’s sure to be a journey that, much like whisky, is best enjoyed together.