Earlier this week we to announced our latest private bottling – The Karuizawa Koinobori collection, and the response was overwhelming with sets flying out the door quicker than you can say “Karuizawa”.

This set of 3 stunning bottles from Japan’s legendary silent distillery was inspired by our passion for Japanese art & culture, and of course Japanese whisky. The bottles feature incredible, rare liquid and impeccable design that combine to create one of the most beautiful and meaningful Karuizawa releases in recent years.

It’s an immaculate trident of bottles that are not only beautiful to look at but also highly collectible and of course, delicious (should you decide to open them). There are only a couple of sets remaining, so act fast if you want to get your hands on one.

Everybody in the whisky world today has heard of the Karuizawa distillery, but it wasn’t so long ago that a lack of interest in Japanese whisky was forcing the distillery’s new owners to consider their options.

Having operated the distillery since 1962, the Mercian Corporation was bought over by Kirin Holdings at the end of the 20th century and they took the bold but sensible decision that it was not worth maintaining the distillery’s operational status in the current climate. Karuizawa was shut down in 2002, with the remaining stock and equipment being sold off, mainly to private investors.

Just a few years later, Japanese whisky exploded onto the world stage, and since then Karuizawa whisky has become something of a commodity, with bottles breaking records at auction houses around the world as collectors and enthusiasts alike try to get their hands on some of the precious little liquid that remains.

At dekanta we’ve always been passionate about making this fabled whisky accessible to the masses, without the need to troll through auction houses. We’re also huge lovers of Japanese art and culture, so when the opportunity arose to design our own bottles for this acclaimed liquid, we naturally jumped at the chance.

The highlight of this beautiful collection is the bold Karuizawa single malt that has been carefully crafted from a range of vintages distilled at the turn of the century. Varying cask types and maturities were selected to capture the full gamut of notes that are unique to Karuizawa’s highly distinguished expressions.

The flavor profile is one of the most complex Karuizawa expressions you’ll find, featuring notes of spice and dark chocolate on the palate joined by umami and succulent forest fruit. Prunes, dates, and plums intensify nearing the finish. It’s a delightful experience through and through. 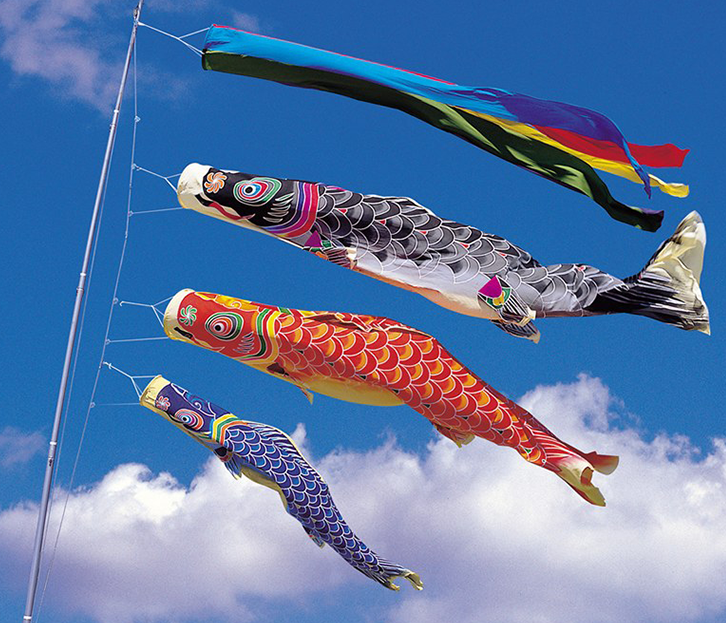 For those that don’t know, Koinobori are Japanese carp-shaped windsocks flown annually to commemorate Kodomo ni Hi (Children’s Day). It’s a cultural tradition that dates back to the reign of Empress Suiko in 593AD when Tango no Sekku (Boys’ Day) was celebrated on May 5th, with Hinamatsuri (Girls’ Day) being celebrated on March 3rd.

This was the way of it for centuries, until in 1948 the government announced that they would merge the two days into one national holiday that would celebrate the happiness of all children and pay homage to mothers – Children’s Day was born.

One thing that has been consistent throughout is the flying of Koinobori. These intricate decorations bring colour to the front of peoples’ houses in hopes of bringing their children good fortune, health and strength.

When we saw what they looked like on the front of the precious Karuizawa liquid, we immediately fell in love and knew that we wanted to bring these bottles to our loyal customers.

Coming in a wooden box that houses all three bottles, it’s a set that’s sure to be the centrepiece of your collection and be your pride and joy for years to come.

All 30 sets of this stunning new Karuizawa went on sale at 9am EST on Tuesday 10th December and we’re delighted to say that, as expected, all but a couple of sets sold out in just a matter of hours. Congratulations to everyone that got their hands on one, and for those that didn’t – there’s still time but you best act quickly to add this incredible set to your collection.