It’s June and that has everyone here at dekanta very excited, and not just because the summer has arrived and the sun is shining. While that does put a smile on all of our faces, there’s something else that has us in a particularly good mood, it’s our 5th anniversary!

That’s right, we’ve now been delivering bottles of the most popular, best and rarest Japanese whiskies ever produced to our lovely customers for a whole five years! While the achievement isn’t quite in the same league as the 100th anniversary of Mastaka Taketsuru and Rita Cowan’s engagement, celebrated by Nikka earlier this year, it’s still a significant milestone for us, and one that we can’t wait to celebrate with you!

With that in mind, for the next 10 days, we’ll be counting down 10 of our favourite Japanese whisky distilleries and brands, with big discounts available on their best bottles every single day. Celebrations will culminate in our dekanta anniversary online party – dekanta Live – on Friday June 12th (more details here). So sit back, enjoy the offers, discounts and plethora of content that we have coming for you and celebrate our birthday in style with a dram of your favourite Japanese whisky, it’s sure to be a good 10 days. 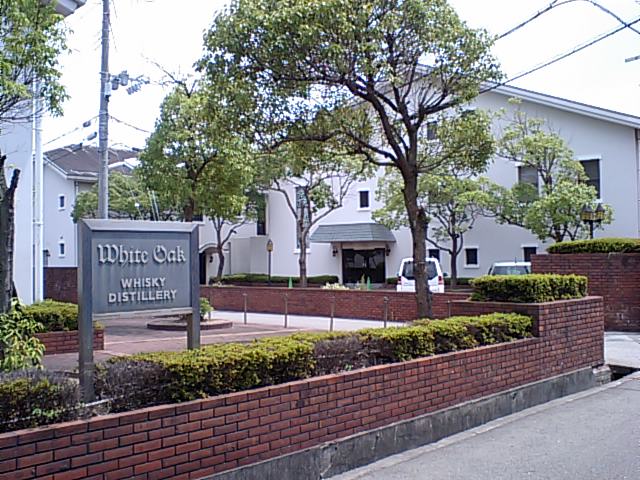 To kick things off, we’re honouring one of our favourite distilleries in the whole country, who we’ve worked with on a number of occasions to create some outstanding private label bottlings. We’re huge fans of their work ethic, rich history and the delicious whiskies they create and are thankful for the hospitality we’re afforded every time we visit – of course, it’s the Akashi White Oak distillery.

Based in Eigashima, Akashi White Oak was founded in 1984, but their history can be traced back hundreds of years to the 1600s, when Eigashima Shuzo was built.

A sake and shochu distillery, Eigashima Shuzo was built in the Akashi area of the Hyogo prefecture by Urabe Heikichi, a local brewer, and it has remained a family run business ever since.

Located in the western part of Akashi, in an area that was referred to as Nada, or “Open Sea”, the brewery was blessed with fine spring water and prosperous fields that made it an ideal location for producing spirits. The location and expert craftsmanship established the company as the premiere producer for Sake and Shochu and they won many awards around Japan for their expressions. They would also go on to win a number of awards on the international stage, though this didn’t happen for many years to come.

As the popularity of their sake grew, Urabe San convinced a number of brewers in the local area to join forces with him, and in 1888 they formed the Eigashima Brewing Company Ltd, with him as the chairman. This was a groundbreaking step at the time, and it is believed to have been the first in the Hyogo Prefecture.  The move immediately positioned the group as a major player in the Japanese economy.

While their Sake and Shochu business continued to grow, the Urabe family began exploring a new opportunity in the early 1900s. Driven by a love for the excellent Scotch whiskies that were sporadically popping up around Japan, they had the foresight to begin exploring whisky production and became the first Japanese company to obtain a license to produce whisky in 1919.

With the license in hand, Eigashima started exploring whisky production, using their existing brewing facilities to learn the process.

While they were the first in the country to have a license to produce whisky, it would be some time before they would begin full scale production. In fact, both the Yamazaki and Yoichi distilleries would start producing spirit before them.

After much hard work and dedication, Eigashima finally began releasing their first whisky expressions to the local Japanese market in the 1960s.

For the next two decades, they would continue to slowly grow the business until, in the early 1980s, they decided it was time to get more serious about whisky production. It was time for a dedicated distillery and so, in 1984, the now famous Akashi White Oak Distillery was built, on the same site as Eigashima Shuzo. The distillery was constructed based on Scottish principles and design, with the original stills being made in Scotland.

Initially, they focused exclusively on blended whisky, until 2007 when they introduced their first single malt.  From that moment forth, the distillery continued to grow and in March 2019, they replaced the old Scottish stills with new ones made at Miyake Seisakusho, the only pot still producer in Japan.

Despite the on-going boom in demand for Japanese expressions, the distillery has just 5 full-time employees who only produce whisky in the summer months, with the winter being used for Sake production. With this said, production volumes do continue to grow, as demand and distribution expand.

This was highlighted on my visit to the Akashi distillery when I spoke with Urabe Yuki, current manager of the distillery and direct descendant of the founder, Urabe Heikichi. He stated “We are continually looking to grow as much as we can. 5 or 6 years ago we were using just 20 tonnes of malt per year. Last year we used 150 tonnes and this year we will use 170.”

This growth, combined with an increasing global awareness of the quality of the liquid being produced there, means that we will likely be seeing a lot more from Akashi in the near future. With incredible whiskies, an idyllic location and a rich, prestigious history stretching back more than three centuries, it’s a place that’s definitely worth getting excited about.

We’ll be back tomorrow for Day 2 of our countdown!

For the next 24 hours, you can save big on some of the finest Akashi expressions available, simply choose your bottles and enter promo code “Akashi15” to get 15% off your entire order.

15% OFF ALL AKASHI BOTTLES