Nikka is the second-oldest whisky maker in Japan and the second-largest. It was founded in 1934 when Masataka Taketsuru founded a whisky distillery in Yoichi, Hokkaido. Today the company also has another whisky distillery in Miyagi. Nikka also makes shochu, wine, brandy and other drinks. In total it has seven factories, distilleries and breweries in Japan, as well as the Ben Nevis distillery in Scotland.
The history of Nikka is closely intertwined with the history of whisky in Japan, as Masataka Taketsuru, its founder, was instrumental not only in founding Nikka, but also in kick-starting Suntory. Masataka was born in the coastal town of Takehara (now Takehara City) about 60km from Hiroshima. His family owned a sake brewery and had been in the business since the early 18th century. Masataka’s father wanted him to continue the trade, and Masataka did in fact intend to do so, studying chemistry at a university to prepare. He was, however, interested in more than just sake, and when he got a chance to study in Scotland, he took it.

In 1918, Masataka embarked alone on his long voyage to Scotland. In this distant land, the young Japanese man would learn the secrets of whisky-making, and here he would also meet the woman who would become his bride.

Masataka enrolled at the University of Glasgow and became the first Japanese ever to study the art of whisky-making. He took chemistry courses at the university and apprenticed at distilleries, learning first-hand from craftsmen and training as a blender — he would later become known as a master blender.

Thus in 1934, Masataka established Nikka Whisky and built its first distillery in Yoichi, Hokkaido, which — though inconveniently located — he had always considered to be the ideal Japanese whisky-making site, similar in many ways to the Scottish town where he had studied. 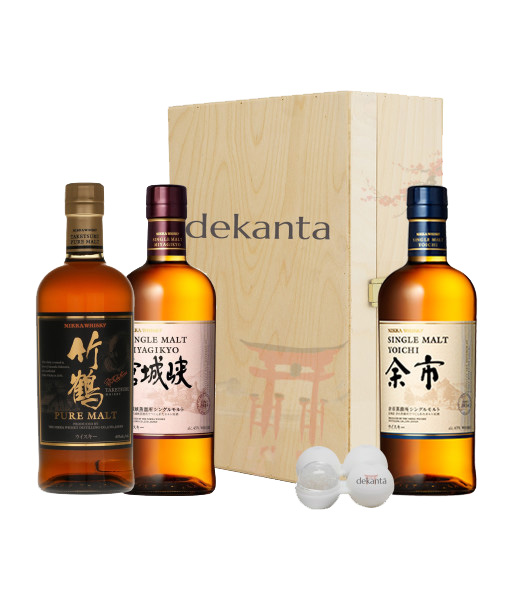 This week we’ve unveiled our new Dekanta-exclusive Anniversary Set of Nikka bottles.The set includes a bottle from each of Nikka’s world renowned distilleries presented in a beautiful collectors box. This is your chance to get introduced to Nikka’s full line, for just $399.99.The set includes 3 bottles, a beautiful wooden box and ice ball mold set.

Check it out here:

What are our TOP 10 Nikka bottles? 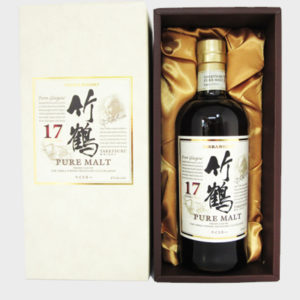 It’s a good indication that a company is certain about the quality of its product when it names it after the company founder. And Nikka has every reason to be certain about the Taketsuru 17 Years Old, as it was won the World Whisky Awards for best blended malt whisky more often than ANY other whisky on Earth! If you want to try the best there is, then the Taketsuru is your bottle!This takes our number one spot due to it being a great value for the money.At this price point, this bottle is a good buy! 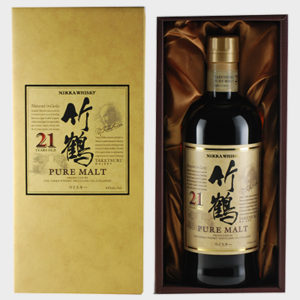 If you like the 17 year old version, then you’ll love this one!It offers a much richer, more complex flavour profile due to the extra aging.This is a truly superb whisky! 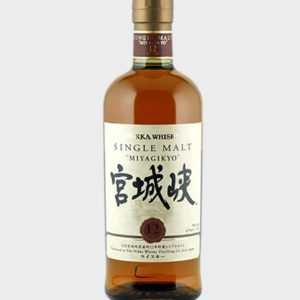 Nikka Miyagikyo Single Malt 12 Year Old is a soft, fragrant single malt whisky, created from steam heat distillation at the famous Nikka Miyagikyo distillery in Japan. Being full-bodied, fruity and complex, with some sherry character, hints of toffee, and some polished malt, this is a deservedly popular choice. This whisky is distinguished by a harmony of the aroma of aged casks with sweet hints of vanilla and gentle peat. The soft taste is elegantly deepened by a sweet and tangy fruitiness. 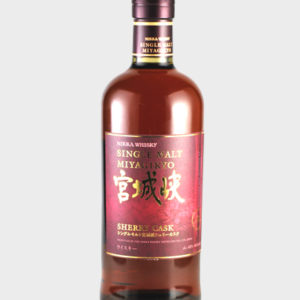 This whisky was aged in Spanish Sherry Casks before a limited number of bottles (just 3000) were released in 2015.This is an outstanding, premium whisky that showcases the superb capabilities of Nikka. 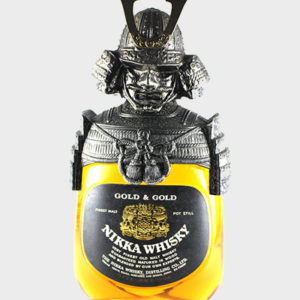 The military commander bottles are a popular collectible that look great on any shelf.Given the beautiful presentation, we had to include this one on our top 10 list. 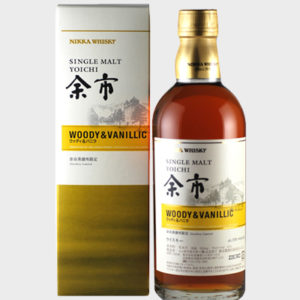 Nikka’s greatest whisky has just been made even better. As always, the Yoichi is characterized by the fragrance of aged casks, a mellow well-rounded palate, and a bold, powerful taste. Here, added is more wood, and a hint of vanilla. A very rare bottle that cannot be easily found anywhere. This is something you must try! 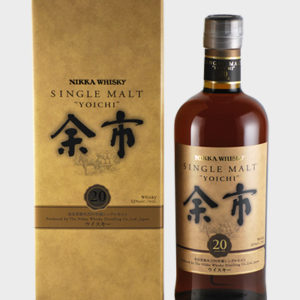 Of all Nikka whiskies, perhaps the most celebrated is their Yoichi, strictly selected from among the malts, distilled and matured for 20 years or more at the Yoichi distillery – the birthplace of Nikka whisky. This single malt whisky is characterized by the fragrance of aged casks, a mellow well-rounded palate, and a bold powerful taste. 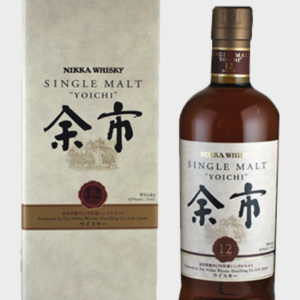 A beautiful introduction to age statement Yoichi whisky.Strictly selected from among the malts, and distilled and matured for 12 years or more at the Yoichi distillery – birthplace of Nikka Whisky – this single malt whisky is characterized by the fragrance of aged casks, a mellow well-rounded palate, and a bold, powerful taste. 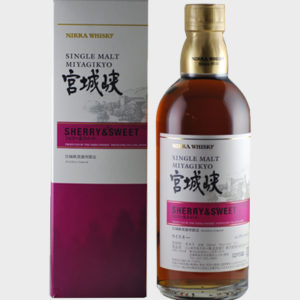 A high quality, top selling bottle.This Miyagikyo bottle was strictly selected from among the finest malts, distilled and matured in a sherry cask. It’s high quality stuff, like everything else from Nikka. 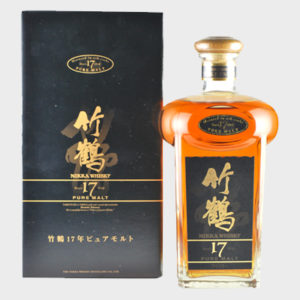 A great 17 year old single malt that is quite enjoyable.Indulge in a well aged whisky that is yet another great release from Nikka.