If you know your Japanese whisky, then you’ve probably heard of Mars Shinshu, or perhaps, you’ve even tried it. It is quite a shame that Mars isn’t quite as well recognized in the West as Suntory and Nikka. Although far smaller in scale compared to the other two, it does, nonetheless, make top notch whisky. For example, the Mars Maltage 3 Plus 25, 28 Years Old was selected as the world’s best-blended whisky at the World Whiskies Award in 2013 – a testament to the quality of the company’s products. The company’s whisky lineup isn’t quite as extensive as Suntory and Nikka’s, but it is far larger than any Ji-whisky maker’s lineup. It is also of higher quality – in fact, world class quality, like Mars’ world whisky award medal testifies to.

There is a bit of a background story where Mars Shinshu is concerned. In 1918, Masataka Taketsuru was sent to Scotland by Settsu Breweries to study the whisky making process; he returned in 1920 and submitted a report, usually called the Taketsuru notes. Settsu, the company that sponsored Taketsuru, had intended to produce whisky, but they were having financial difficulties at the time. As a result, Taketsuru resigned from Settsu, went over to Suntory, and founded Japan’s first distillery, before establishing Nikka.

However, Taketsuru’s boss at Settsu, Iwai Kiichiro, was passionate about making whisky, and soon after, a friend of his recruited him as an advisor to Hombu Breweries. In 1949, the company acquired a license to make whisky, and then in 1960, a whisky division was created. Iwai (the company has a whisky named after him: the Iwai Tradition) used the information from the Taketsuru notes and supervised the building of a whisky distillery.

This first distillery was built in Yamanashi prefecture – a short distance from Tokyo. However, the distillery didn’t take off as expected. This is not to say that there was anything wrong with its whisky; it was heavy and smoky, just like good Scotch tends to be, but at the time, its style wasn’t really popular with Japanese consumers, who preferred something more mellow and sweet. After nine years of operating, the distillery was therefore converted into a winery.

A few years later, following a boom in the demand for whisky, the company started making whisky at their headquarters in Kagoshima – the southernmost tip of Japan. The location, as hot and humid as it is, wasn’t exactly ideal for whisky, but as this was where the company’s operations were, and as whisky was more of a side project at the time, this is where their whisky was made. Sales weren’t bad, but it was clear to Mars that if they were serious about making whisky in the long term, then they had to find a natural environment to make whisky. They did, therefore, begin searching for a more permanent location in the early 1980s.

The timing, of course, was not a coincidence, as the 1980s was a good time to be Japanese; the economy was booming, Japanese companies were buying half the world, and competitor countries were nervously making predictions on Japan as the largest economy in the world. The Japanese were partying like never before and enjoying their success. There were stories of people drinking wine sprinkled with gold in Tokyo (these stories resurfaced in other parts of the world during the booming years from 2000 to 2008). Whisky makers also had a good time, as there was enormous demand for refined booze, and Mars intended to capitalize on this.

The search was finally fruitful in 1985, when the Shinshu distillery was opened at the high altitude of 798 meters in the small village of Miyata in Nagano prefecture. The population of this small town is just 9,000. During winter, the temperature habitually drops below minus fifteen. The humidity during summer is moderate and the water is of high quality, making the area an ideal location for whisky production. The company also used pot stills, moved from the Yamanashi Plant, which were designed by Kiichiro Iwai, based upon the records left by Masataka Taketsuru. In fact, the pot stills closely resemble the straight-head stills used at the Yoichi Distillery.

Whisky was produced only during winter time, while other seasons were used to focus on other drinks. For a while, sales were booming, but by 1990, the party was over; the Japanese economy stagnated and demand for whisky dropped dramatically. Mars, being a relativity young player in the field, halted production in 1992.

By 2007, however, the whisky market started to recover. Improving year on year, Mars resumed production in 2011, after almost a two-decade hiatus. While still not nearly as big or well known as Suntory or Nikka, Mars has acquired a reputation for quality products, it can definitely hold it’s own among any of the major distilleries!

** Note: If you tried purchasing a gift card yesterday, a shipping charge was incorrectly assessed.Since gift cards are virtual, there is no shipping.Everyone who purchased previously has been refunded.

What are our TOP 5 Mars bottles? 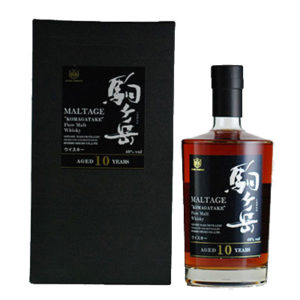 The 10 Year Old version of Komagatake is obviously not quite as matured as the 23 Year Old; nonetheless, it is a superb whisky that has received rave reviews from critics. If you think that the 23 Year Old is a little too over the top for your liking, then go for this one. 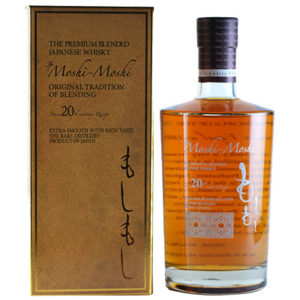 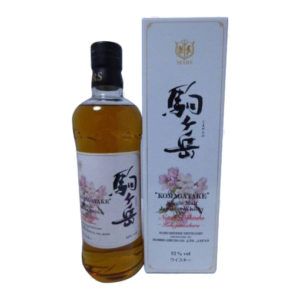 This release from the company is very woody and has been distilled in the quiet valley, around the mountains of Nagano Prefecture, which is located in the Chubu region of the Honshu island, overlooking the old trees and river. We highly recommend that you try this, as this release really showcases the peculiar taste of Hombu Mars products that customers love.

A special, limited edition release that features the iconic Japanese Cherry Blossoms on the bottle and box.This whisky lets you experience mars in it’s authentic, cask-strength form.This is a whisky that is well-balanced and quite enjoyable for all palates. 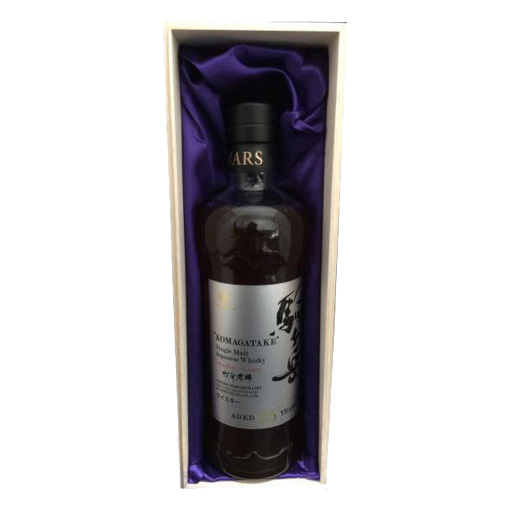 This particular bottle holds a single malt that has aged for at least 25 years before bottling. Since this is a limited-edition bottle, this is a one-of-a-kind dram to try if you’re looking for different Japanese whiskies to experience. Luxurious and full of flavor, this won’t disappoint! 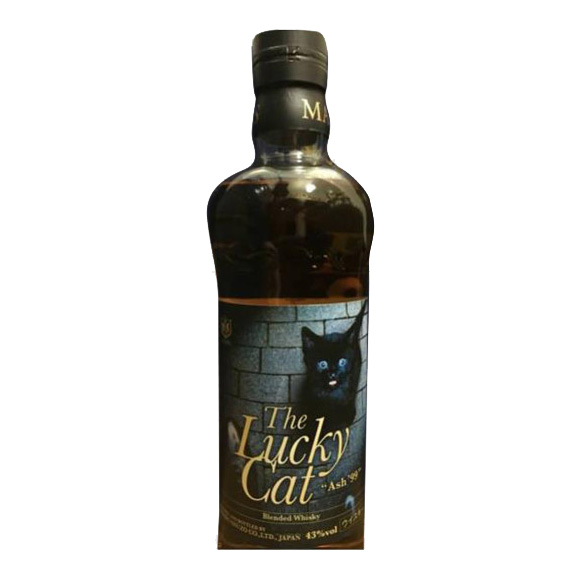 A relatively new series from the Mars distillery, called The Lucky Cat. This is an outstanding blended whisky. In case you are wondering about the name, the owner of the distillery owns a cat, whom he likes so much that he’s dedicated the whole series to his feline companion. With an owner as passionate as this, you know your whisky is in good hands!