The Sun Grain Chita distillery was founded by Suntory in Chita, Aichi prefecture in 1972. As the name suggests, grain whisky is its specialty. Chita is sometimes nicknamed “The Silent Distillery” as unlike other Suntory distilleries it is generally not open to visitors. No great loss — although the distillery makes quality whisky, the site is anything but scenic.

Grain whisky is usually used to smooth the taste of malt whisky, although single grain whiskies exist. Chita makes one simply named the Suntory Single Grain Whisky, which is mostly made from corn and has a round and almost syrupy texture. It is Suntory’s only single grain whisky and is mostly used for highball in Japan. Most popular is the 700-millilitre bottle which has a price tag that reflects its quality. 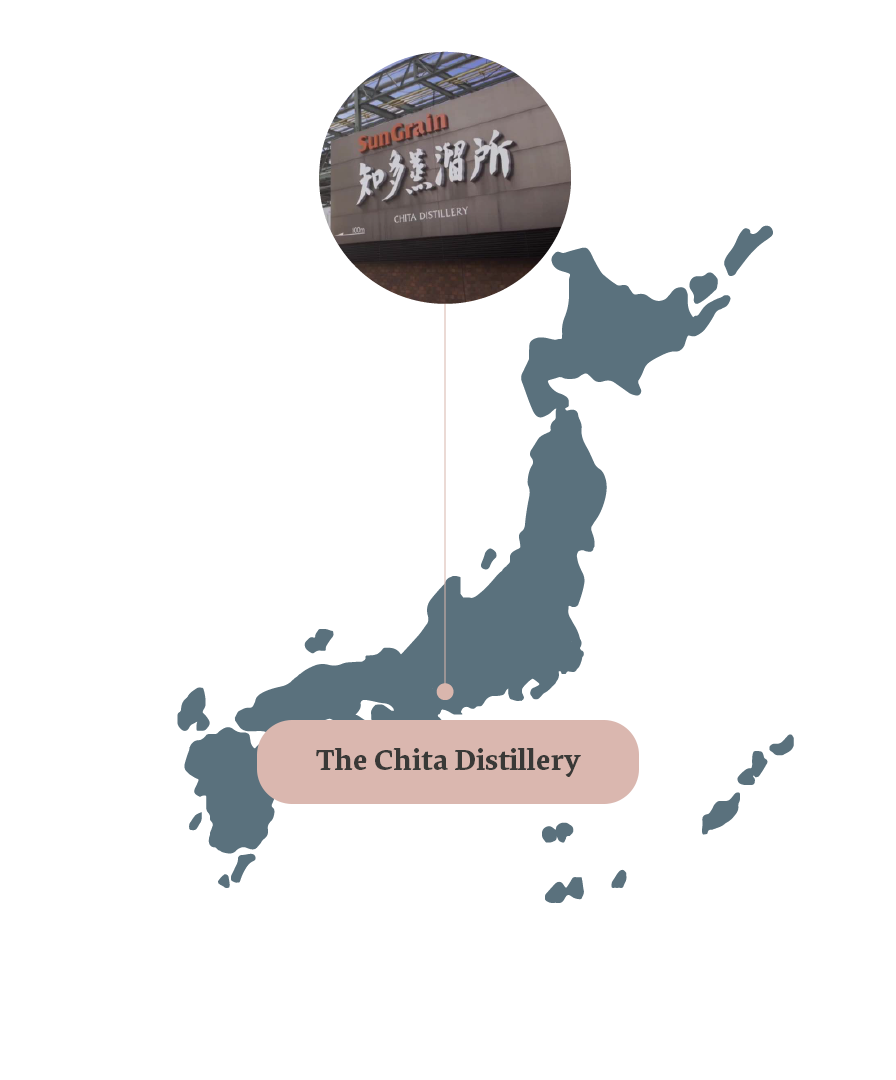 The Essence of Suntory Whisky Set