Nishinomiya is a Nikka-owned distillery and factory located in Nishinomiya, a city just west of Osaka with a population of less than 500.000 people. The distillery was established in 1959 and has been used for various purposed by Nikka ever since, including whisky making. Nishinomiya has some relevance to the history of Japanese whisky because for a long time it used old-style Coffey stills (named after maker Aeneas Coffey) instead of pot stills. At one time, Coffey stills were embraced by almost every notable whisky maker in Europe and America, but no longer. They give a very peculiar and characteristic taste not easy to replicate with modern methods, hence Nikka still uses them (although Nishinomiya’s stills were moved to the Miyagikyo distillery in the 1990s).

The Nishinomiya distillery produces both malt and grain whisky, though grain whisky has always been its focus. The grain is then used in Nikka blended whisky. Japan’s most popular beer, Asahi, is also made at this site. Currently the distillery acts mostly as a warehouse, storing whisky for the thirsty whisky drinkers of the Kansai area. The Nishinomiya plant looks like the factory that it is; it lacks the charisma of other Nikka distilleries such as Aichi. It is also not open to visitors. 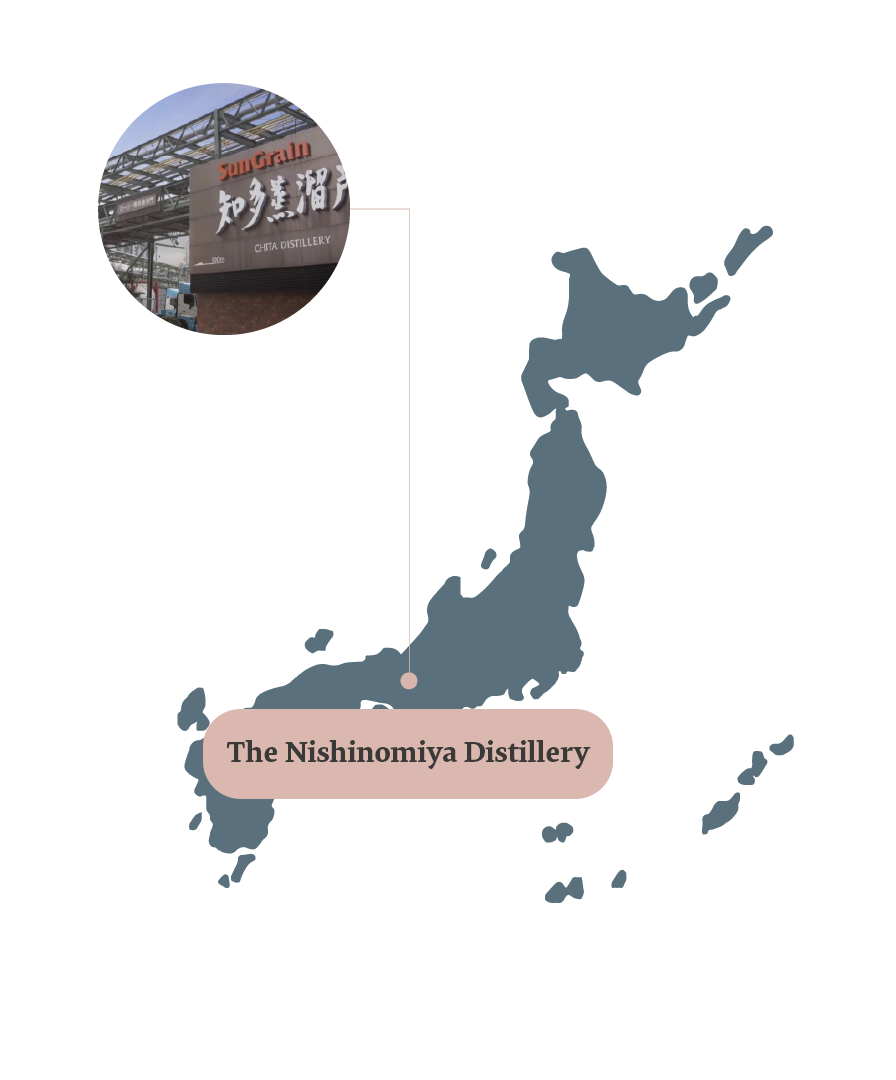