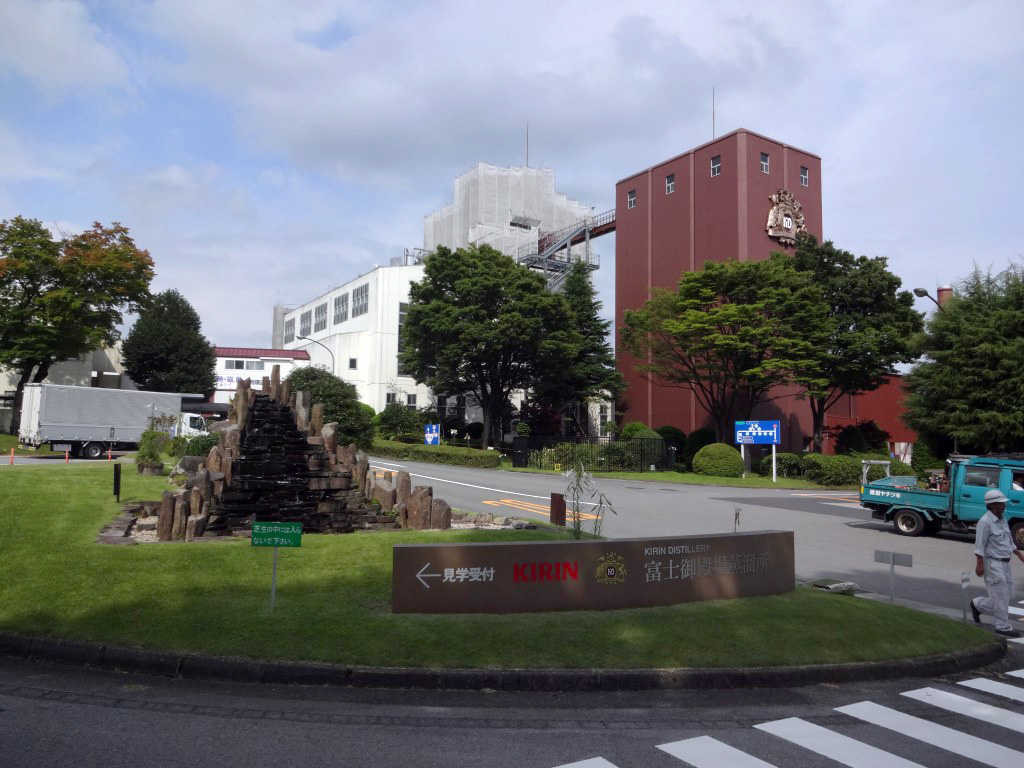 Kirin Breweries is one of the largest breweries in Japan. Its roots stretch back to 1869 when a Norwegian-American businessman named William Copeland founded the Spring Valley Brewery in Yokohama. The founders of Kirin took over Copeland’s assets in 1885 and set up their own brewery, which they called Japan Brewery Company. In 1888, the brewery began producing Kirin beer which today, along with Asahi, is Japan’s major beer brand.

The whisky branch of Kirin is a little younger. Kirin’s whisky is brewed at the company’s Fuji Gotember distillery near Mount Fuji, Japan’s highest and most famous mountain.

The area around Fuji was chosen from a shortlist of about 10 locations because its climate was considered similar to Scotland’s. The city is cooler and less humid than most other areas of Japan, with an average temperature of just 13°C. Mount Fuji is also an excellent source of pure water.

History of the Kirin Seagram company

A few decades ago, Japanese whiskies were poorly known in the world, even in Japan. When people wanted quality whisky they tended to buy imported brands. To remedy this situation, Kirin teamed up with experts from abroad and began exploring how to make whisky that the Japanese would love. Now Kirin has over 30 years of experience in making world-renowned Japanese whiskys.

The whisky Kirin came up with had a comfortable aroma and a mild sweet taste, a perfect match for Japan and Japanese culinary culture. Kirin took advantage of centuries of experience in whisky-making offered by countries like Scotland, importing state-of-the-art techniques. The company’s whiskies are often said to have a clear, sweet taste and a mild aftertaste, while the scent reminds people of fruits or flowers.

It takes a while for whisky to mature, and the scent and taste are dependent on the ingredients and conditions in which the whisky matures. The correct location is therefore of essence. When Kirin decided it wanted to make whisky, it began searching for this location.

It is often said that the most important ingredient for a perfect whisky is the quality of the water, followed by the temperature, and then technology and tools. Kirin searched all over the country for the ideal water, from Hokkaido in the north to Kyushu in the south. After careful investigation, the company shortlisted 10 possible locations. Eventually, the city of Gotemba in Shizuoka prefecture, near the world famous Mount Fuji, was selected.

The distillery is located on an enormous tract of green land, near access to the clean underground water of Mount Fuji, an active volcano. Mount Fuji’s fascinating shape is the result of thousands of years of volcanic activity: With every eruption, lava builds up, giving Fuji its world famous cone. 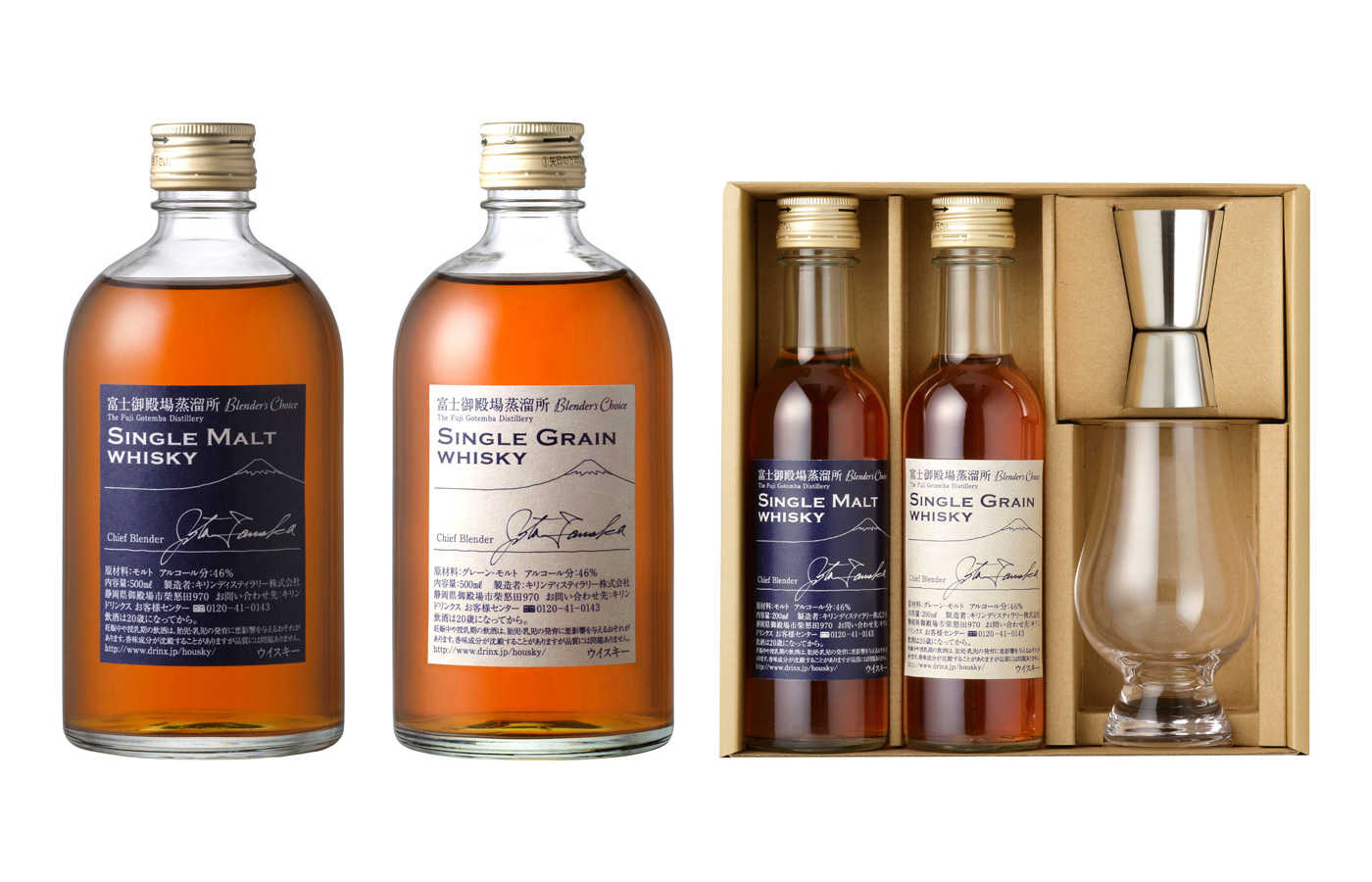 Mt Fuji´s fascinating cone shape is the result of thousands of years of volcanic activity, with every eruption, lava builds up, giving Fuji its world famous shape .

The distillery is located in Midono, an area well known for centuries for its quality water, which originates from the melting snows of Mount Fuji. When the snow melts, the water filters through the lava cracks of the mountain. Every year, more than two billion liters of water flow through these cracks. The final result is excellent water fit for brewing the finest quality whisky.

Immediately after distillation, the whisky is still colourless and its aroma incomplete. It is then put in barrels to mature for a long period, which gives the whisky its characteristic amber colour and mellow taste.

The casks are specially imported for the job from the maker in Kentucky, United States. The barrels are carefully sealed to prevent the alcohol from evaporating, and the insides are scorched, greatly affecting the taste of the final product.

The warehouse at Gotemba is a huge 10-story building, in part so that odors from the ground floor are unable to permeate the whisky. The building is also carefully sealed off to keep out any impurities. The maturing process takes years, but if the whisky is kept too long in the barrels, the wooden taste becomes too strong. Therefore, constant monitoring of the whisky’s status is essential. To ensure that this is done correctly, a computer oversees the process. It checks the aroma and taste of the whisky regularly, ensuring that the product is right. When the whisky has achieved a perfect balance of aroma and taste, it is ready for the next phase. 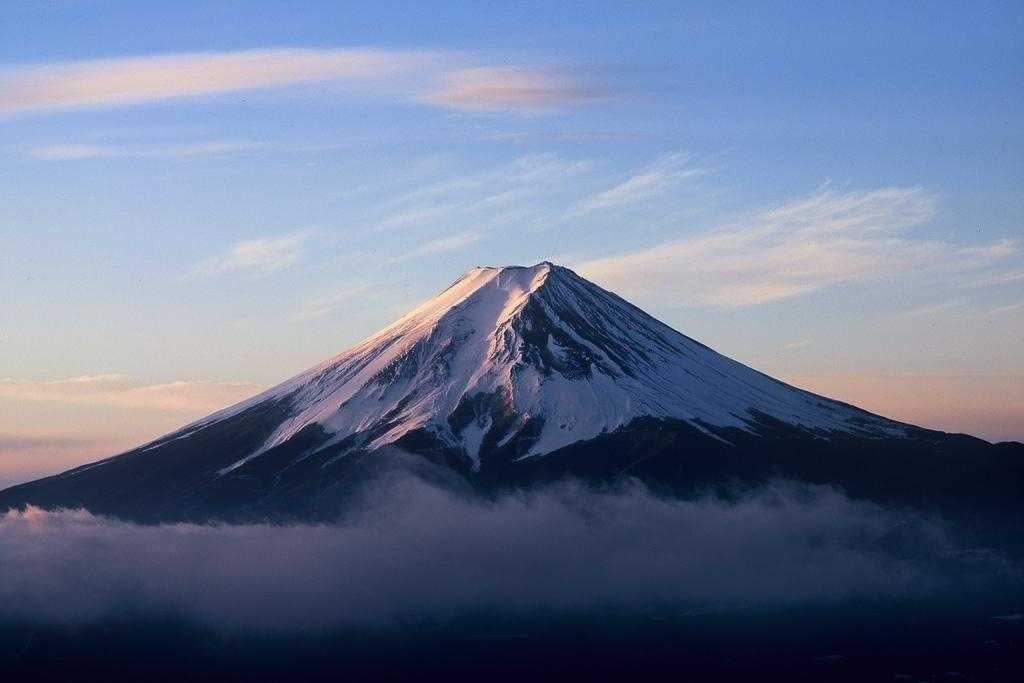 “The quality starts in the forest,” as they say, and then it is up to the craftsman to make the barrel properly. As the whisky will be stored in an oak barrel for years or even decades, it is essential that the oak is right. Kirin whisky matures in wonderful white oak barrels from the forests of Kentucky. The company responsible for over half of all whisky barrels used worldwide sends out over 600.000 barrels annually, and Kirin uses them exclusively. These white oak barrels have been drained in water and cleansed in the sun, making them just right for storing whisky.

Within these barrels, chemical changes in the alcohol take place — the secret of the whisky’s taste and aroma. There are a few notable chemical compounds at work here, including furaneol, lactone, lignin, vanillin and tannin.

Some people think they can taste nuts and even maple syrup in Kirin whisky. The nut flavor is actually a chemical compound called lactone, while the maple syrup taste is from a chemical called furaneol. These ingredients are not originally in the whisky; they form during the maturing process. But where do they come from? The answer: From the oak! The compounds are actually contained in the oak, and with time they gradually dissolve into the maturing drink, greatly affecting the flavor. Another chemical compound called vanillin gives the whisky a scent similar to perfume. The colour is mostly the responsibility of a chemical called tannin. And then there is the lignin: When fragments of the barrel’s scorched inside layer begin to dissolve into the alcohol, this chemical alters the whisky’s taste.

When the whisky has reached the correct level of maturity, it is removed from the barrel and blended into a suitable product. It takes a skilled blender to blend it correctly, someone who understands the correct ratio and can balance the individuality of the malts with the strong aroma of the grain. All in all, there are over 30 different ways of mixing.

Most whisky makers add a little water to their whisky in order to dilute the alcohol level. Kirin, on the other hand, prefers to keep the original blend almost intact, adding a minimal amount of water. As a result, Kirin’s whiskies have an alcohol content around 50%. The whisky is then bottled. Bottle after bottle goes through a careful security check before being labeled, boxed and sent from the distillery straight to the customer.

Whisky From The Kirin Seagram Company