On Sunday, Japan’s Rugby team took to the field in the 2019 Rugby World Cup with a level of determination rarely seen in the sport. It was truly inspiring and showcased the Japanese commitment to excellence on the world stage.
In Japanese culture it’s often said “If something is worth doing, it’s worth doing it in the best way possible.” When higher standards are applied, the results follow. This philosophy is applied to all facets of life across Japan as the meticulous attention to detail gives rise to new levels of quality.
Japanese Whisky draws many parallels as it was built on these same principles and today it’s paying off. Over the past century, Japanese distilleries have worked tirelessly to push beyond conventions and deliver whisky unlike any other. Now, the world is recognizing this effort.  Over the past 5 years Japanese Whisky has frequently topped awards, leading the industry to experience a level of growth nobody could have predicted.  Ten years ago people would have never believed that a Japanese Whisky could best Scotch at a competition, today it’s no surprise. Japanese Whisky has moved from obscurity to be the gold standard of the whisky world.
It’s against this backdrop that we’re celebrating Japan’s historic win by counting down 20 championship level Japanese Whiskies.  The list below highlights 20 bottles which have received notable awards.  And, as a special bonus, for the next two days we’re offering each of these bottles at big discounts.  No promo code necessary, simply place your order by Wednesday to win big for yourself. 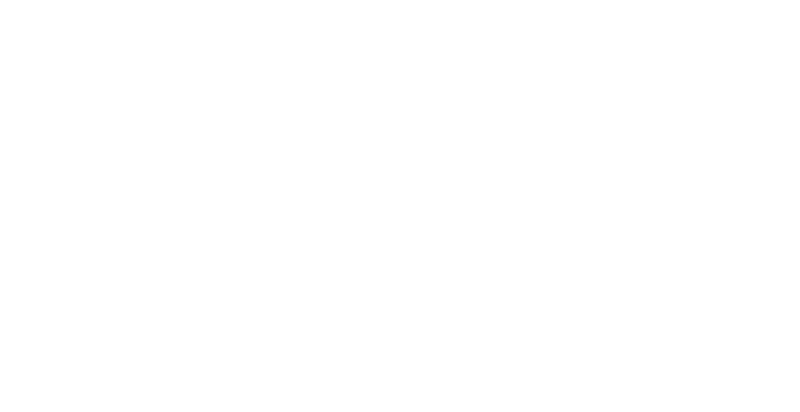 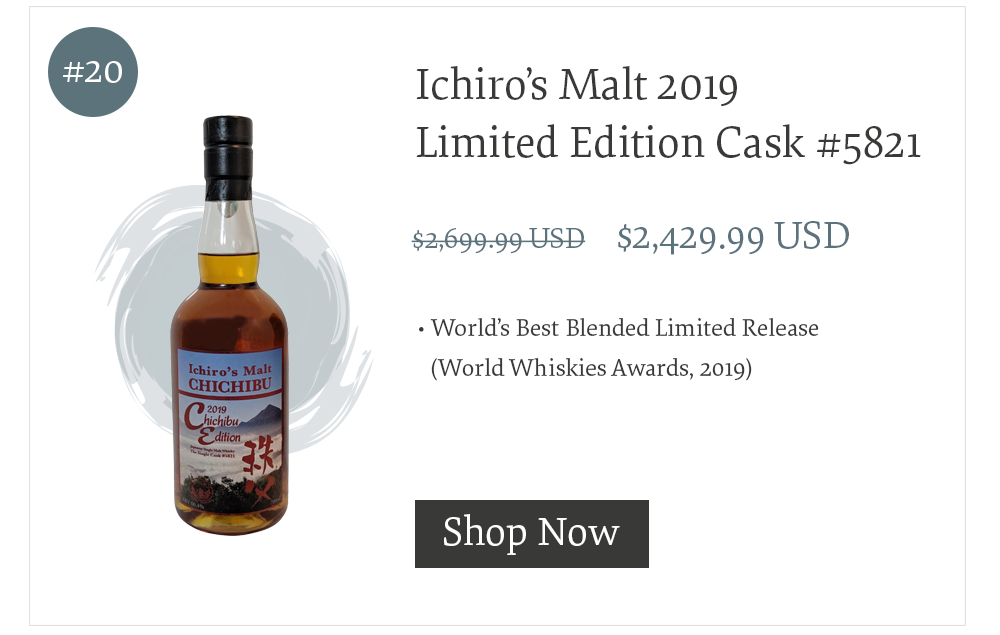 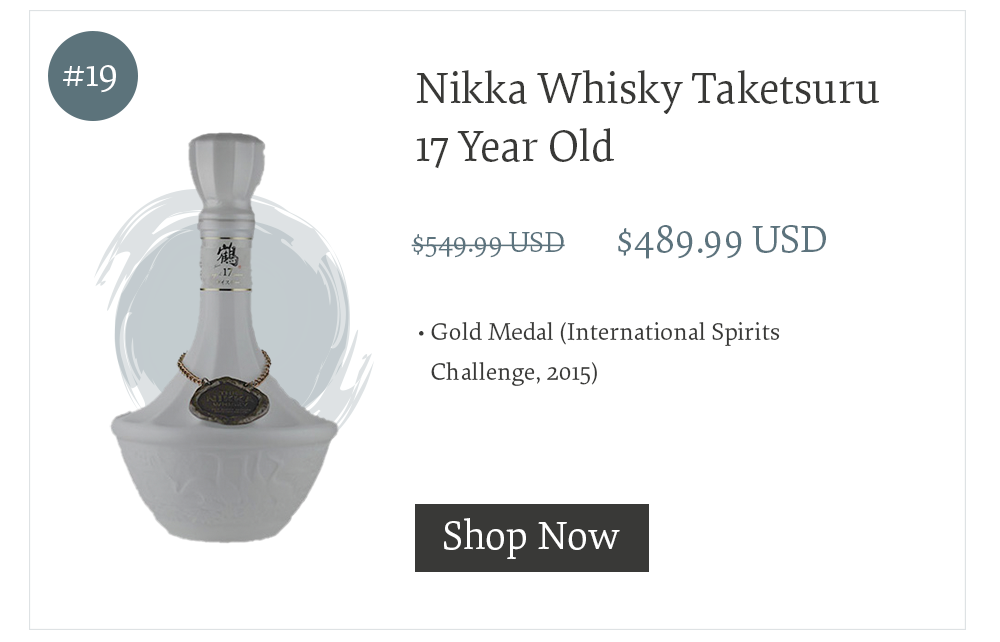 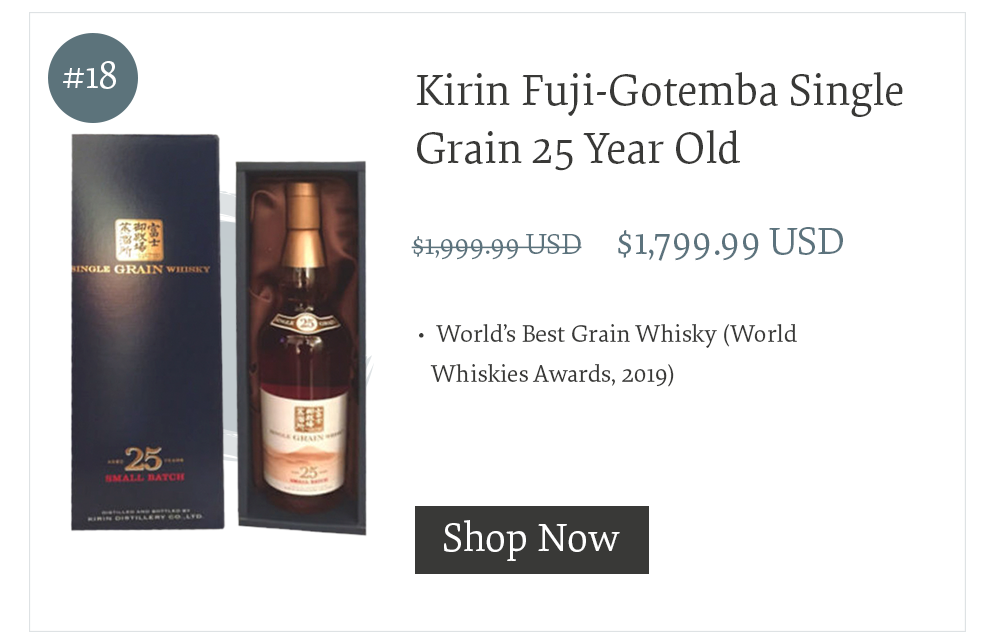 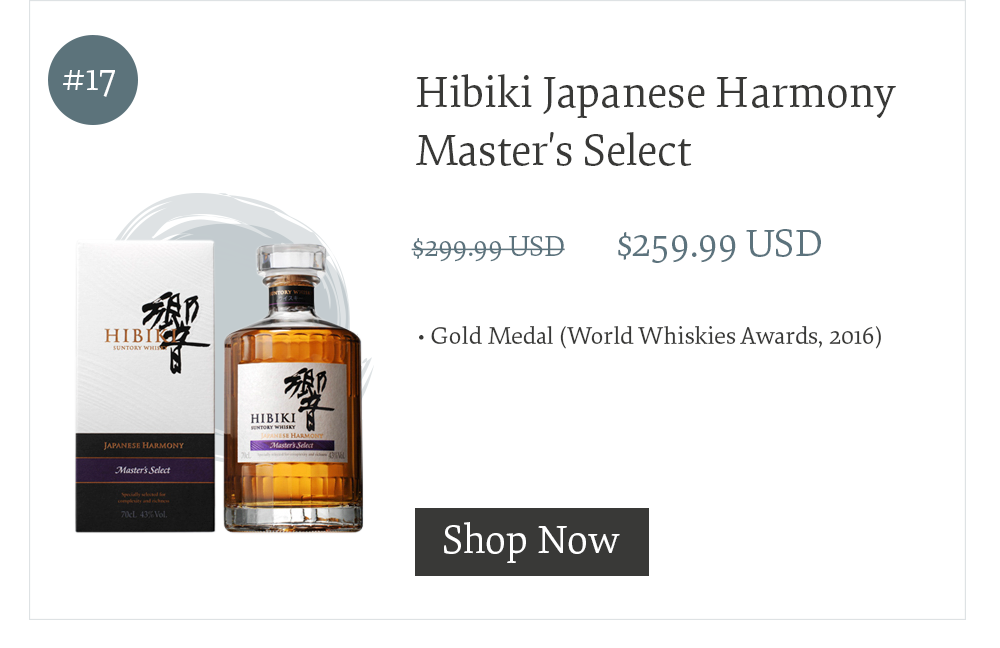 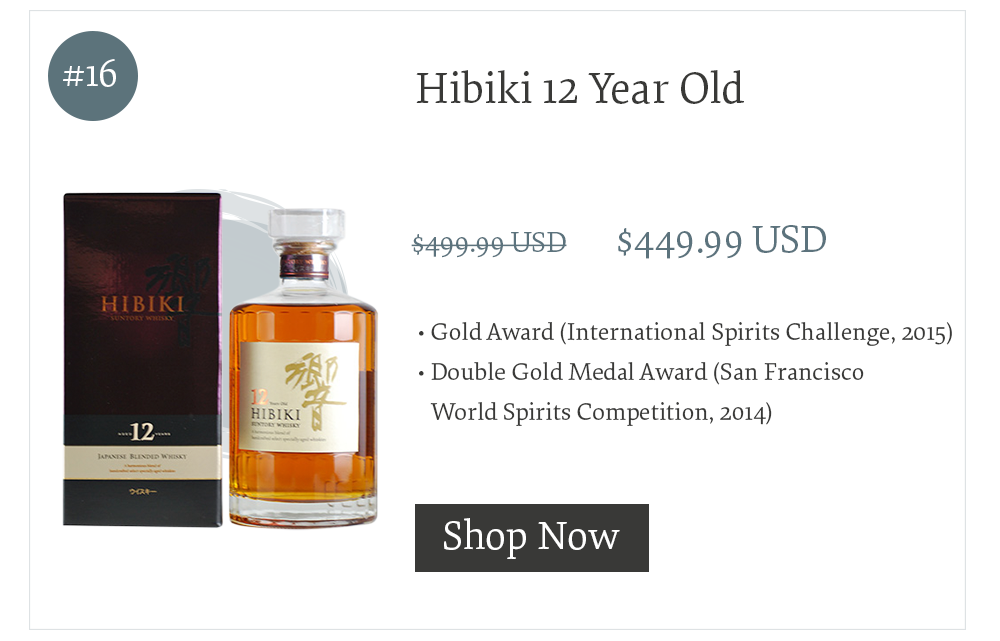 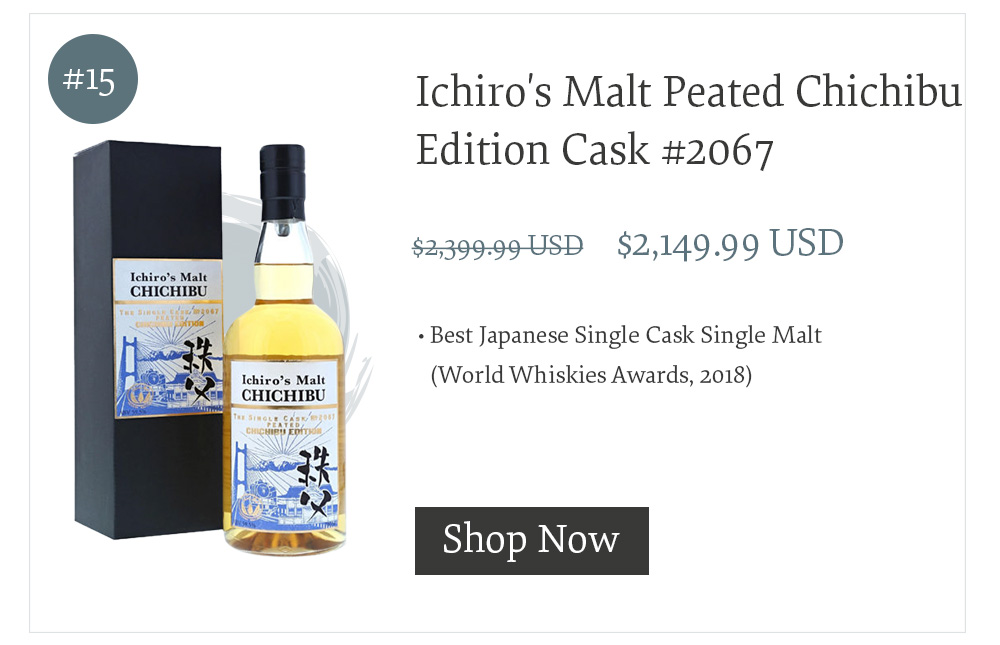 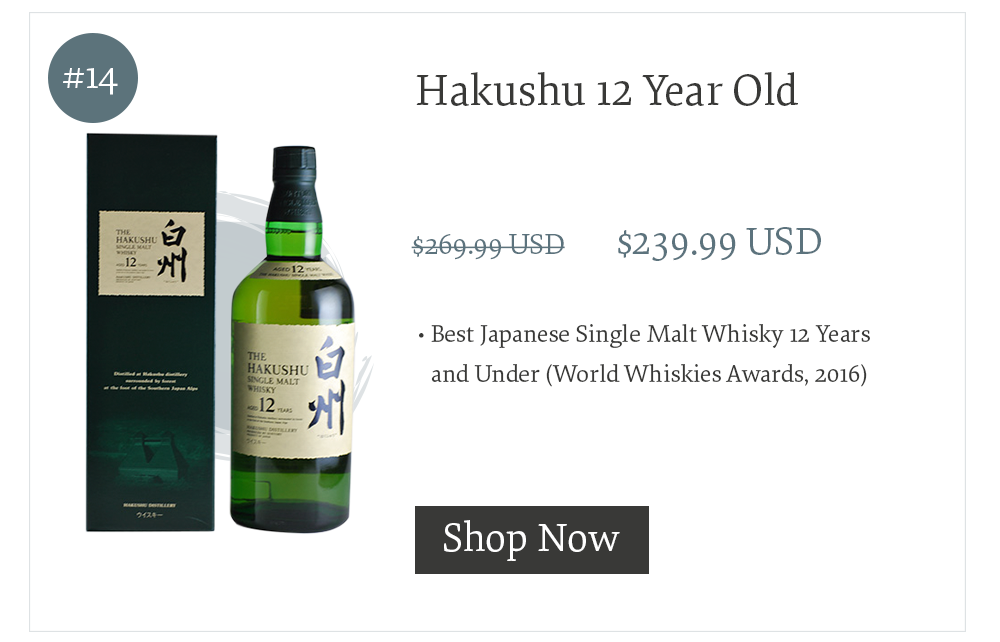 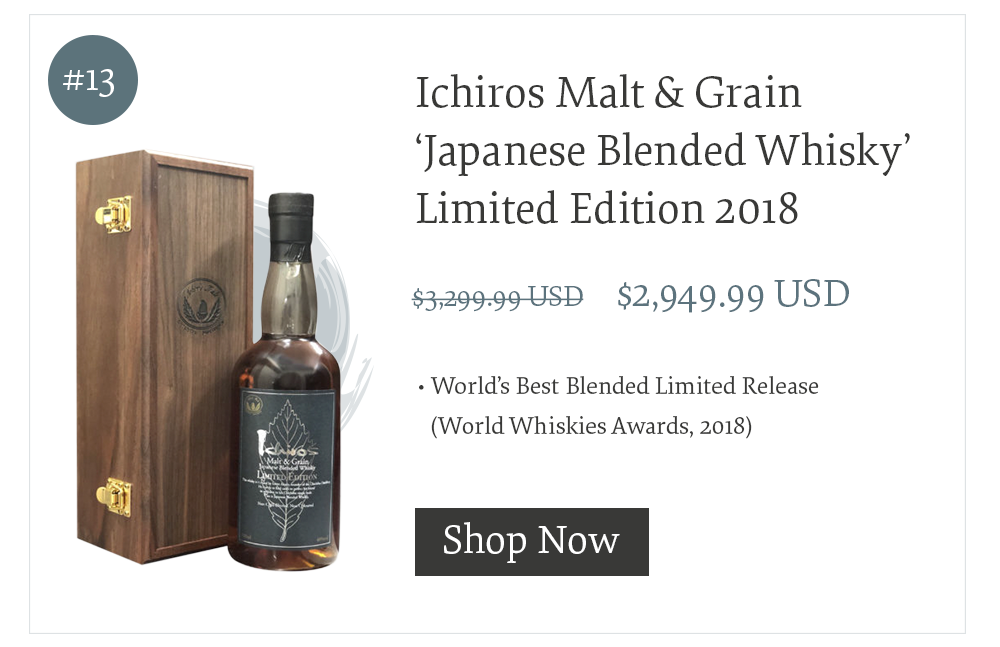 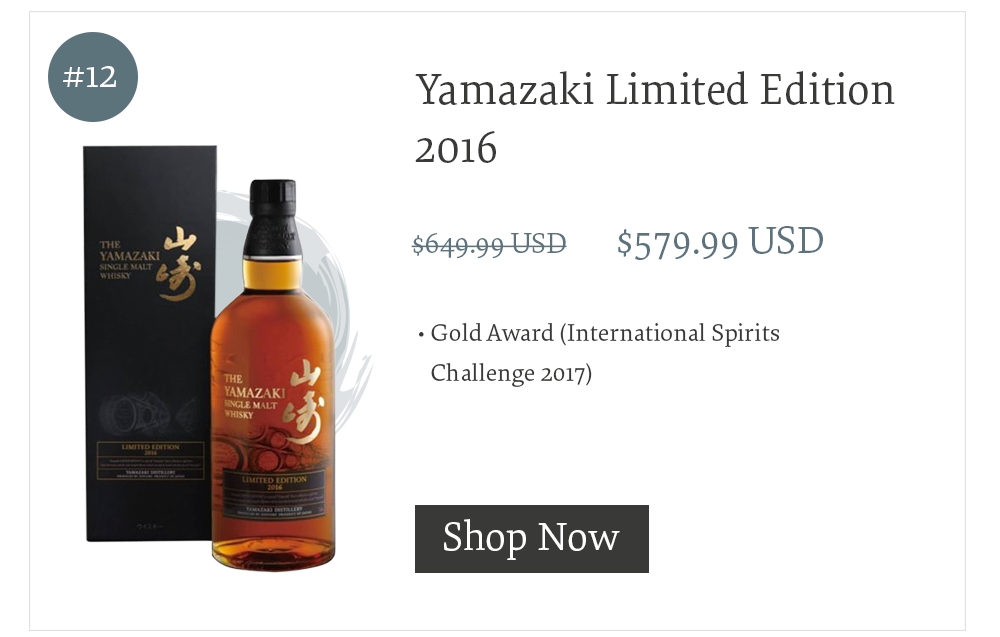 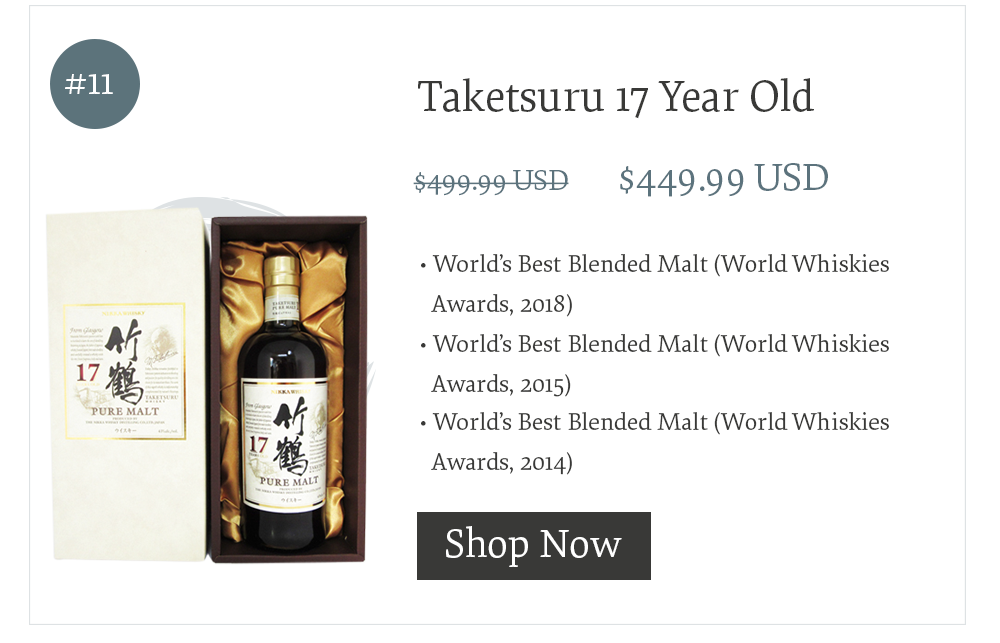 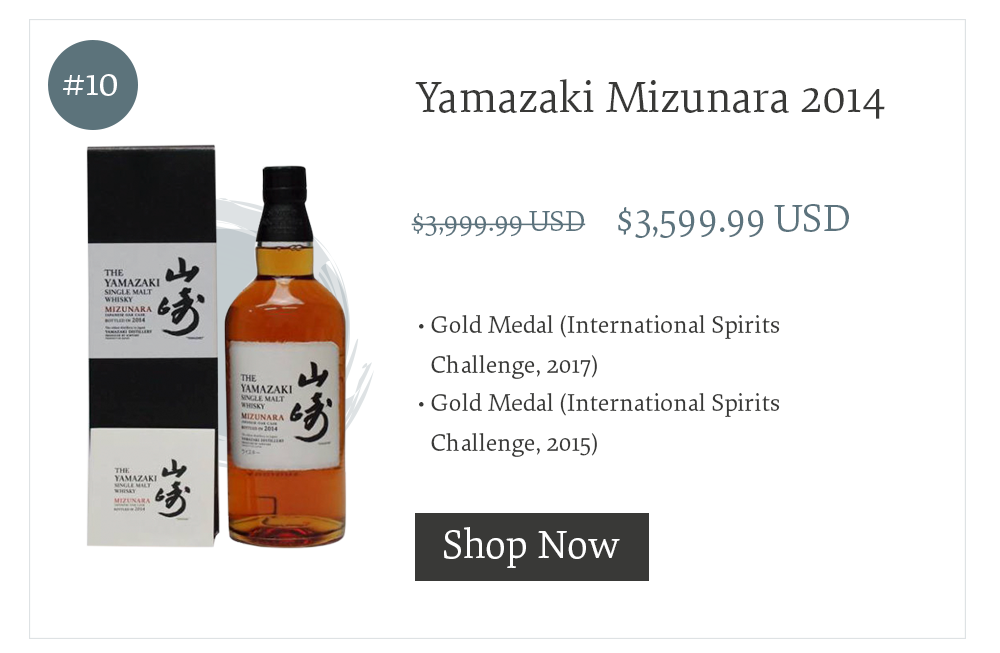 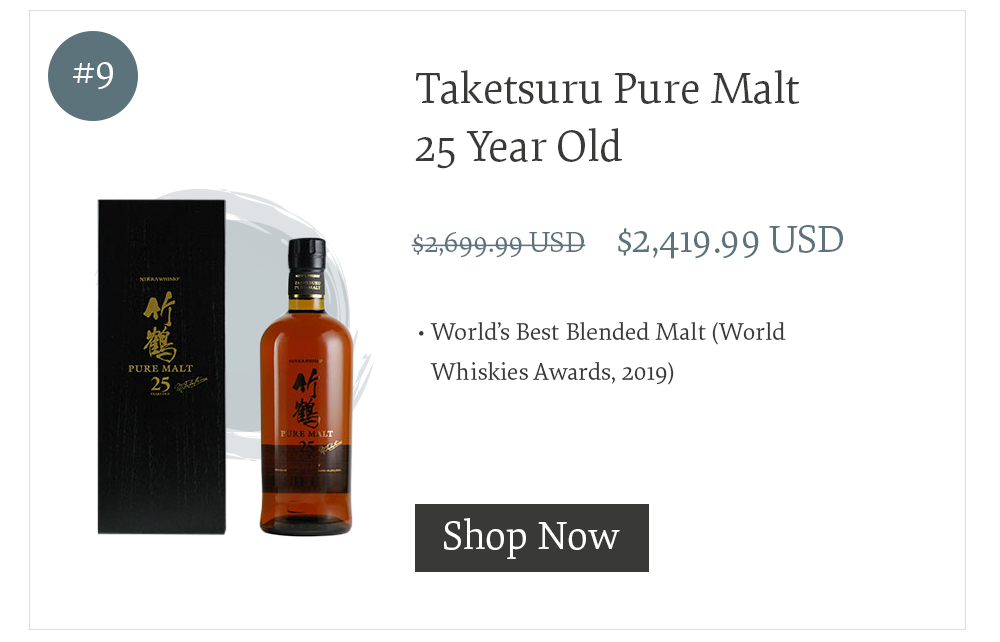 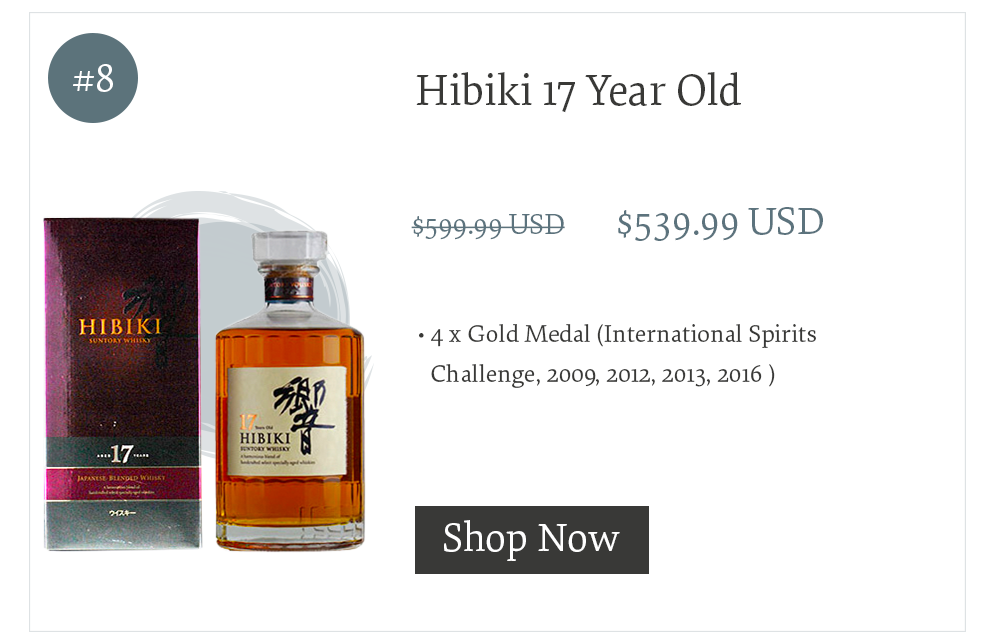 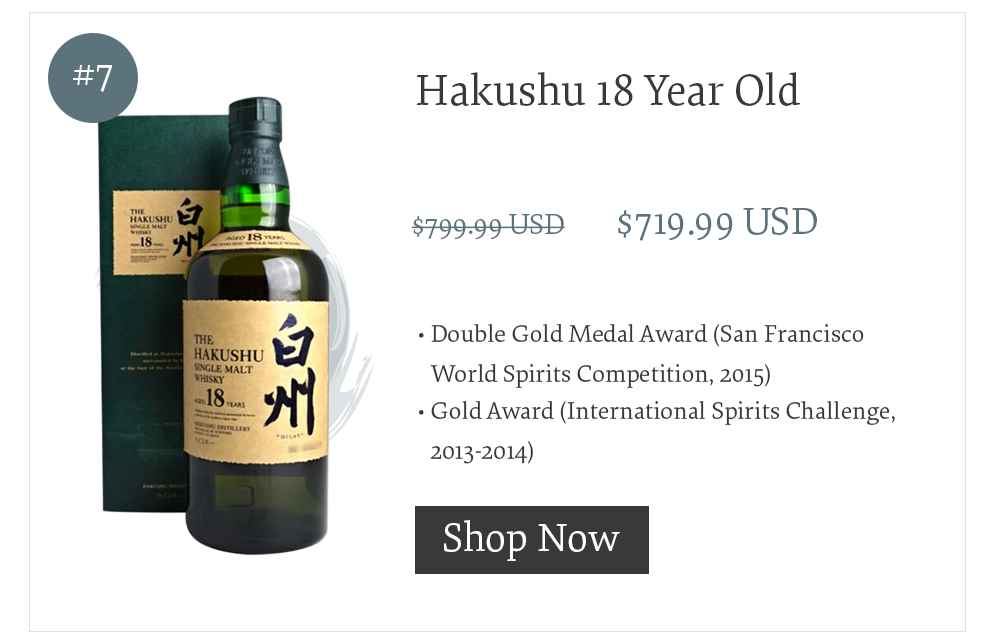 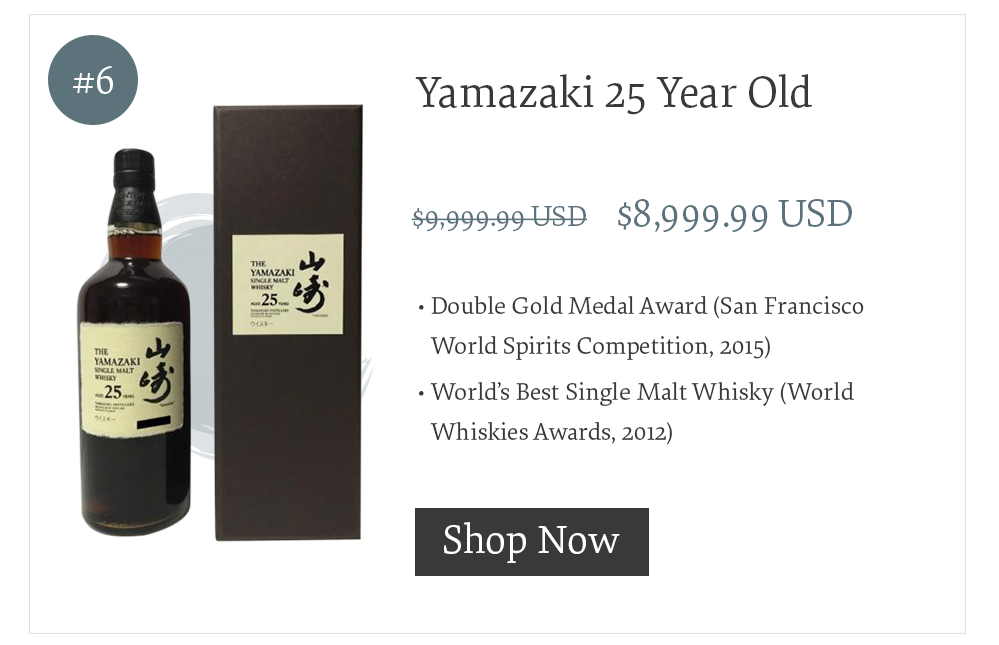 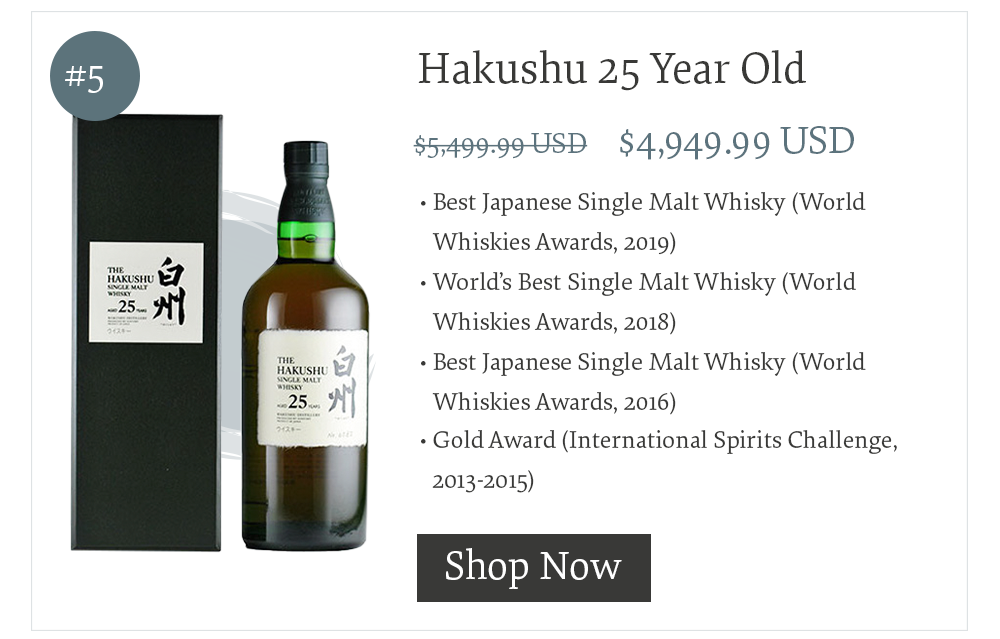 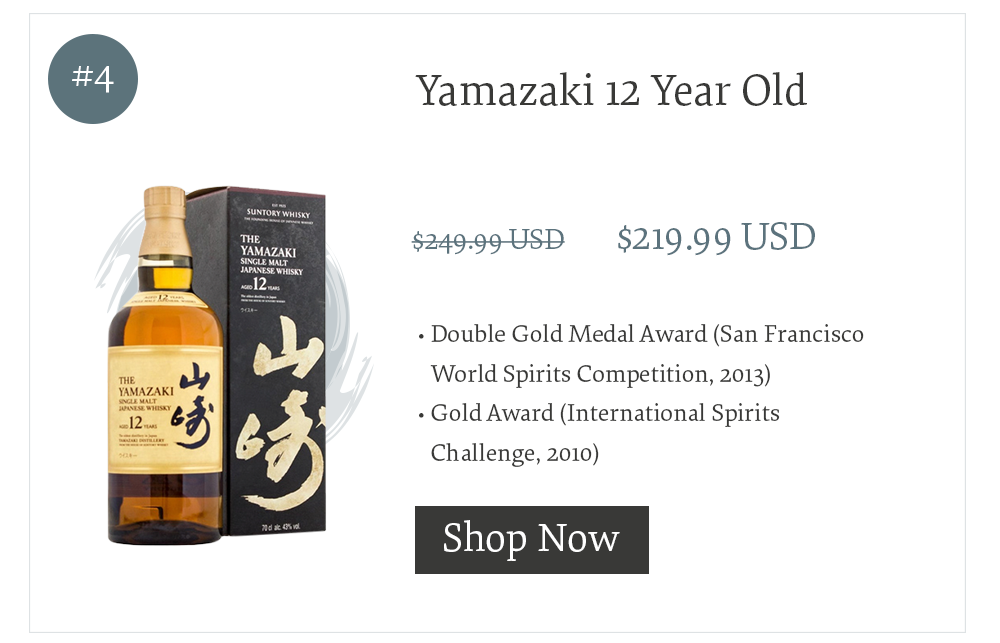 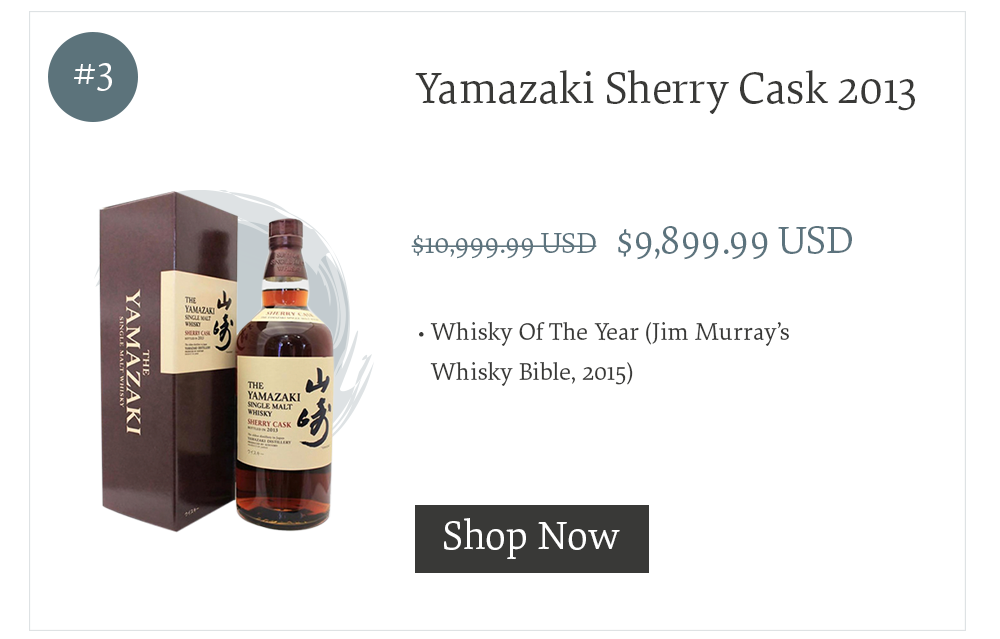 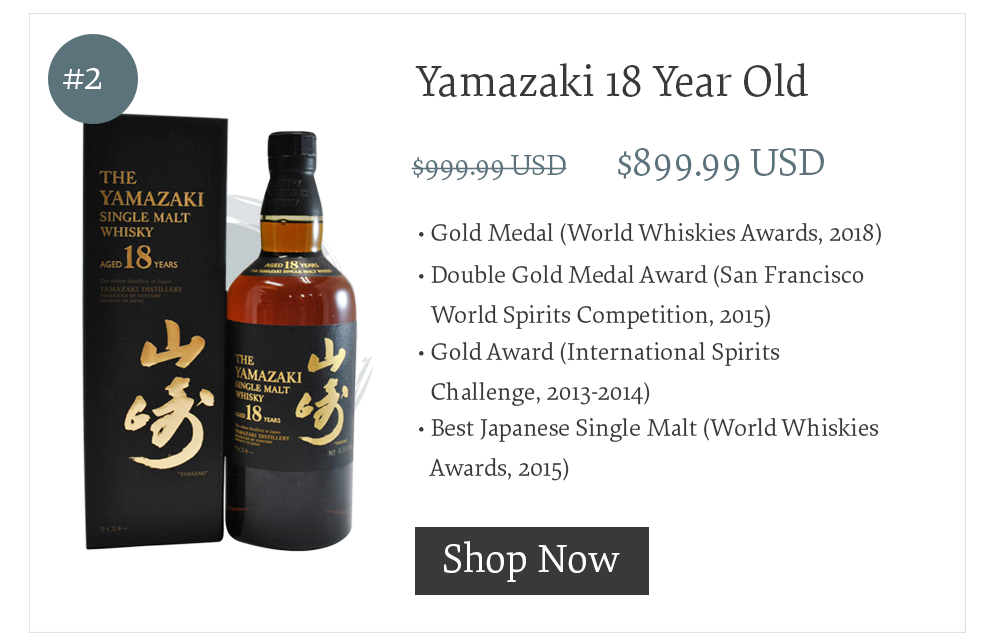 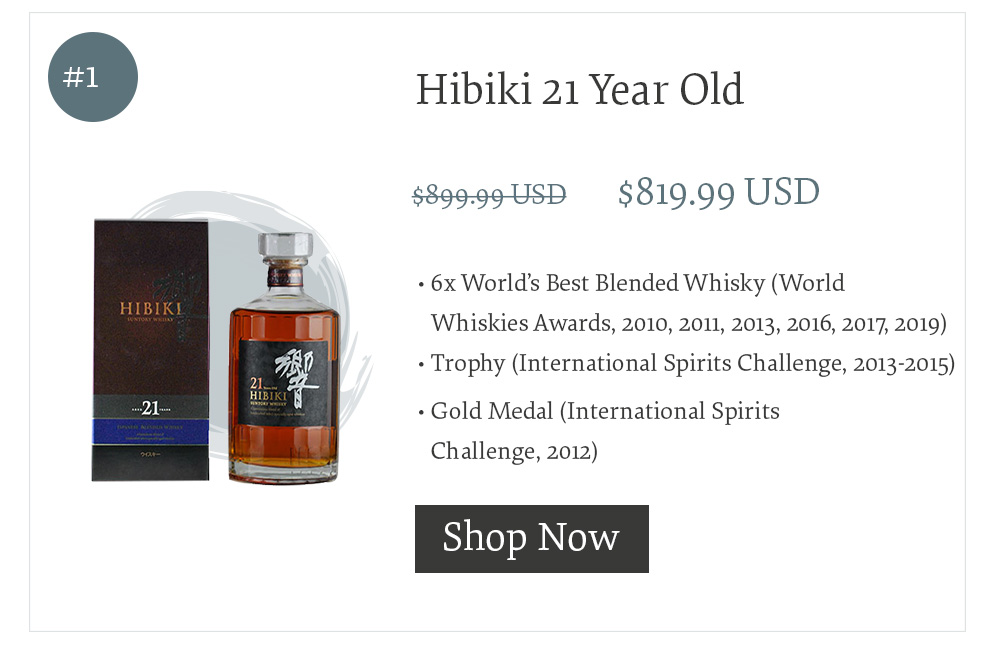