Akkeshi is one of Japan’s fastest rising craft whisky distilleries. Situated on the stunning northern Japanese island of Hokkaido, they have been distilling whisky since 2016. The distillery founder, Keiichi Toita, chose the island as the location for his whisky venture thanks to his love of Islay single malts. The climate on Hokkaido is both cool and wet, so conditions are perfect for producing a spirit akin to those made on Scotland’s most famous whisky producing island.

The town of Akkeshi can be found on the coast, where Hokkaido meets the Pacific Ocean, and it’s surrounded inland by the Bekan-Beushi wetlands. This area is absolutely teeming with wildlife and as such it’s a conservation area, meaning the distillery has to adhere to strict ‘eco-friendly’ rules when producing their whisky.

This has led to the Akkeshi producing some honest, compelling whiskies that focus on local weather conditions, wildlife and terroir.

So far, they have released a number of unique new-make expressions, titled “Foundations”, and in March of this year their first single malt landed – the Sarorunkamuy, a beautiful bottling that was lapped up by avid whisky drinkers around the world.

Now, the distillery is set to release their first full-size single malt bottling, with previous releases coming in 150ml bottles. The new Akkeshi Kanro will be released on 28th October and is now available for pre-order in our online store. 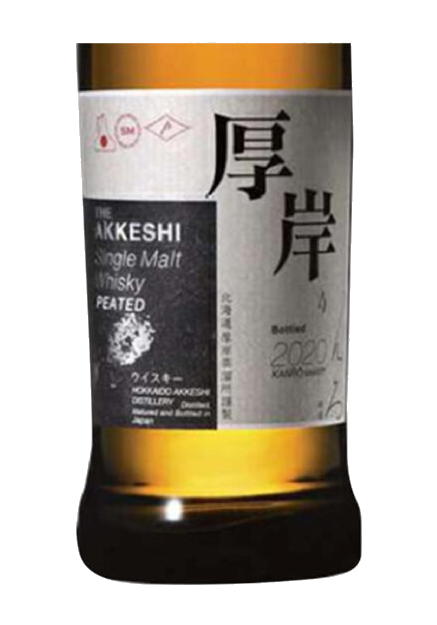 The Akkeshi Kanro is the first release in the distillery’s new “24 Solar Terms” lineup. This exciting range of bottles will explore the effects that the local weather, terroir, wildlife and farming activity have on the exceptional liquid being produced by the distillery, with Kanro translating to “cold dew”. It was created using peated malt whisky that was matured in a mix of bourbon, wine, mizunara and sherry wood before being married to create a smooth, intriguing and flavourful expression. If, like us, you enjoyed the Sarorunkamuy, then the Kanro is sure to be to your liking.

It brings gentle strawberries (a theme of Akkeshi whiskies), orange, apple and cereal on the nose that blend seamlessly with buttered toast, sour lemon and a sweet creaminess. The palate arrives with more sweetness, lingering black pepper and creamy chocolate before a medium length finish. It’s a beautiful, gentle and moreish expression, just as we have come to expect from this promising young distillery.

Much like their previous release, all of the whisky inside the Kanro has likely been aged for at least 3 years. This is yet another attractive attribute of the Akkeshi distillery – they have always been honest and had high standards from the beginning, meaning that we (the drinkers), can place our trust in their products, knowing that they are striving day after day to produce something truly exceptional, rather than something that is simply profitable.

The Akkeshi Kanro will be limited to just 15,000 bottles upon release and, if it’s as popular as their last bottling, they won’t last long.