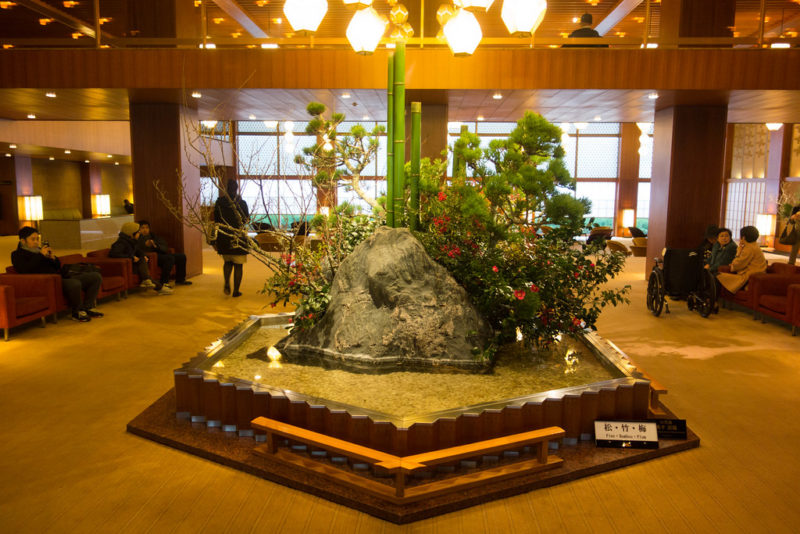 This stunning new release from Suntory was created to commemorate the launch of the plush, lavish and elegant ‘The Okura Tokyo’ hotel in 2019. One of the cities most famous high-end hotels, the Okura opened in 1962 and is roundly recognised as one of the leading hotels in the world. As the years went by, the millions of guests that passed through took their toll on the ageing building and in 2015 it was eventually demolished. Thankfully, that was not the end of the story for this amazing place, with a modern replacement being built and opened earlier this year.

The Okura Tokyo has always been renowned for it’s fantastic bar, stocked with some of the finest whiskies from around Japan, including a few exclusives that are available there and nowhere else. As a result, it was only fitting that the nation’s biggest, best and most awarded whisky company, Suntory, created something very special to celebrate the grand opening.

This bottle is one of the most elegant and lavish that we’ve ever seen, much like the hotel itself. The text on the front is etched into the bottle, furthering that feeling of extravagance and luxury. What’s more, the whisky inside is some of the best to ever be produced in Japan. Suntory have not revealed exactly what it is, but those at the Okura have speculated that it’s the famed, multi-award-winning, record breaking Hibiki 21 Year Old, and having tasted it, we would have to agree.

As if that’s not enough to get excited about, this whisky is highly limited in numbers, with only 500 bottles created, and they are only available to buy in the hotel itself. That is of course, unless you come to dekanta. Our dedicated sourcing team inside Japan have paid the hotel a visit so that you can get your hands on this exquisite expression without stepping foot outside your home.

To be one of the few to own this incredible bottle, and one of the only ones outside of Japan, order online today and we’ll deliver direct to your door.

Hibiki 21 Year Old has consistently been awarded the World’s best-blended whisky again took home that award in 2017, as well as Supreme Champion Spirit at the ISC ’17.