What is the solution to these colder days and longer nights?

Eating and, if it’s something you enjoy, drinking. And if you enjoy eating AND you enjoy drinking Japanese whisky then wait till you try pairing food with that whisky. It will perk up your autumn no bother.

Scotch aficionados have been experimenting for the last few years; they have found that pairing whisky with fatty foods works well as the strong alcohol helps to break up and transform the fatty flavours. An Auchentoshan paired with salmon turns the salmon into something a little sweeter. A Balvenie with cheese becomes a tingly taste sensation that melts down your spine. Any sherry finished whisky with dark chocolate is so good that this writer finds it almost impossible to resist.

If you are also interested in Scotch whisky and food pairings and want to take things a step further I would recommend Rachel McCormack’s book.

BUT what about us – the fans of Japanese whisky? Where the flavours tend to be much more subtle. Where the master blenders have a whole different palate on which to centre the desired flavour profiles of their whisky? Where the whisky is often harder to get a hold of and therefore any food pairing must be perfect?

Lucky it is then that, although we call them the culinary arts, there is a science to food pairings; a path through this world of Japanese whisky that will lead to guaranteed delicious combinations. Here are three excellent Japanese malts and our food pairings. 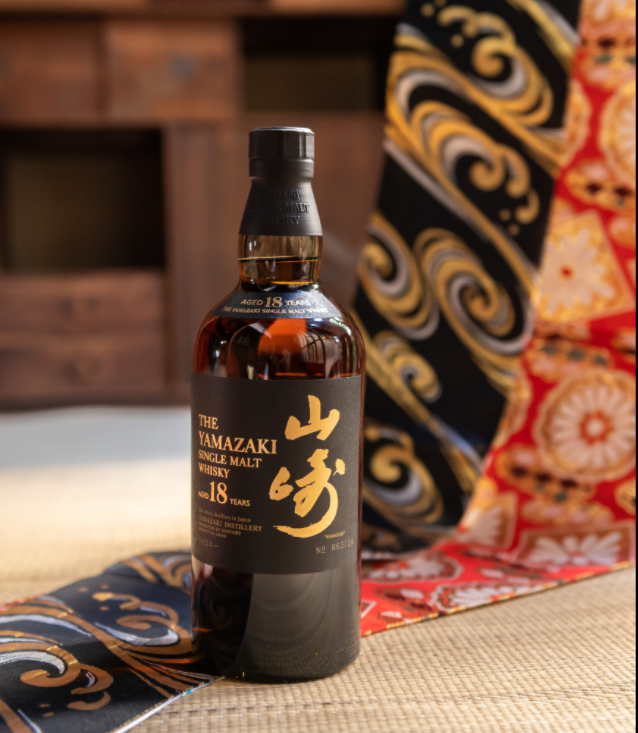 Our tasting notes for the Yamazaki 18:

These notes may have inspired you to think: what does Mizunara taste like?

Well, as George Koutsakis explained in his blog on Mizunara Oak

“The flavours you should be looking for from mizunara are sandalwood, coconut, and a type of oriental incense named kara.”

So all in all the Yamazaki 18 is pretty complex but could be said to have a rich, dried fruit flavour with an undercurrent of something more sharp and aromatic.

What food would pair with this? At Dekanta we feel this whisky would pair really well with a subdued autumnal treat. If you wanted to commit to the Asian heritage of this whisky then anything which contains Adzuki bean paste would go really well. The paste is sweet, earthy, bean-y and aromatic; providing a perfect canvas for all the colours of the Yamazaki whisky to paint on. Depending on where you are located you might be able to get a hold of some Taiyaki cakes – these would go nicely with the Yamazaki 18.

If you can’t get a hold of Adzuki bean paste then you might want to get something like a cinnamon bun. The spices in the bun complement the autumnal notes of the whisky while the soft, starchy mouth feel provides a great base for the whisky to play around on. 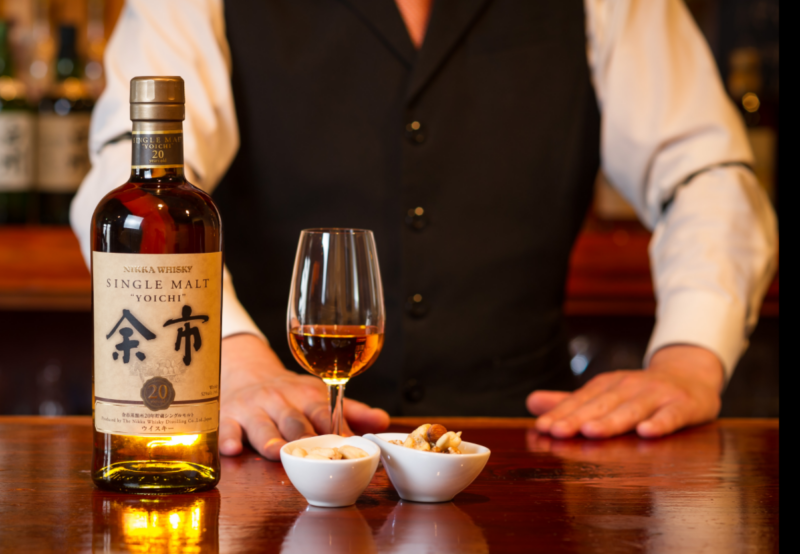 The father of Japanese whisky Masataka Taketsuru chose the northerly location for Yoichi distillery as he thought the climate there was similar to the Scottish climate in which he had learned his craft. Another little part of Scotland, on the other side of the world.

Yoichi distillery sits near mountains and experiences cool sea breezes. This, they say, allows the whisky to breathe in the sea air and soak up a salty, fresh aroma.

For a whisky that has notes of menthol, leather, sea salt and smoke you need a food pairing just as intense yet delicate.

The best food: scallops and bacon.

Imagine that salty, smoky punch of bacon muddled through the warmth of butter bonding with the similar flavours in the whisky. Then the mild, slightly sweet oceanic flavour of the scallop, walking off hand-in-hand with the maritime finish of the Nikka.

Of course you could experiment with other members of the under the sea club. Langoustine would sit nicely with the sea and smoke of the whisky while you could also emulate the Scottish practice of pairing smoky whisky with salmon. 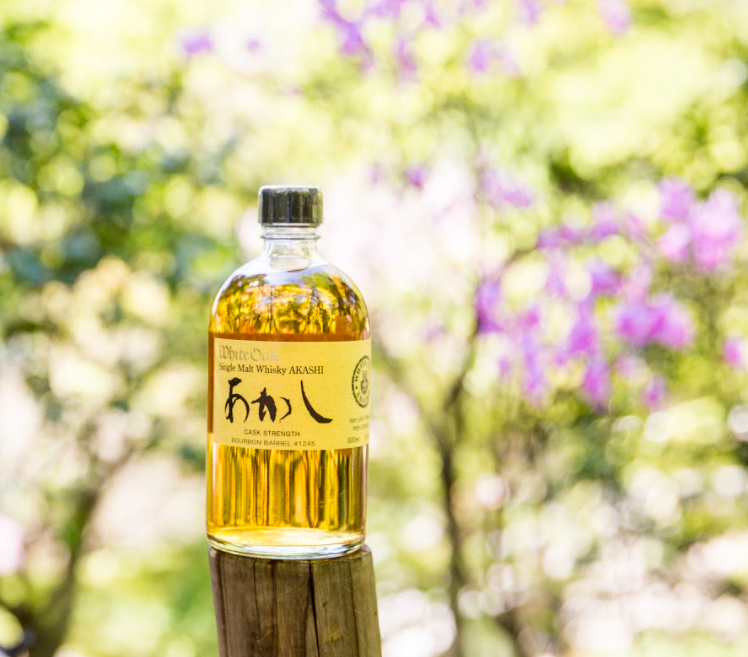 White Oak Distillery is a very mysterious distillery with some details emerged as half truth/half story out of the mists of time. Were they really brewing up alcoholic delights by the cliff edges of Eigashima as early as the 1600s? Does that mean their beer recipe is as old as Isaac Newton’s laws of gravity? Does the ghost of Isaac Newton, outraged that we would use science to make such tasty drinks, steal whole cases of Akashi and is he in fact the cause of there being so few in circulation?

There are a few Akashis out there and many of them are finished in a sherry cask. Our notes on the 3 year old sherry finish are

‘Despite being quite young, this whisky brings a range of intriguing notes to the table, with the deliciously floral Akashi spirit combining perfectly with hints of dried fruits, sticky dates and cinnamon spice imparted by the sherry cask.’

For a whisky that has a floral spirit and cinnamon notes from maturation you would most likely pair this with something also floral but darker and more bitter. A dark chocolate would do nicely, preferably one that is a pretty high percentage of cacao but with light and floral flavours.

To enjoy some dark chocolate with some Akashi whisky we would recommend first taking a sip of the whisky, tasting it and then taking a small piece of chocolate and let it sit on your tongue. Roll the chocolate and the whisky round your mouth. Notice how the flavours develop for 3 or 4 seconds. Finish with another sip of Akashi.

For us the floral notes of both the chocolate and the Akashi are heightened. So at first you get a sort of rising violet flavour. Then things develop into something a little richer, the bitter flavours of the chocolate melding with the cinnamon undercurrents of the whisky. Once it’s all over and done with you are left feeling warmed and with the sensation that you just had a spicy hot chocolate.

Nothing better to warm you up on a cool Autumn evening!

See more about this whisky here.